Me being a photographer, you might reasonably assume that I’m visually driven. True, but I’m also a keen consumer of ambient sound. I think of places I frequent as having a palette of sounds. A sound signature of sorts. Work places in particular have very distinctive sounds: the click of the door strike, the bleep when someone joins your conference call, the hiss of the coffee machine, the whirr of the paper towel dispenser, the elevator bing. The example above is particularly delightful because of the long rumbling decay that rattles on long after you think it’s done.

Alright, Hubsters, where is this? And what other sounds define the Hub?

A friend of mine, David Jensenius, explores sound in his art and in fact we talked about ambient sound palettes right here at the Hub during the Fluxible conference last year. David created an iPhone app called FoundSounds that allows you to capture, geotag, and share environmental sounds. It also allows people to take a “sound walk” and experience previously shared sound based on location. iPhone-deficients like me will have to continue to share sounds the hard way.

Like all of my best gigs, I learned a few things trying to capture the clip above. I shot this on my BlackBerry Z30 mounted to a tripod and it can be pretty painstaking to square up the shot. Also learned that –32C windchill makes even 5-minute shoots painful. Speaking of wind, it can totally overwhelm the microphones and obliterate the audio you’re actually trying to capture (click through for my no-cost fix for that issue). Over the course of three separate shoots on this, I discovered that my coat makes a *crink* sound every time I turn my head to see if traffic is passing by. I also have an intermittent habit of talking to my gear, which undesirably shows up in the audio track. I learned Adobe Premiere Pro has an occasional fit and becomes convinced your media is offline. And finally, I learned (again) the necessity of recording a chunk of ambient location sound without the specific “action” that you’re going for. If we’re learning, we’re winning.

Click through for the reveal and a makerly tip on recording audio outdoors with your phone. 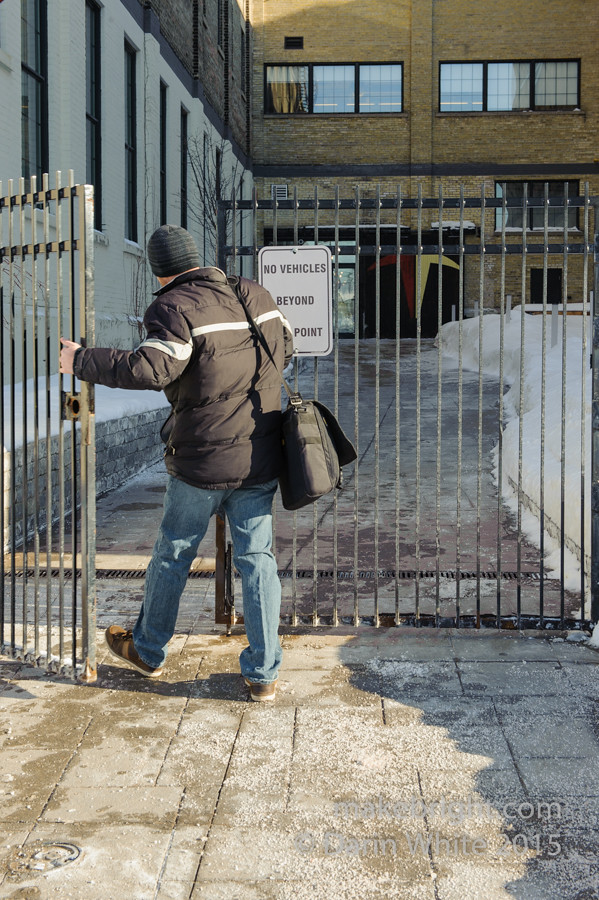 Yes, indeed: the clanging BEYOND is the loose sign on the spring-loaded gate to the west entrance off Joseph Street. Try it yourself and enjoy the big cymbal-crash, but also listen for the long decay and spontaneous rattle in a good wind.

Crunch of the salt. Smaller chunks make a different sound than the chunky stuff I buy for home. 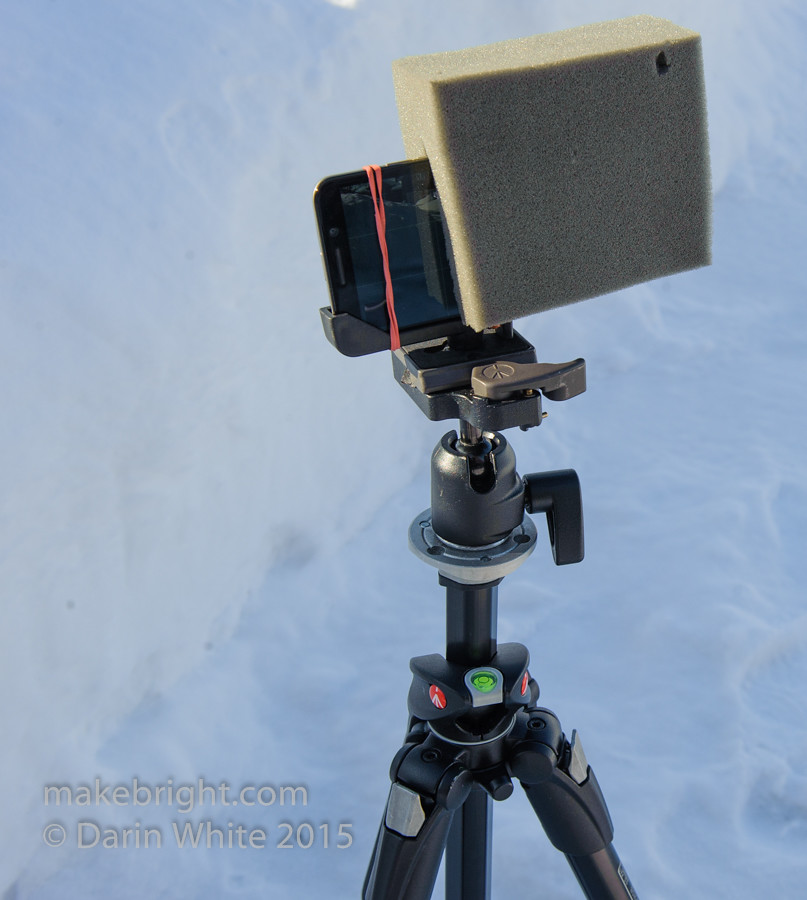 Pro-lo-fi-tip for field recording on your phone: a hunk of packing foam jammed over the microphones works like a miracle to defeat the wind noise gusting to 24kph. Don’t leave home without your… chunk of foam from the trash. For best results, cut with a serrated knife from the kitchen. Ahem. 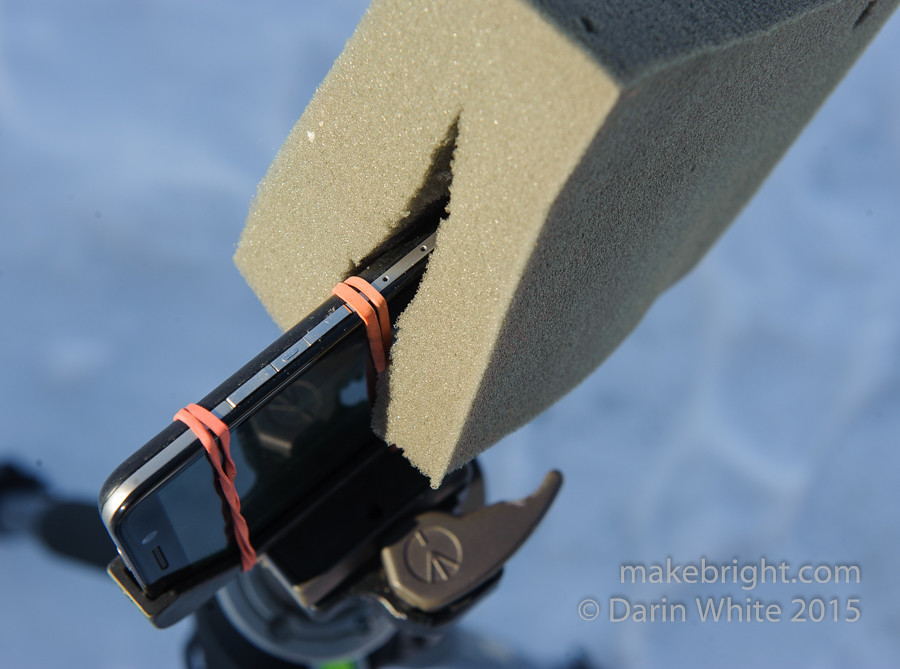 Pro-tip #2: the stereo microphones for video recording on the Z30 are those two holes right there on the edge of the device. Once I figured that out, I was able to stop screwing up my audio by *not* inadvertently clamping a finger over the holes. This small usability issue aside, the Z30 has the best audio of any device I’ve ever used.

This entry was posted in community and tagged Communitech, HubHaps, sign, soundscape. Bookmark the permalink.

1 Response to Hub Haps #017-our destination