World Press Photography exhibit in TO for 1 more week 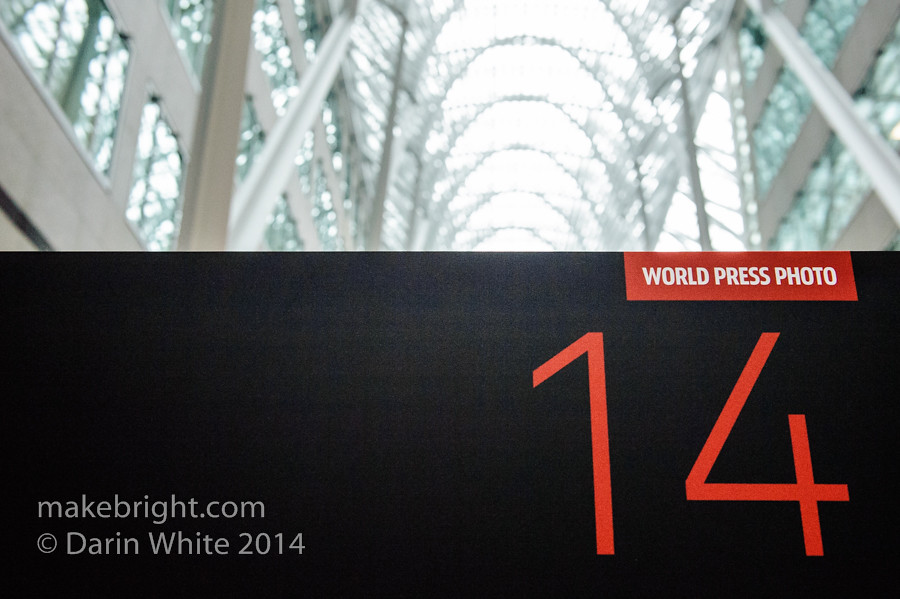 Before leaving Toronto on Monday, I hit the World Press Photography exhibit at Brookfield Place on Bay Street. The show blew my hair back. If you have doubts about whether still photos can move people, see this show. It is on until Tuesday, October 21. Open 9am-9pm every day.

Sure, you can browse the winners on the web, but it’s a whole different experience to be in front of the five-foot-wide prints in all the sunlight streaming down. Got me right in the gut. 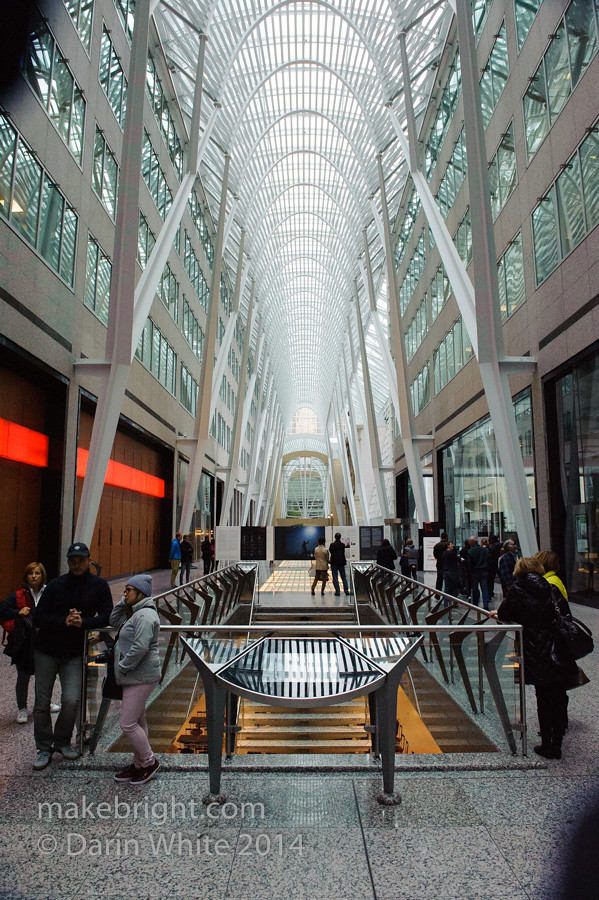 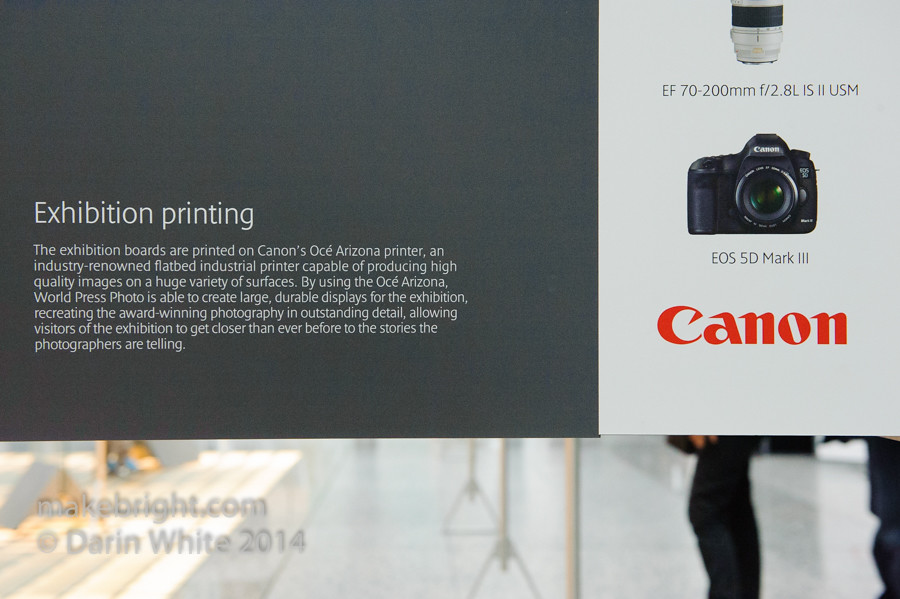 The prints were beautiful. And huge. 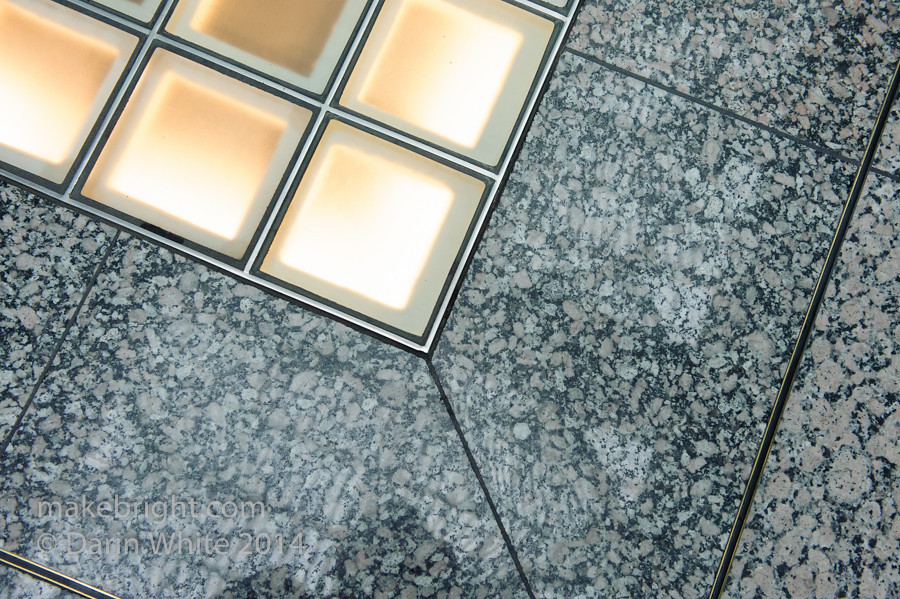 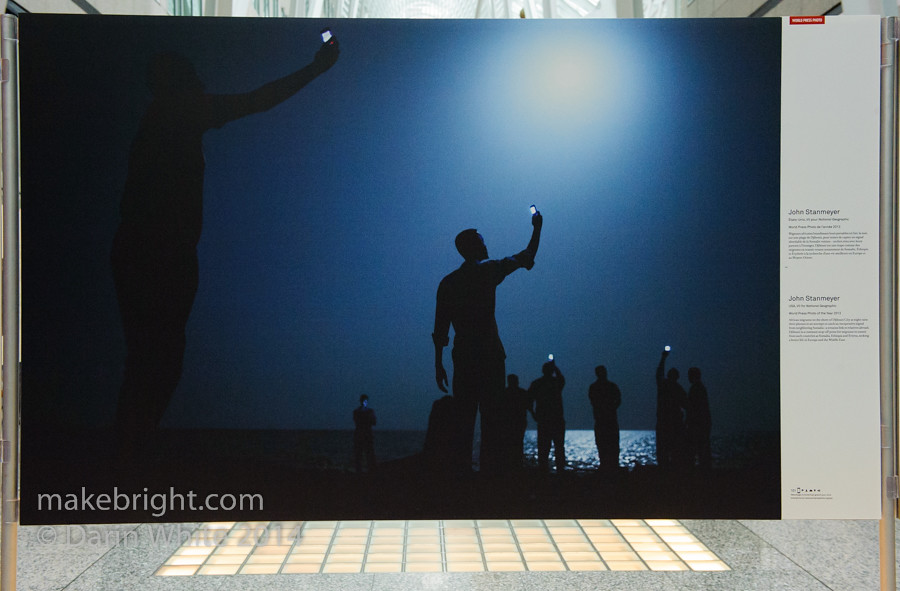 My shot of John Stanmeyer’s award winning photograph SIGNAL. Regular readers know I’ve been finding subjects illuminated by backlights in the night, so this shot by Stanmeyer rang my bell. 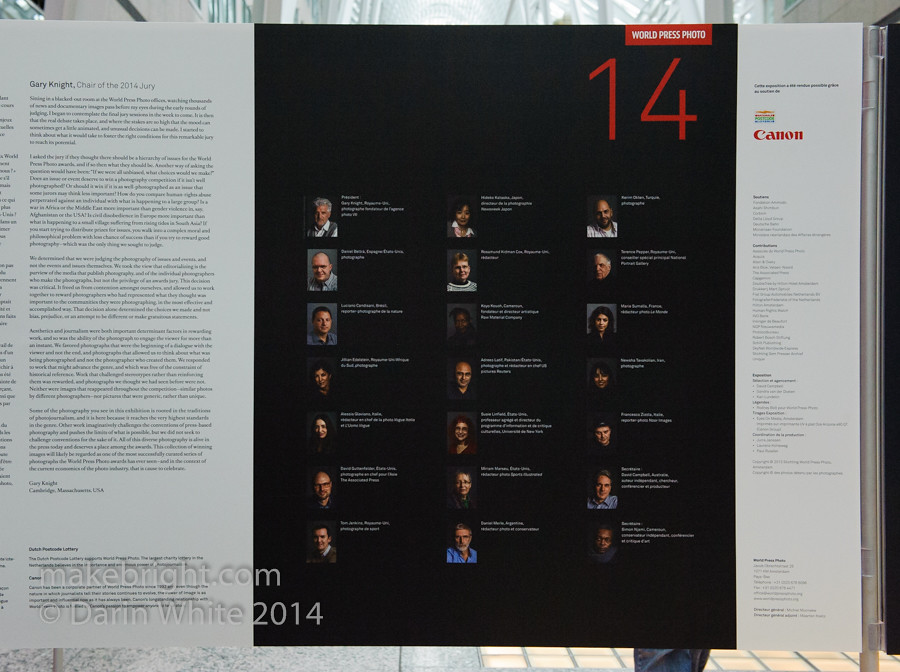 A big jury for a big job. 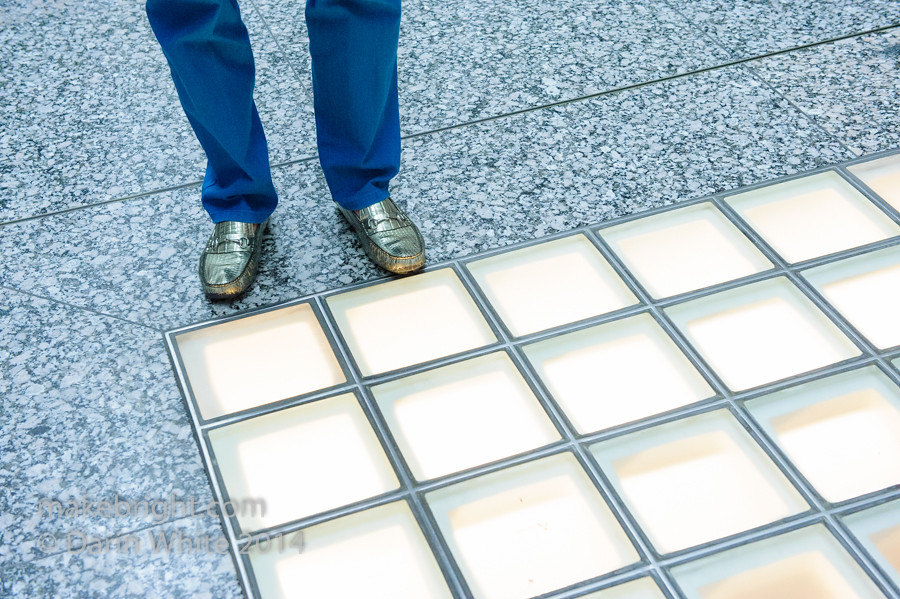 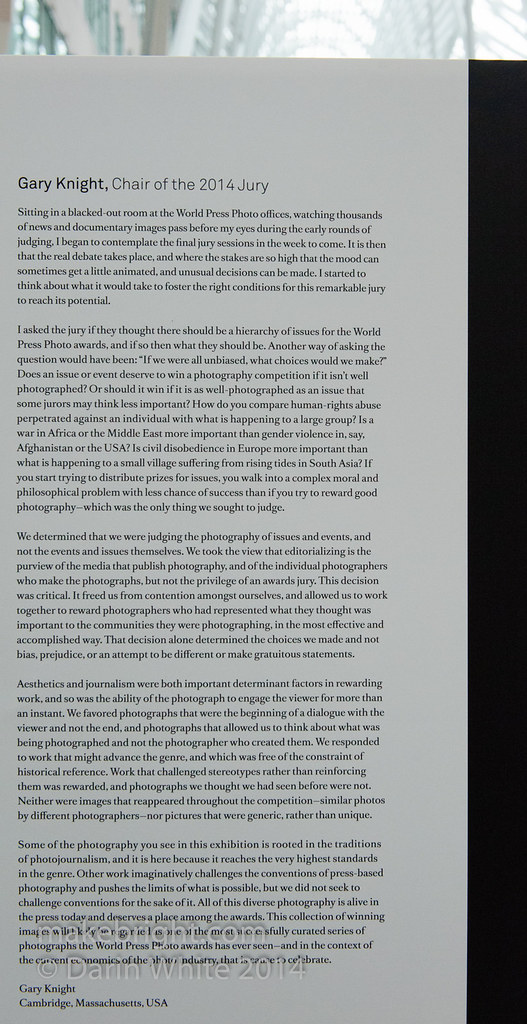 This piece by Jury Chair Gary Knight was really thoughtful. I pulled out this excerpt… 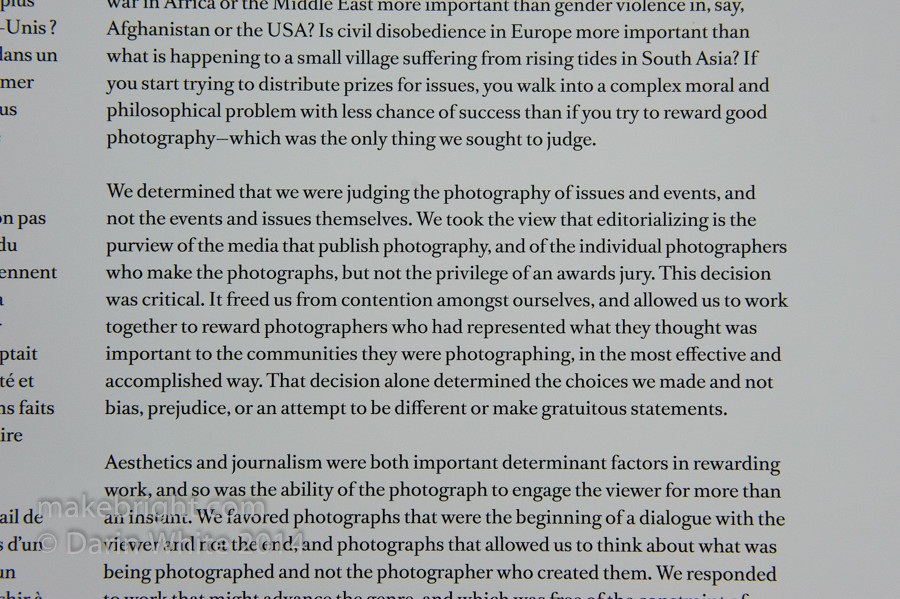 for special consideration with respect to the FLASH photo show I’m helping to organize. 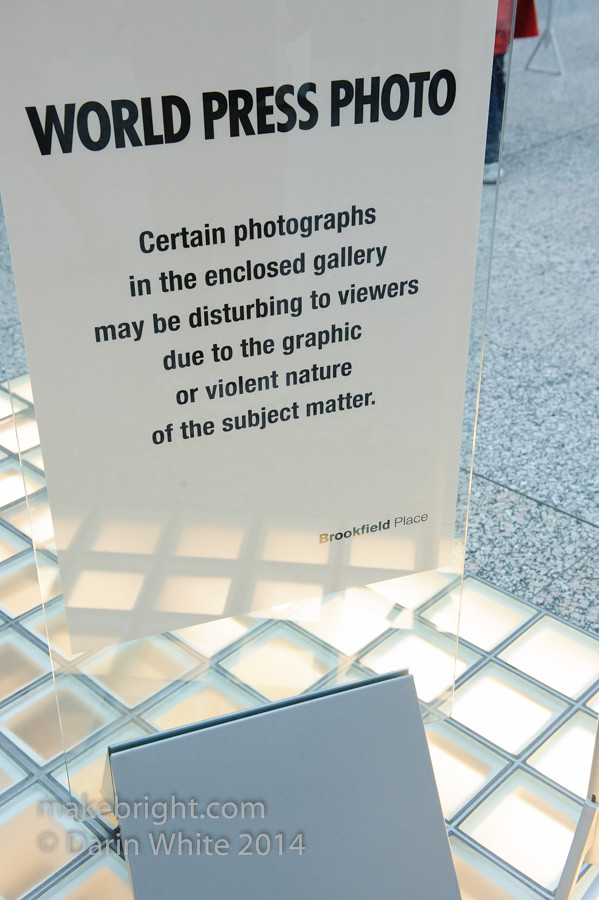 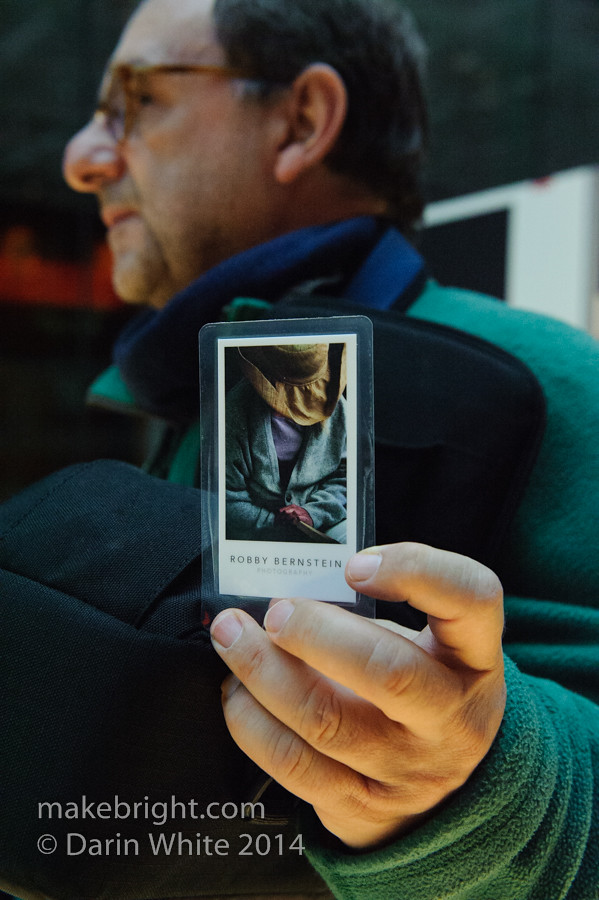 I visited the Ryerson Image Centre on Sunday to see the photo show DISPATCH that I blogged about a couple weeks ago. Well, I blogged about the talk that Louie Palu gave on his work and then the RIC closed right after the talk. Going back to see the show, toting my big camera, I was warned that no photography was permitted in the gallery. I called out the irony to the gallery shepherd and I think he smiled.

Well, no such restrictions at Brookfield, and toting my camera led to meeting photog Robby Bernstein who is the shooter behind Faces of Toronto. Like me he was carrying a Nikon D3 with the 24-70mm f/2.8 lens, which I thought necessitated a fist-bump. I don’t have a religious alignment to any particular camera manufacturer, but it seemed notable in light of all the Canon sponsorship logos in the place. 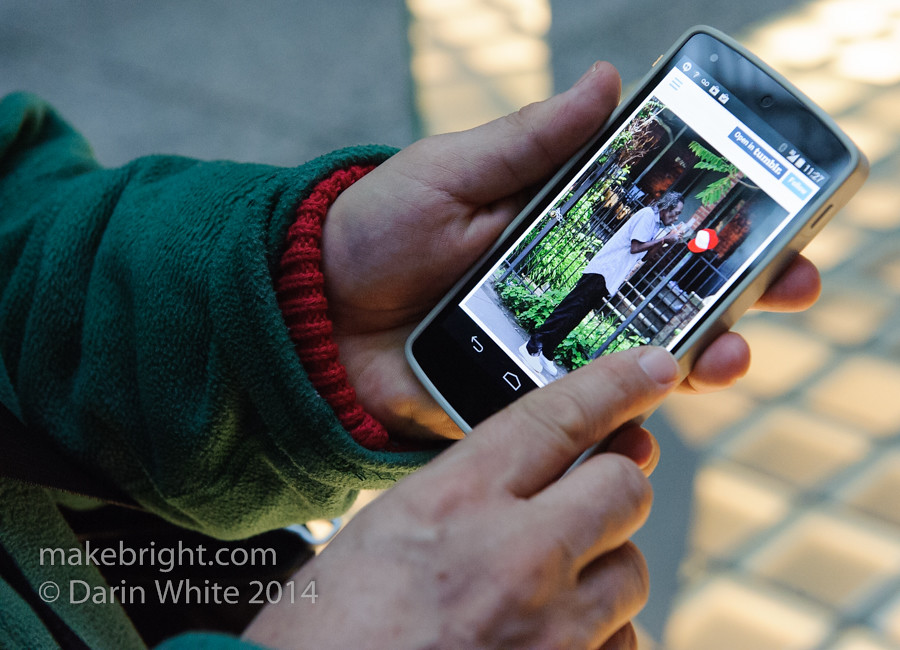 Robby showed me this photo he posted the day before. He was shooting on George Street when some locals started throwing rocks at him. This dude in the photo called him over saying “I’ll protect you” and then promptly started hitting the pipe. 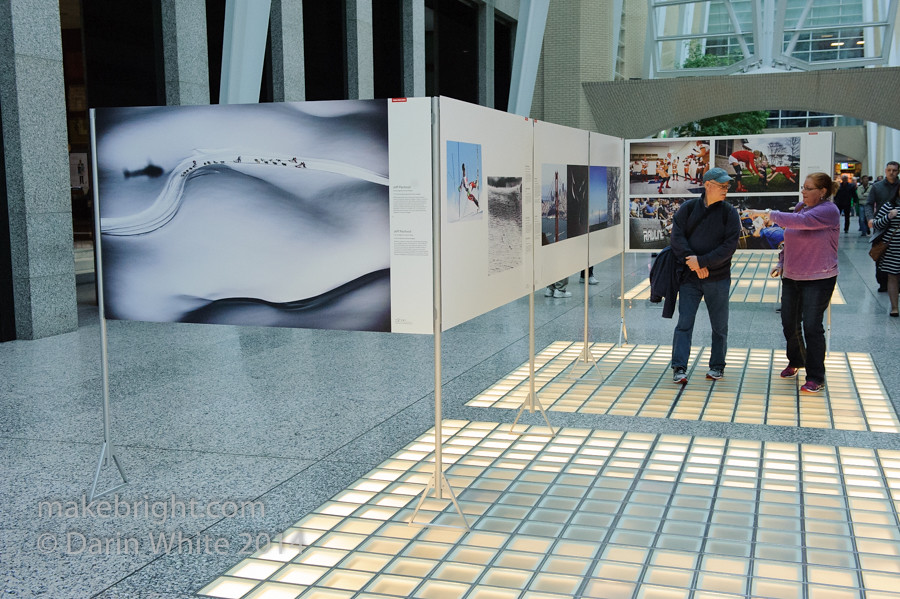 The clean setup of this show really lets the work shine. Very minimalist and effective. 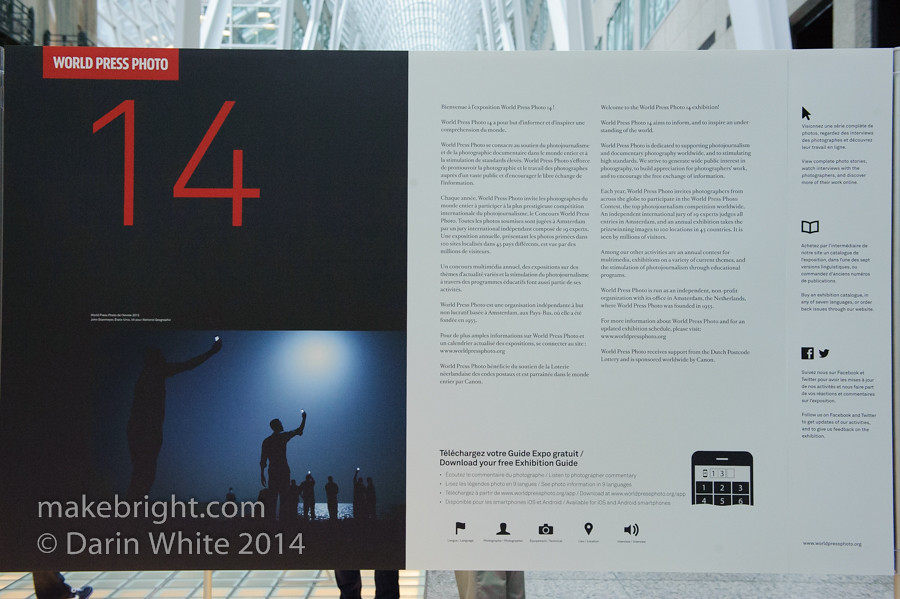 That’s it, go see the show. If you’re a lingering viewer like me, you’ll probably need a couple of hours. 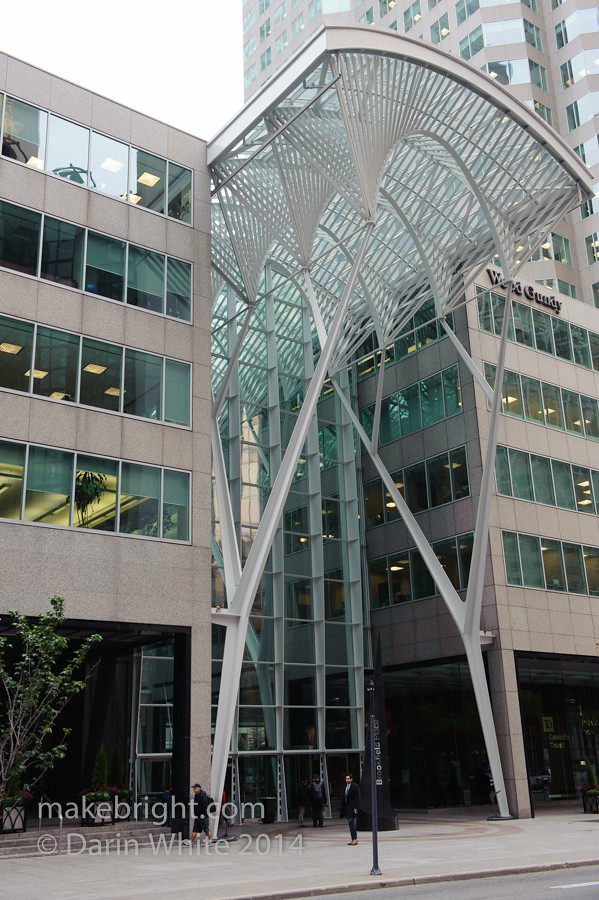 This entry was posted in photography and tagged photography, toronto. Bookmark the permalink.