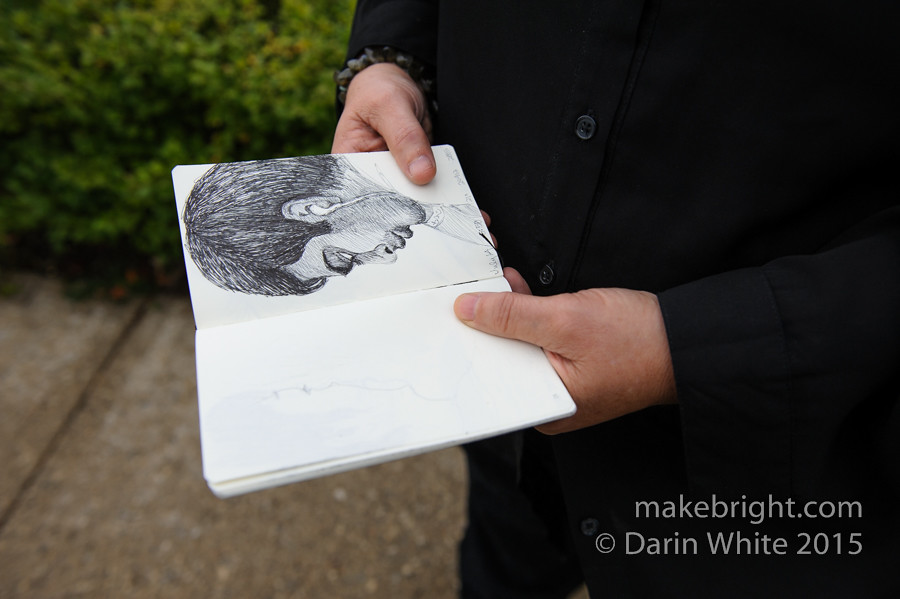 After a photo shoot for Maker Expo with Waterloo Mayor Dave Jaworsky last week, I was packing gear back in the car, and who should I meet but a great artist on Regina Street: Heather Franklin. Says I: what are your working on? Says she: let me show you. And this delightful window into Heather’s work unfolded on the sidewalk.

Ok, before I go on, you should go check out Heather’s drawings at the Fast Forward Waterloo Region (aka #FFWR) reception at THEMUSEUM tonight 6pm-9pm.  Other artists showing too. Just do it.

I know Heather as a print artist, and that’s a pretty ninja discipline to begin with. Lots of plates and stones and tools and chemicals and presses and beautiful paper and inks. It’s extraordinarily painstaking and unforgiving. Years ago, I saw a print of a dog that Heather had done. It was an etching. And it’s an oddly-small detail of that piece that set the hook in me for her work. She had nailed the contour of the hind leg. If you look at enough art, you see a lot of pretty-good-try-not-quite-got-it in the outside edge of forms. It can be such a subtle thing. You look at that curve and think: well I know what it’s supposed to be, but the bones and tendons and muscles under that skin wouldn’t produce that curve. Not believable. But Heather got that dog leg bang on. And when you see that, you’re getting a real glimpse into the capabilities of that artist and you start to look harder at their other work and find more ninja execution in other pieces.

This started rattling around in my head as I drove down to the Velocity Foundry for my next shoot. It got me thinking about other artists that hooked me. Sometimes you can see a lot of work from a particular artist before you get the hook. Sometimes you see it in the first work of theirs you see. And sometimes you never get the hook.

I’ve been hooked by this photo by Marta Iwanek. I see something like that, the light, the composition, the sensitive treatment of those subjects and I gasp and say “Holy shit, that’s amazing!” Hooked.

Got hooked on painter Melissa Doherty’s work fifteen years ago. It was a small painting of maize in an art show at Kitchener City Hall.

James Nye hooked me with a gigantic painting layering graffiti and reflections. It was in his studio on Water Street. He knows the one.

Amy Ferrari hooked me with this painting shown at the Hub back in 2011.

I’ve been a long-time fan of David G. White, but this painting blew my hair back. Happy to own it.

Greg Kirch got me with this one that now hangs in my kitchen.

Hooked by the first Michelle Purchase print of a treehouse+tree in a rowboat that I ever saw at Globe Studios.

This sculpture by Pascal Dufaux. 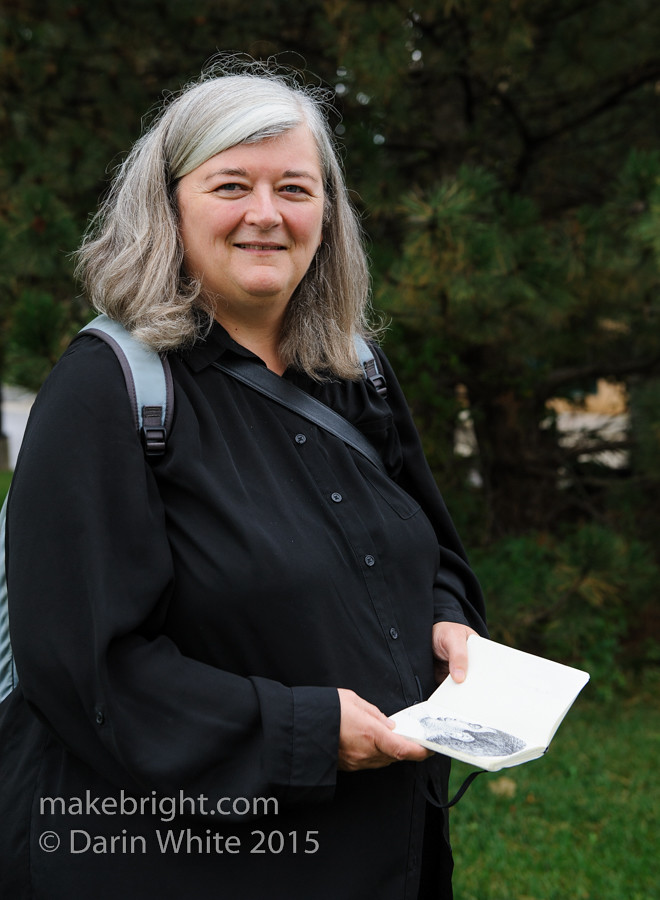 Heather has a 1.5 hour bus commute from Cambridge to Waterloo where she heads up… 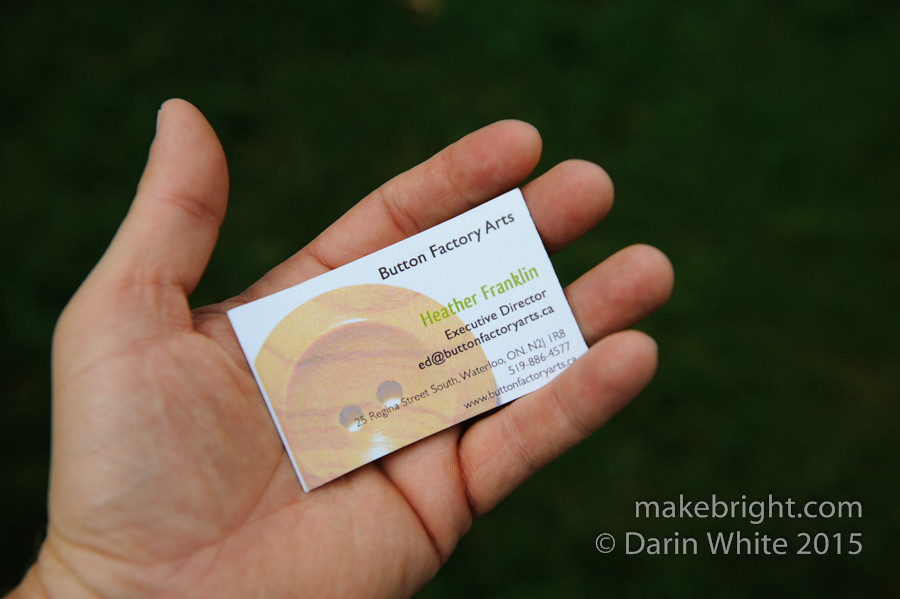 Button Factory Arts. With all that time on the bus, she draws. 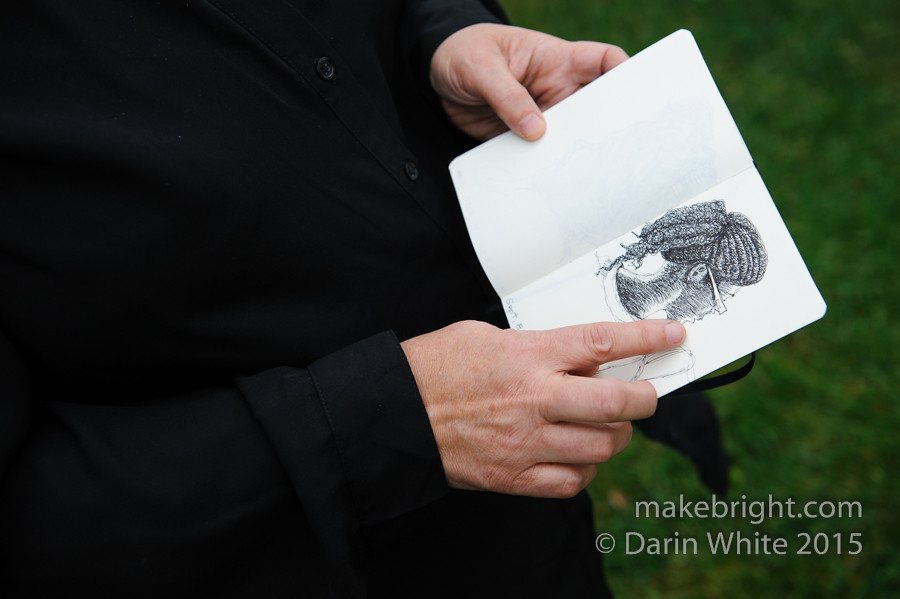 She gets all different and indifferent reactions from her subjects, when they’re aware that she’s drawing them. 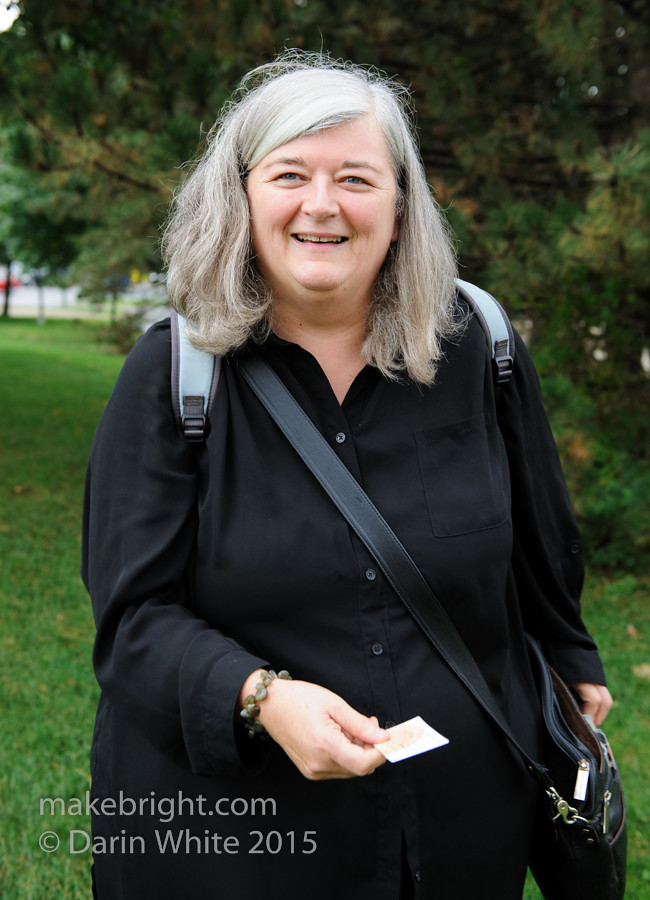 Heather hasn’t shown her drawings in 10 years (it’s been all prints all the time), she told me, so this is slightly out of her comfort zone. That’s probably a good place to be for any artist, including myself.

This entry was posted in art and tagged drawing, Heather Franklin, printing. Bookmark the permalink.