Demo day at The Mayfair Hotel 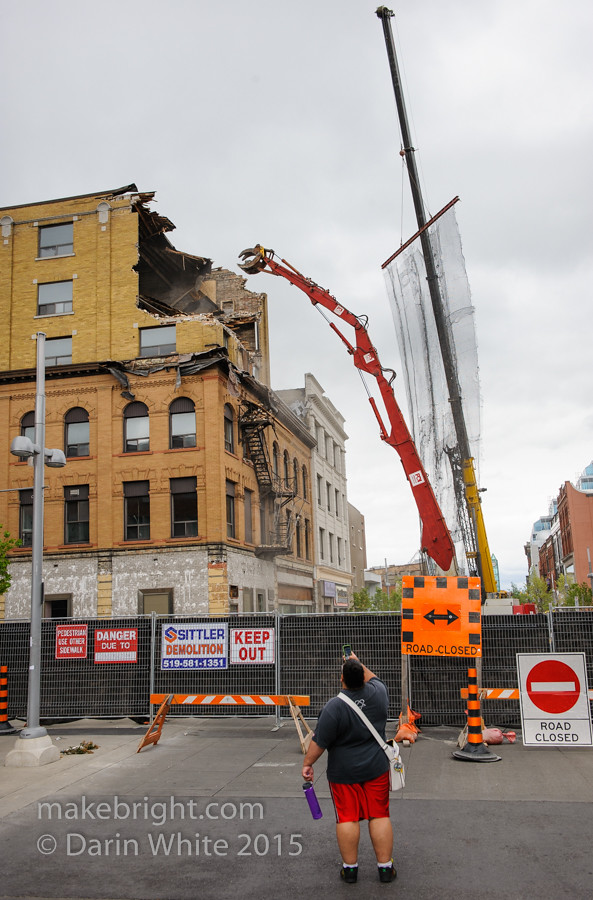 Serendipity caught me walking out of Kitchener City Hall after a meeting just as the demolition of the Mayfair Hotel was kicking off with a tremendous crash and a small crowd. Pasteur said “Fortune favours the prepared mind” and that works equally as well for photogs who habitually lug their gear as it does for scientists.

And while we’re quoting quotes, kick-ass photog Jay Maisel observes in his new book: “never go back.” You have to shoot it now. So I did. Click through for a semi-reasonable number of pics.

From King and Gaukel, this is Kitchener. 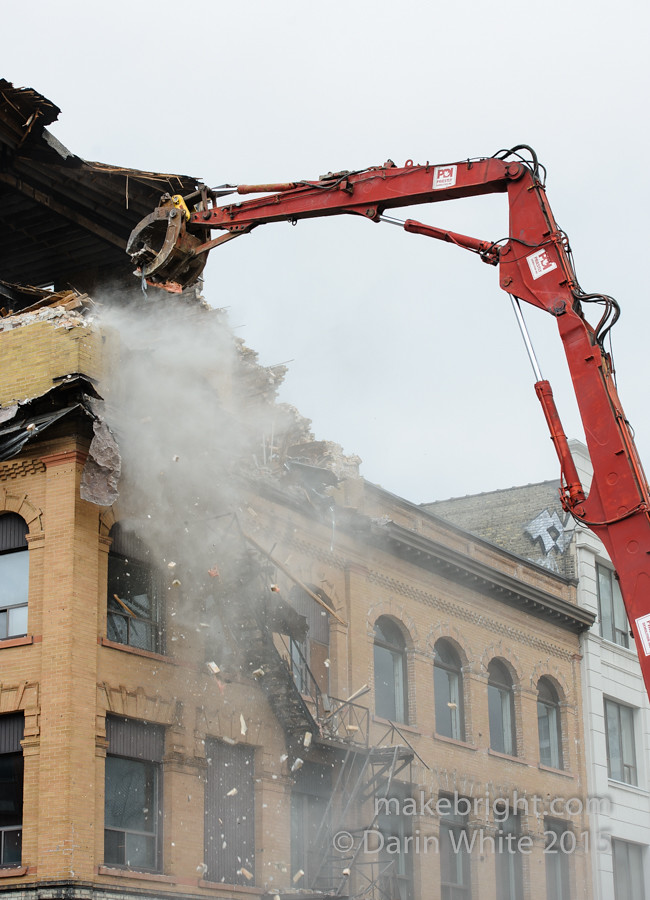 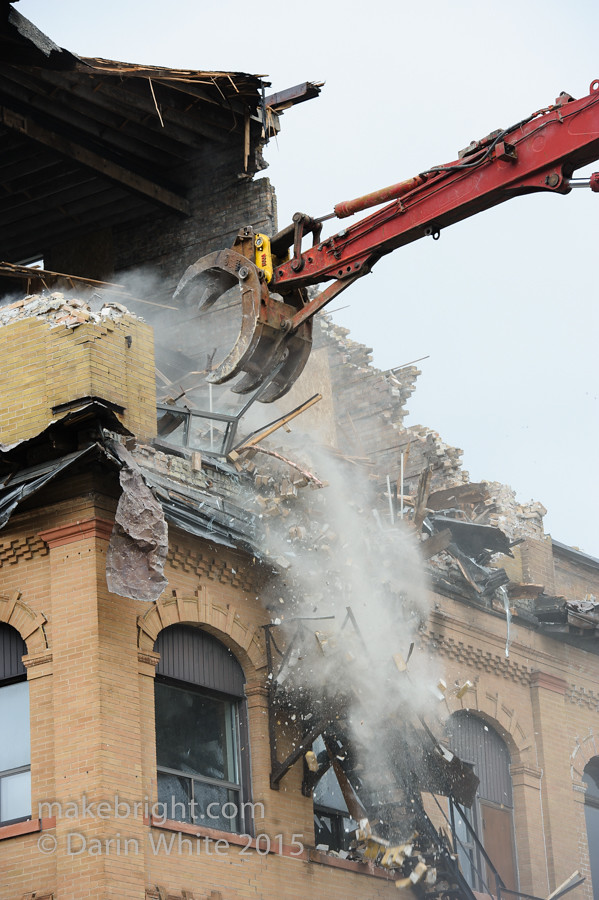 In your mind, a brick structure (as we were told in the story of The Three Little Pigs) has a certain permanence. It was pretty amazing to see this claw effortlessly pull and push the walls down. 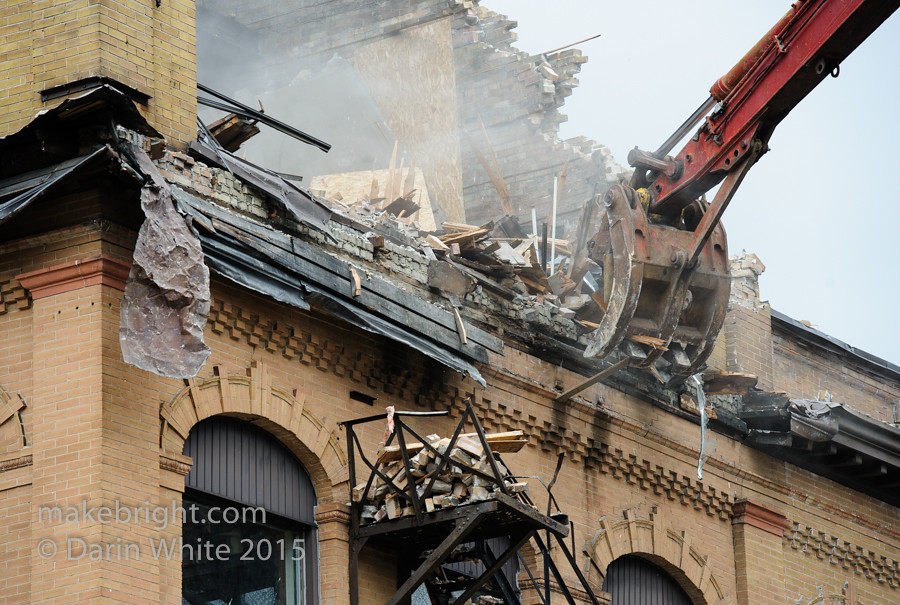 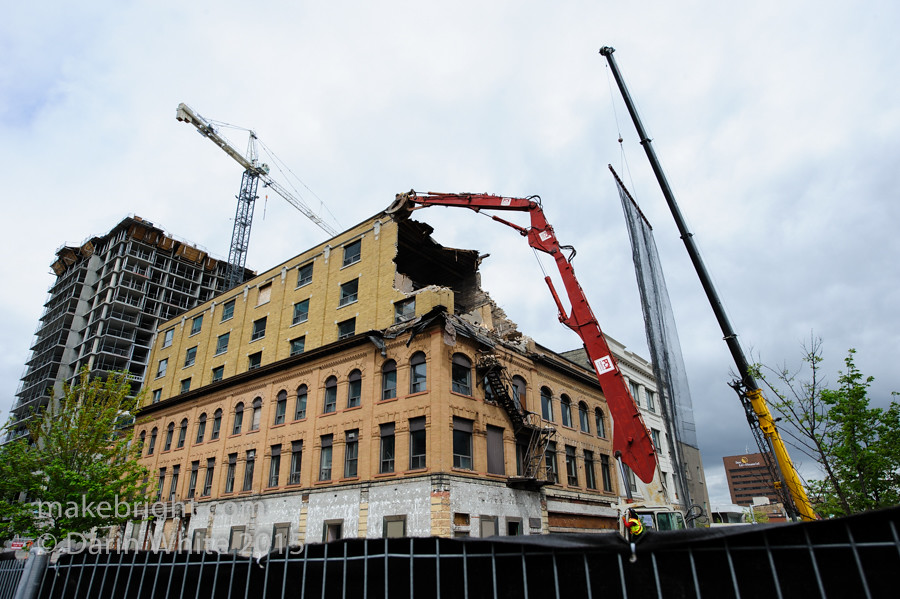 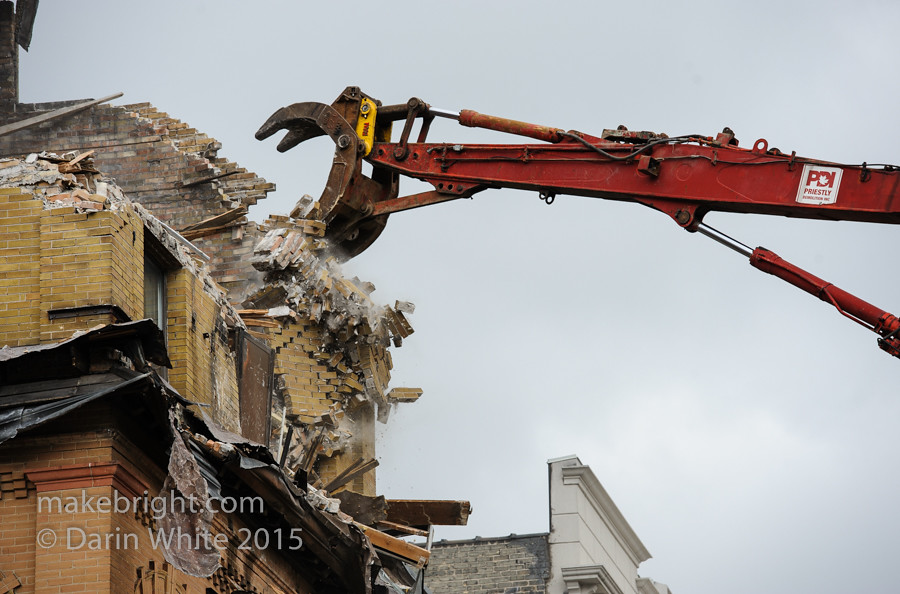 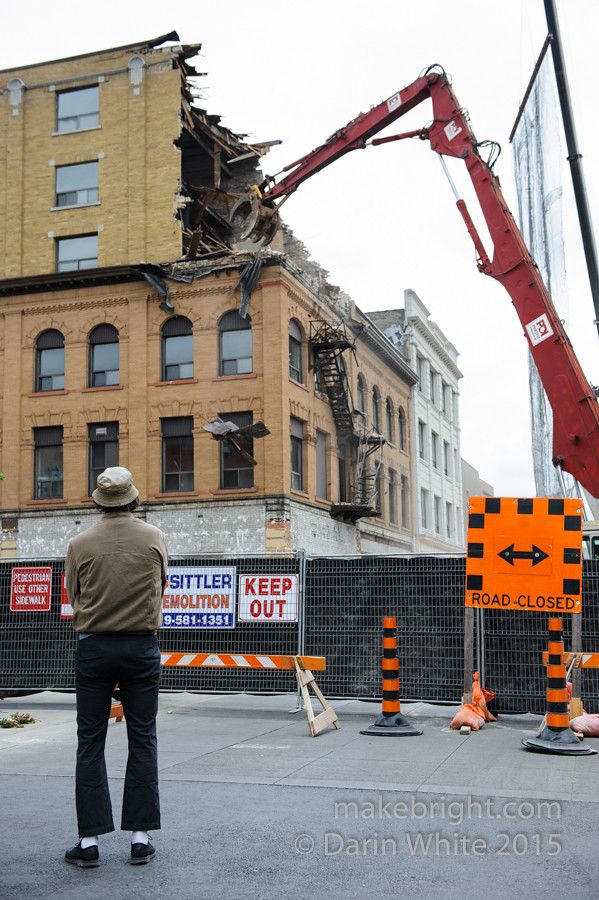 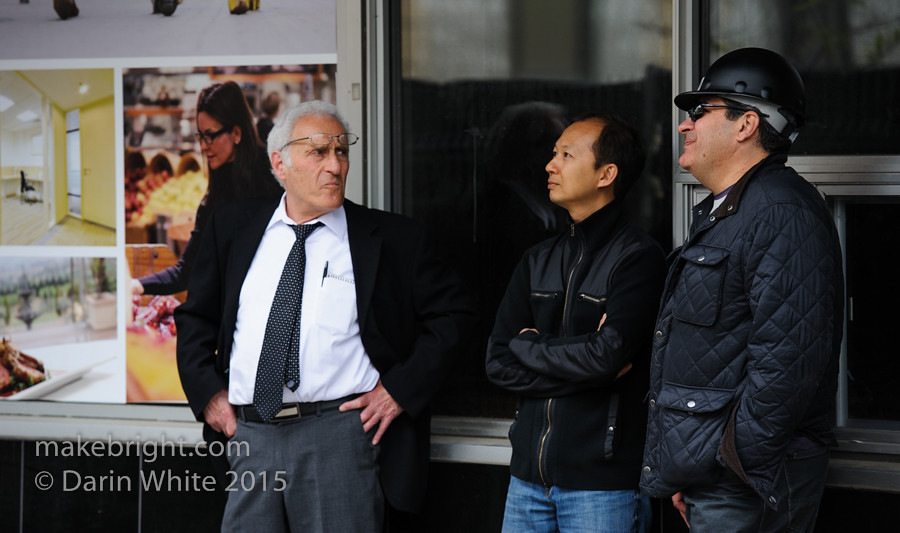 as much as the demo. 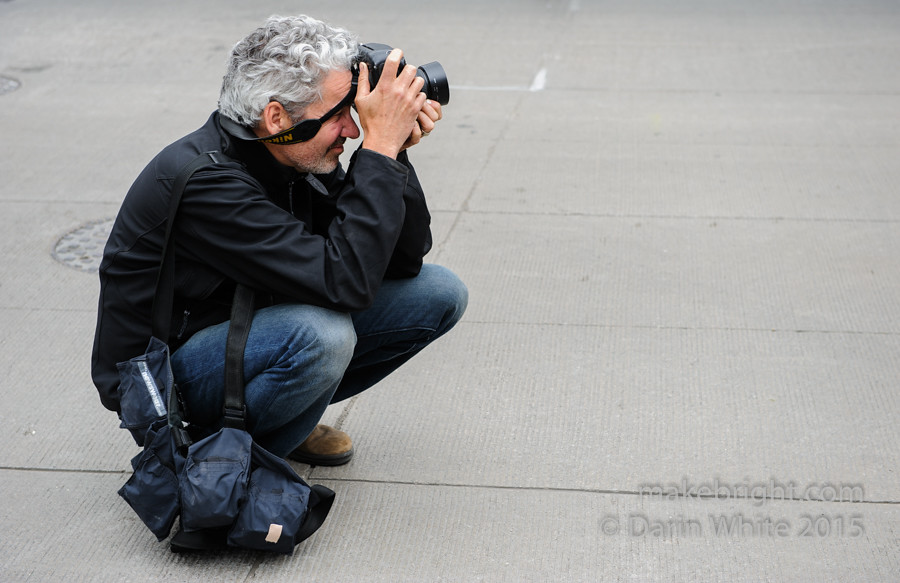 Well well, one of my fave photogs: Mr Mathew McCarthy shooting for The Record. Just waiting for the shot. 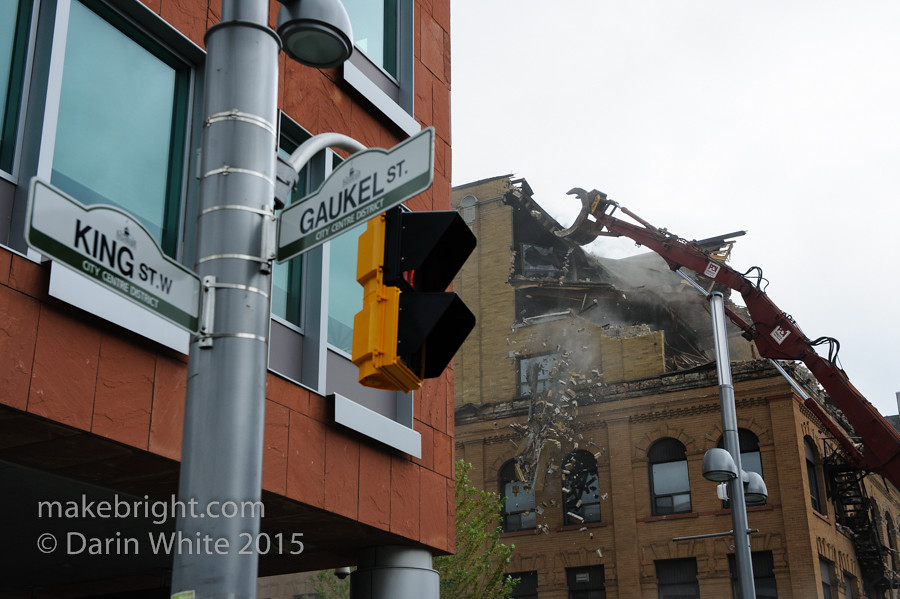 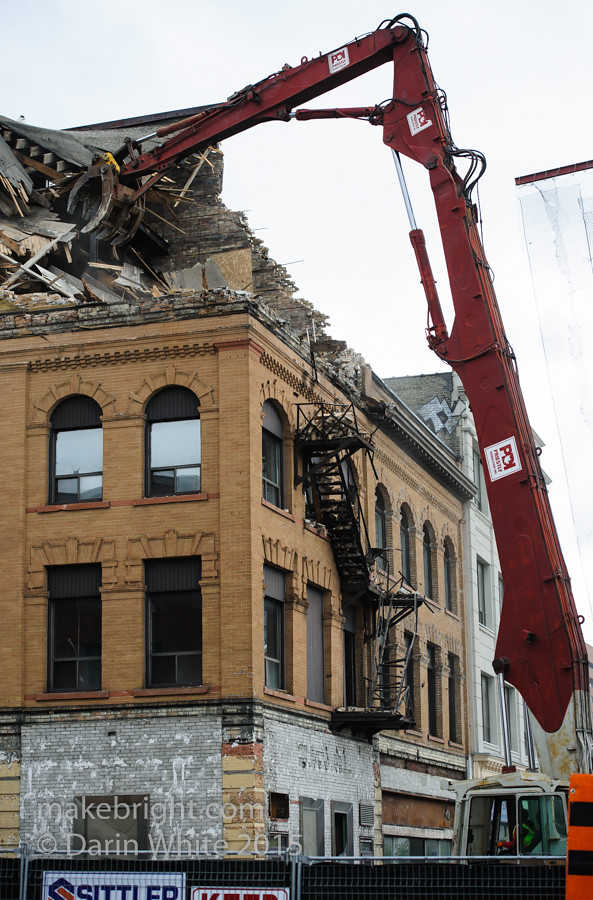 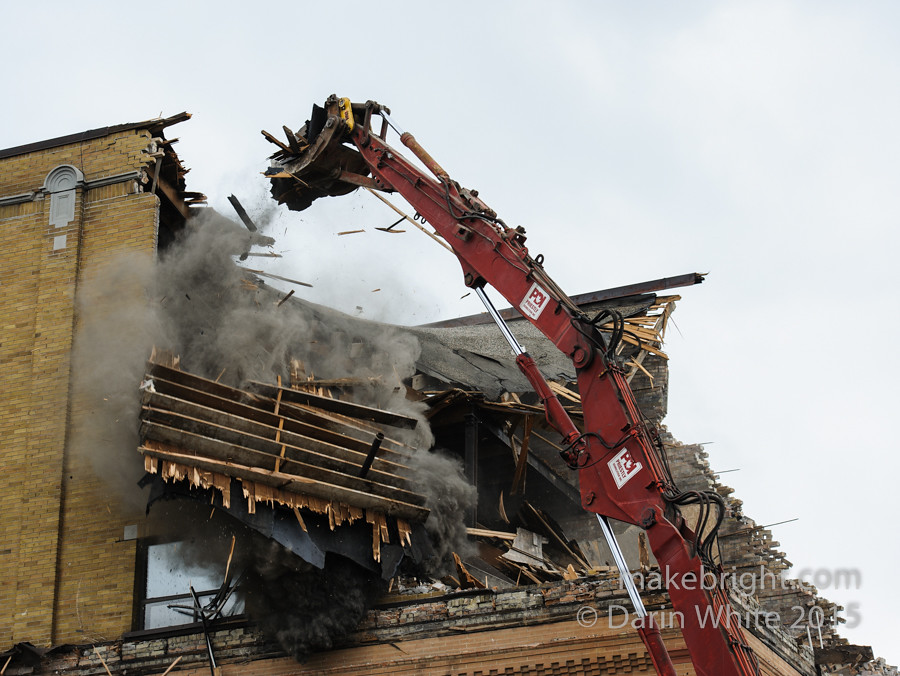 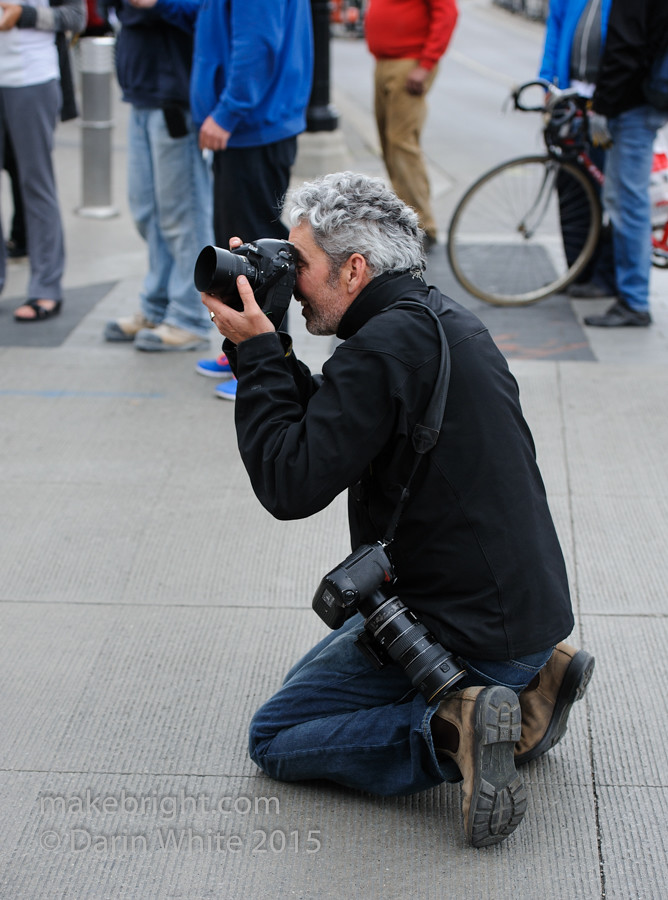 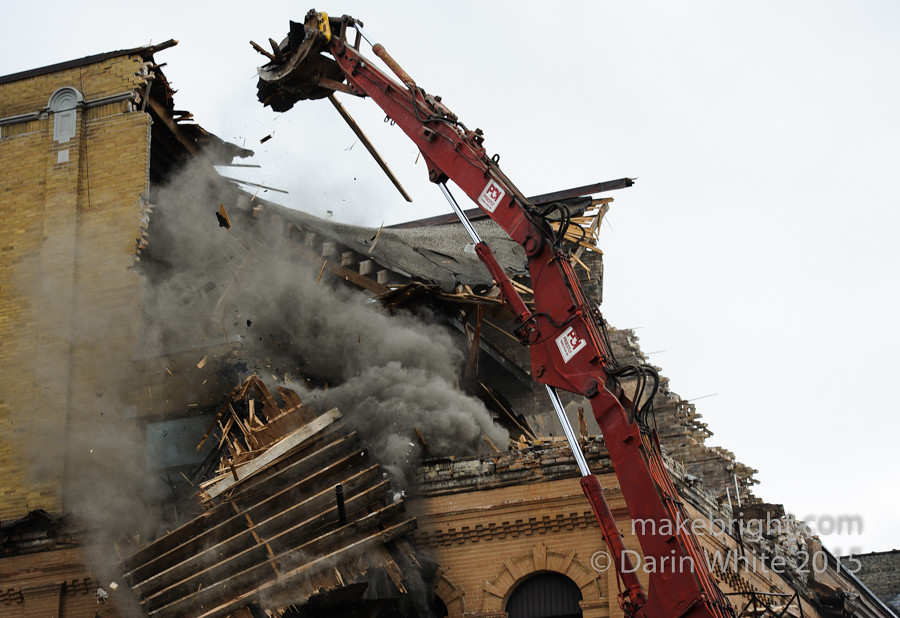 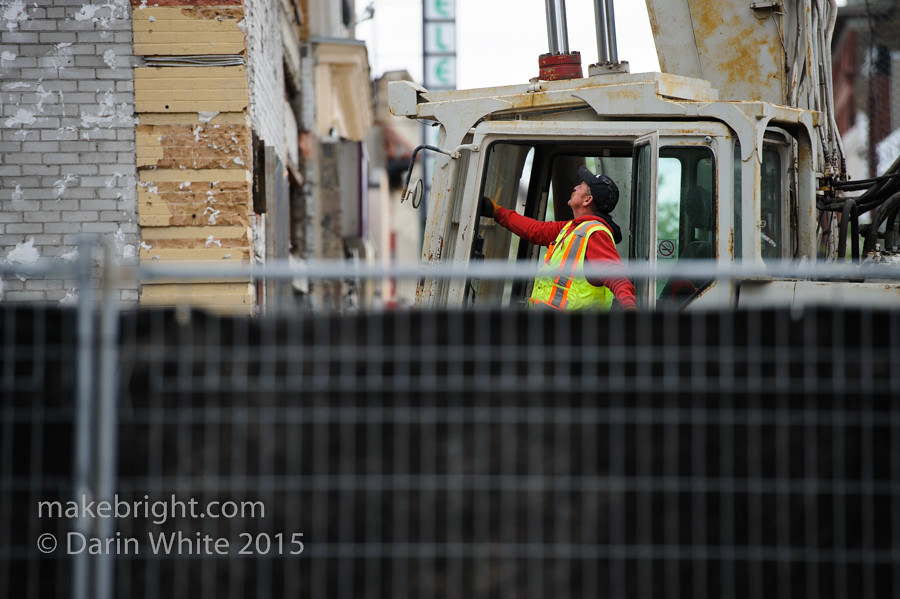 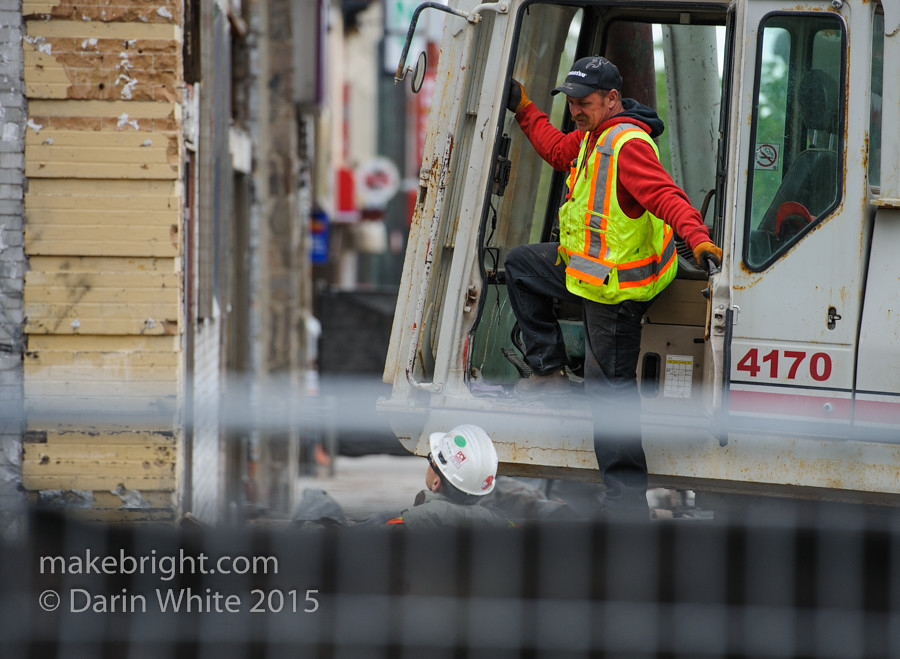 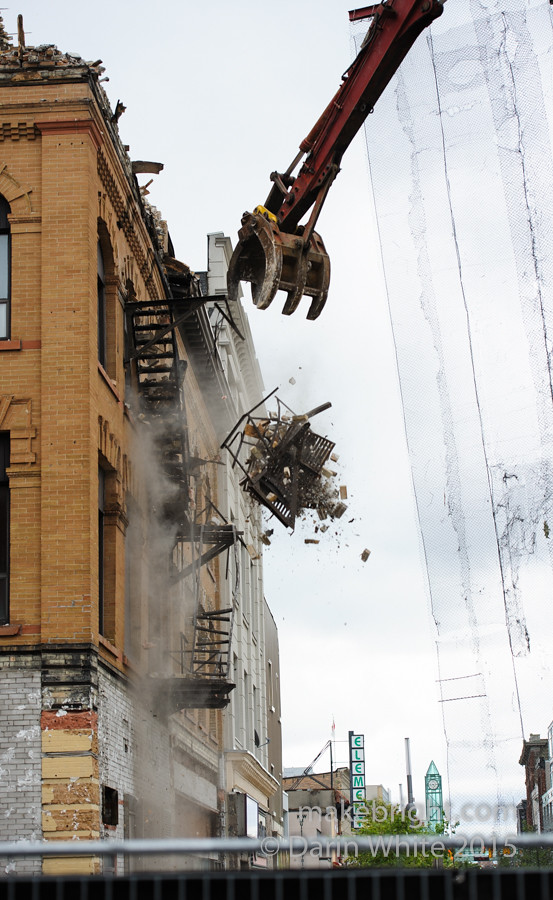 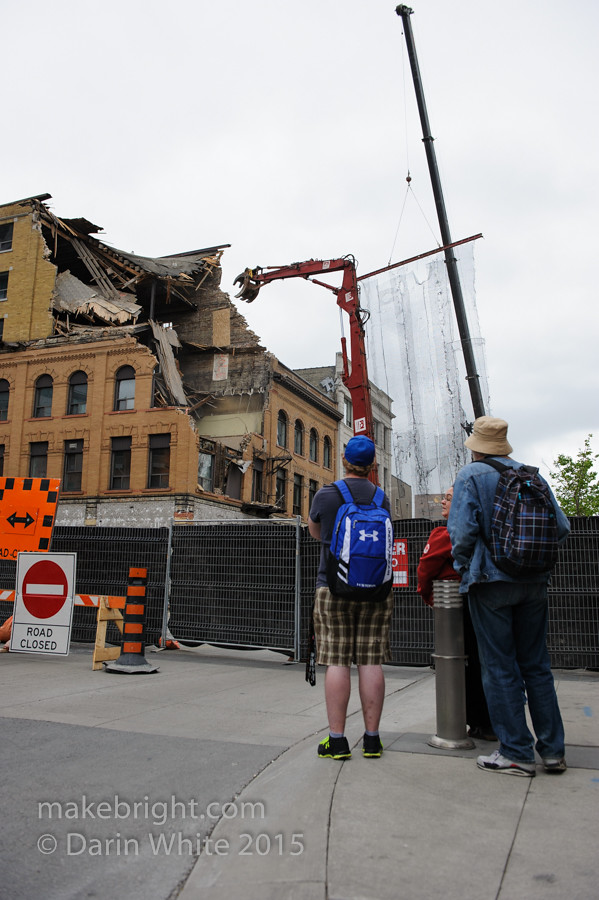 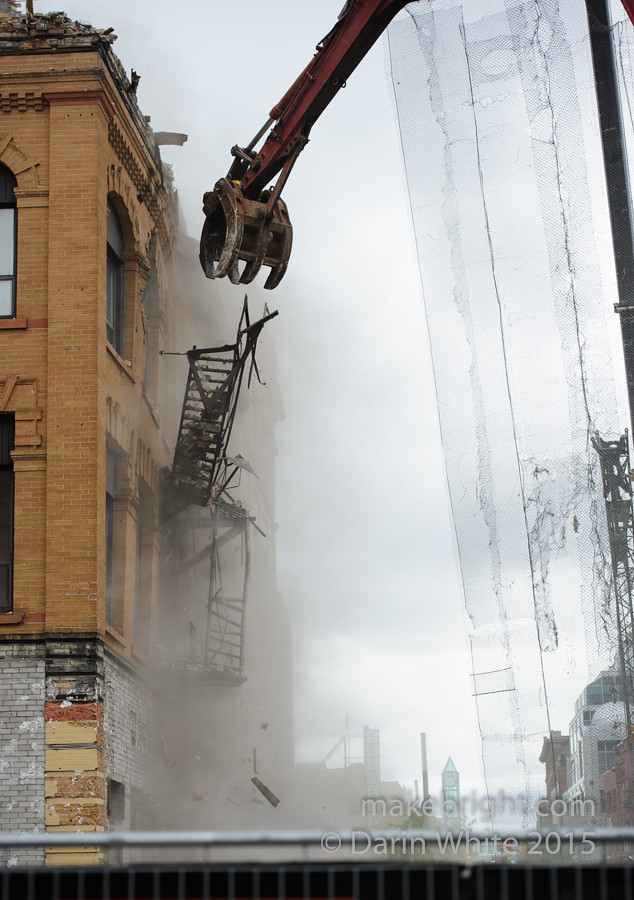 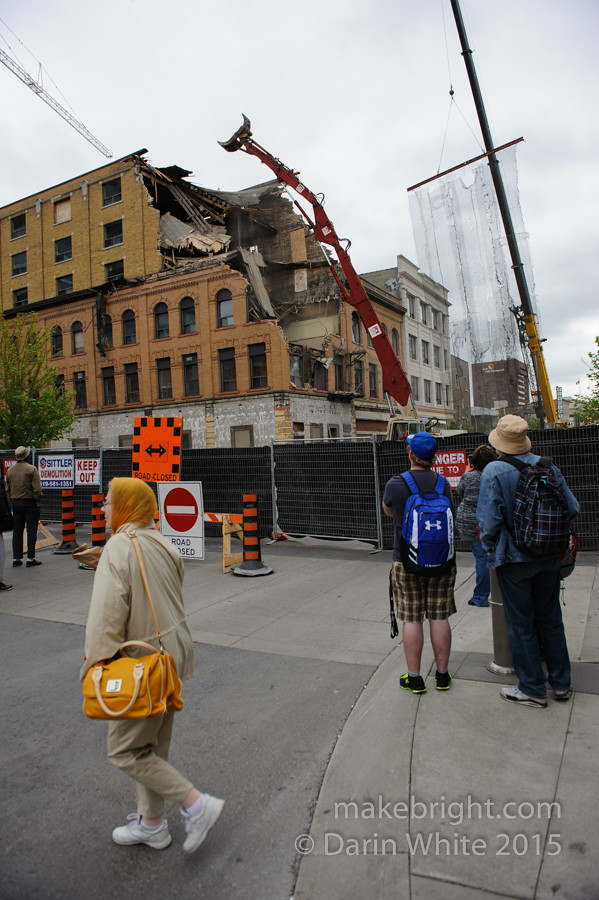 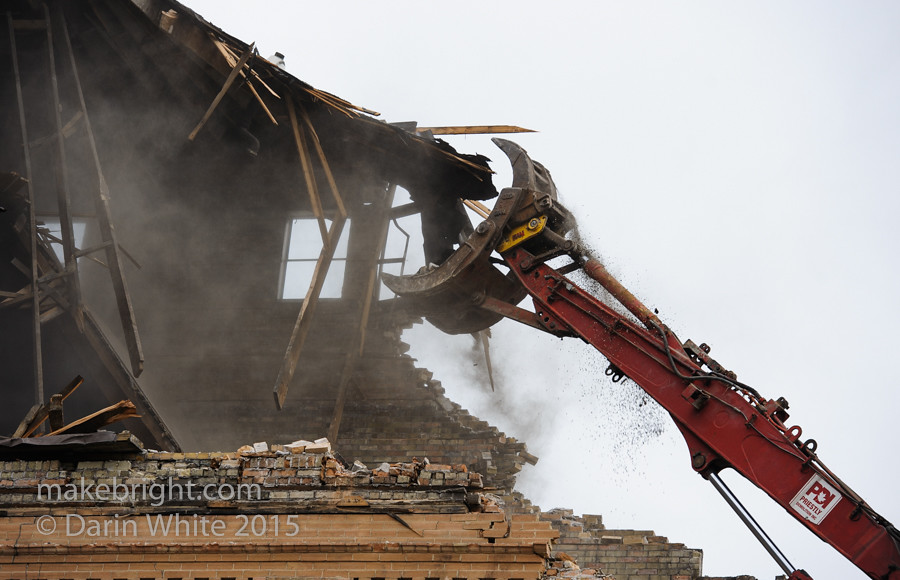 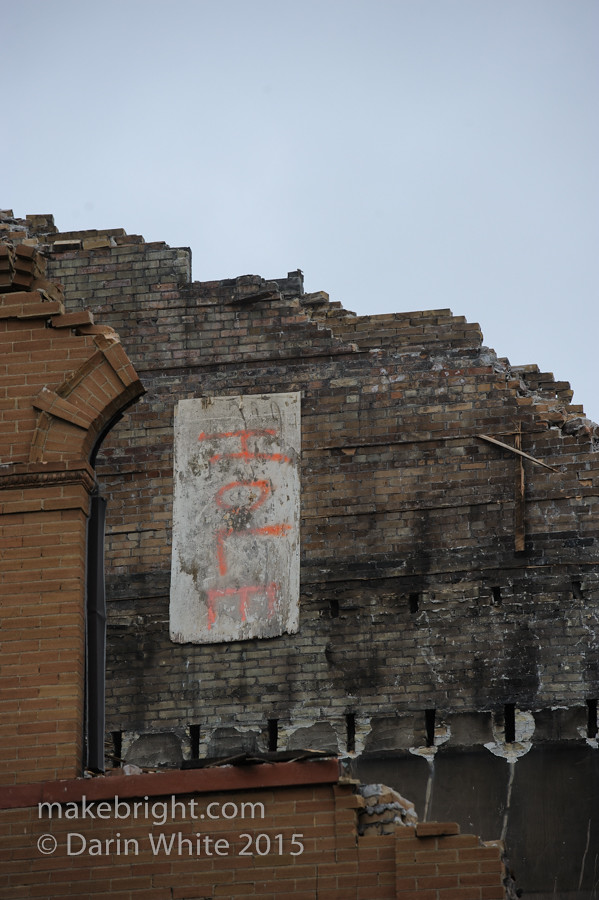 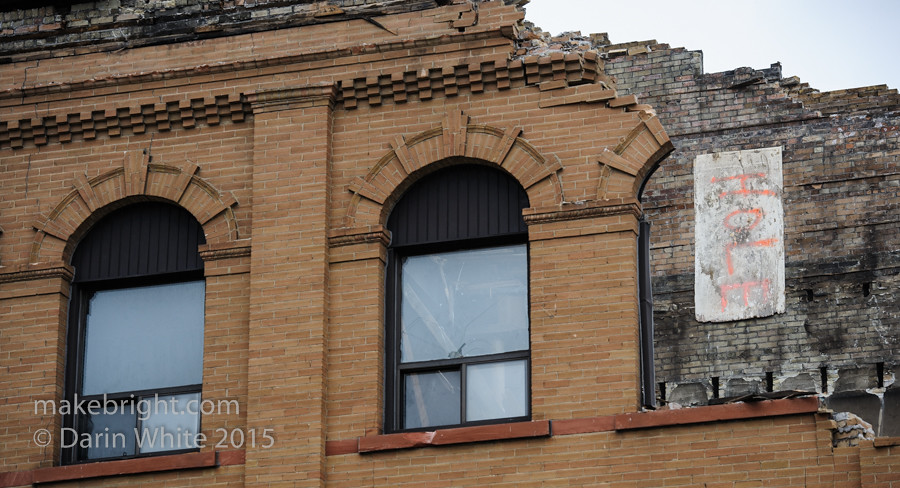 Yep, couldn’t decide which “HOLE” sign shot to edit out. 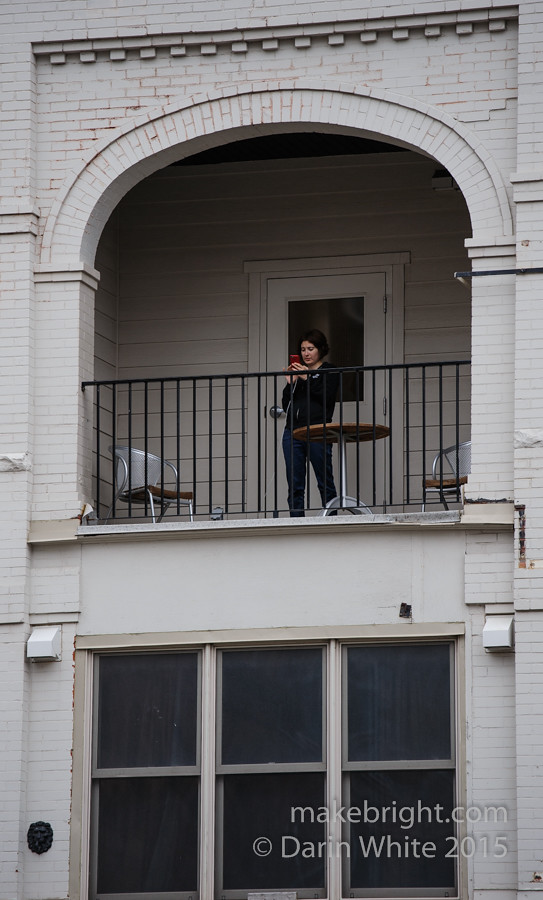 This entry was posted in photography and tagged construction, King Street, Kitchener. Bookmark the permalink.