The best art changes us 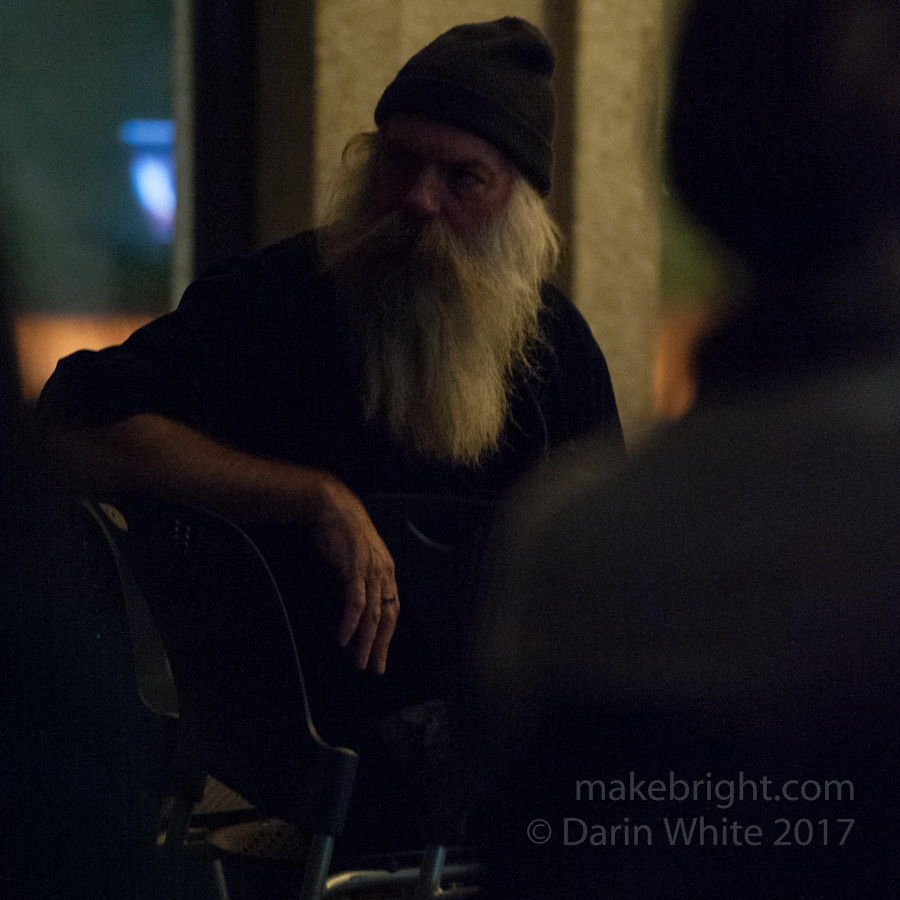 On Monday, I wandered through the cold, slick autumn night to hear artist Don Miller talk. The CAFKA Rewind series of talks at WPL, piquing your curiosity between biennials, brings back CAFKA alumni to talk about their work and in Don’s case that 2014 work caused a substantial hullabaloo in town.

His quarter-acre-sized installation called Saturn and Cronus involved a takeover of two condemned houses bordering on Victoria Park and painting them (and everything) either black or white. That piece really blew my hair back when I visited the site during its creation. And therein is the TL;DR: the best art changes us. I was a slightly different person walking away from that site than I was walking into it. It was the biggest expression of art I had seen in Waterloo Region. Still is, I reckon. This big, audacious work, executed to the extreme of painting the grass, shrubs, trees, roof and discarded lawn furniture torqued my brain. “How is this possible?” I wondered as I stood between the black and white. I thought about artistic interpretations and obvious technical hurdles. I thought about the will required to see this endeavour through the small but vocal opposition and the municipal bureaucracy. And I thought about the collaboration required to figure this out. This stark illustration of the difference between an idea and a done thing.

It is this search for the best art that gets my feet on the street, dropping my nets time and again to catch and release so much and then, with luck, to find the transformational stuff. For me, this is that. And so I was delighted that Don came back to town to talk about this piece, no longer under the gun of a deadline and with the benefit of time for reflecting.

I’ve got a quasi-reasonable number of photos old and new on this if you read on, but first to Don: thanks and respect. And to all the tireless workers within the CAFKA family: thank you for the hundreds of hours you put in to bring us big work to experience and for maintaining a course that takes us out of the ordinary. 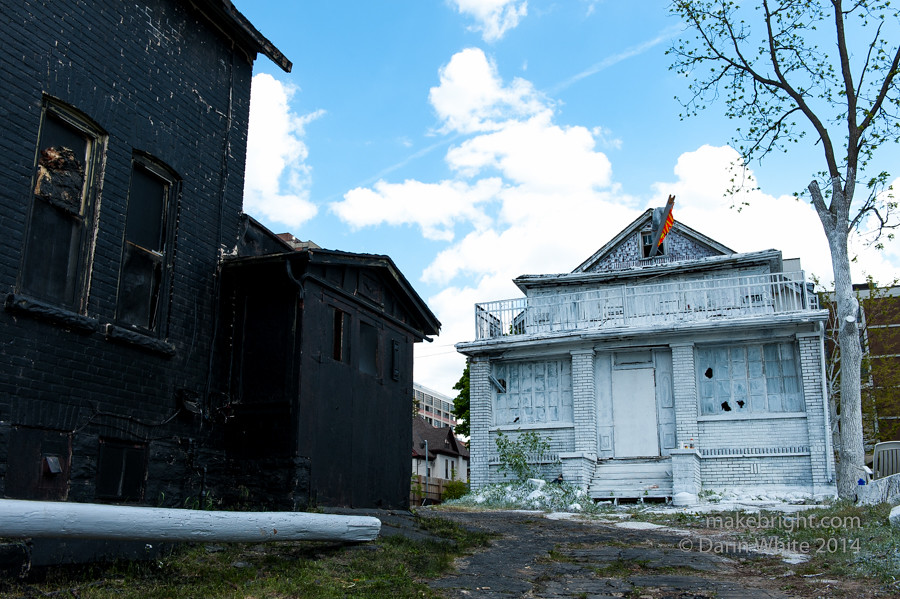 Back in 2014. The infamous houses. “Crackhouses” as noted in the media, before we knew about more frightening drugs. I don’t often republish photos here, but in this case it seems necessary. 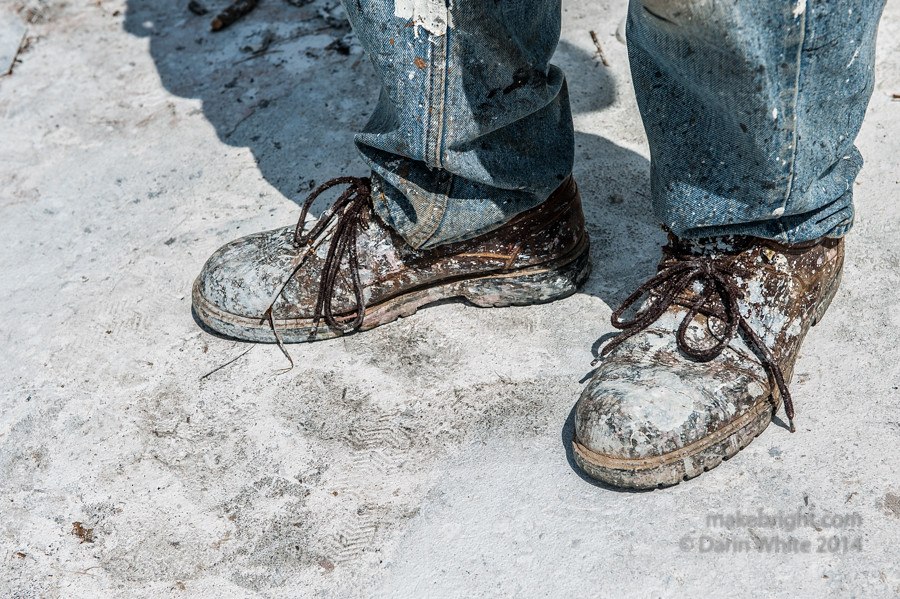 Don’s boots. I liked a lot of CAFKA14, but it felt like it hadn’t reached the popular consciousness in the region, so I set out to record and share six sites in one afternoon. I started here. 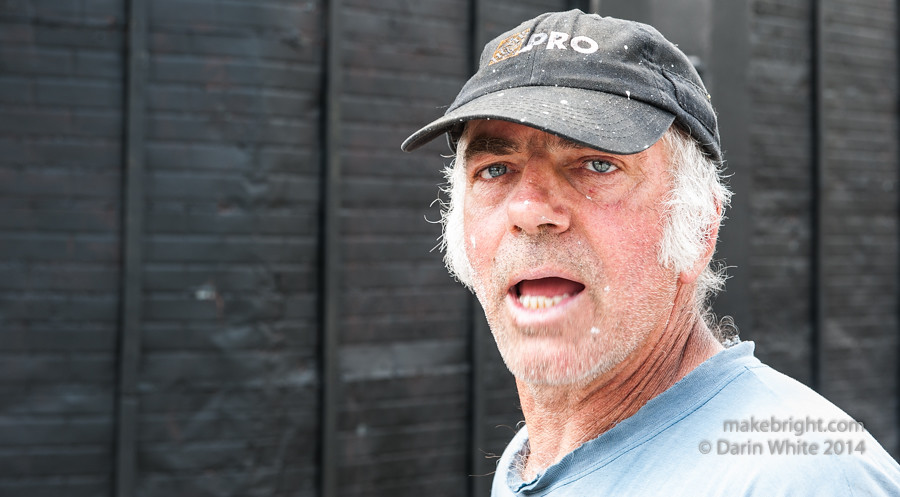 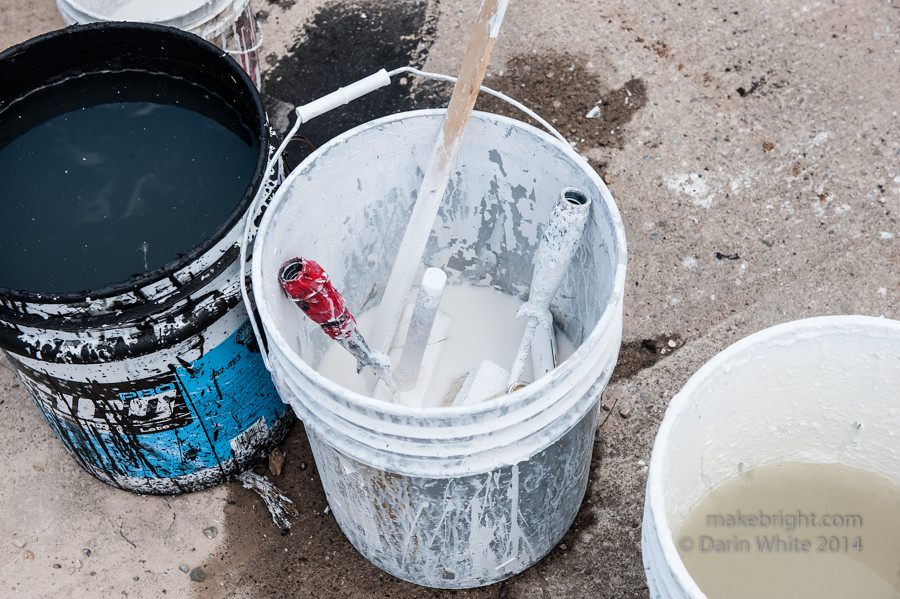 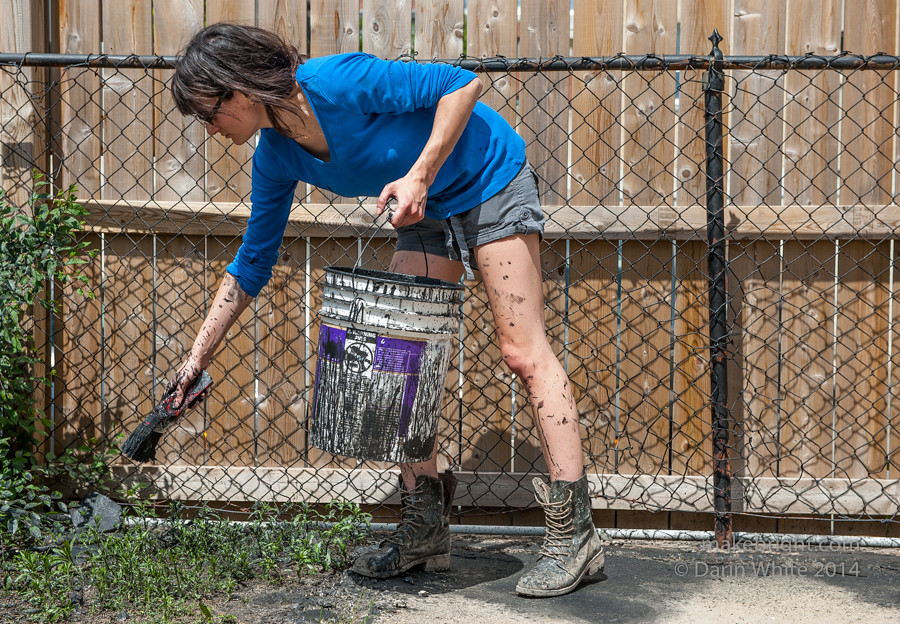 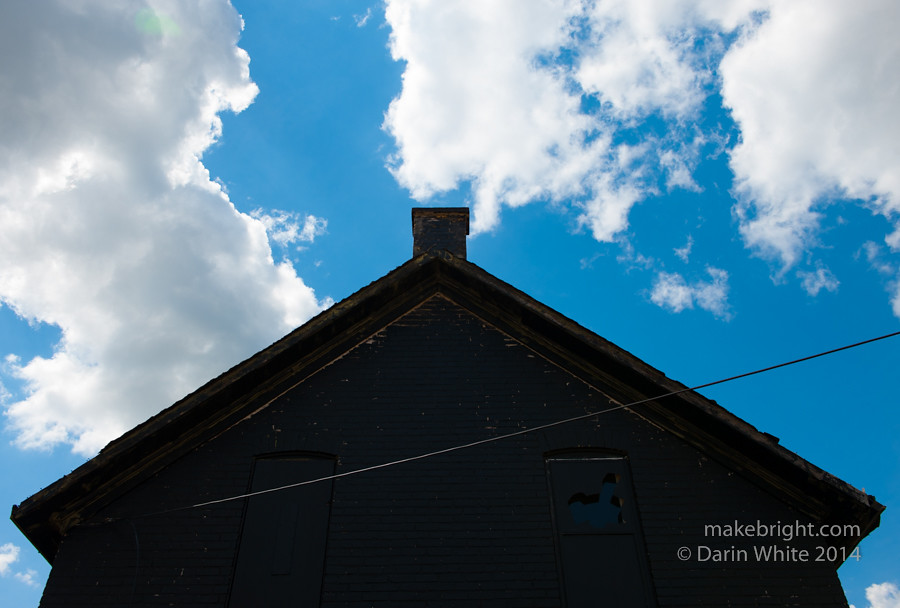 by the black house that was like a hole in the sky. 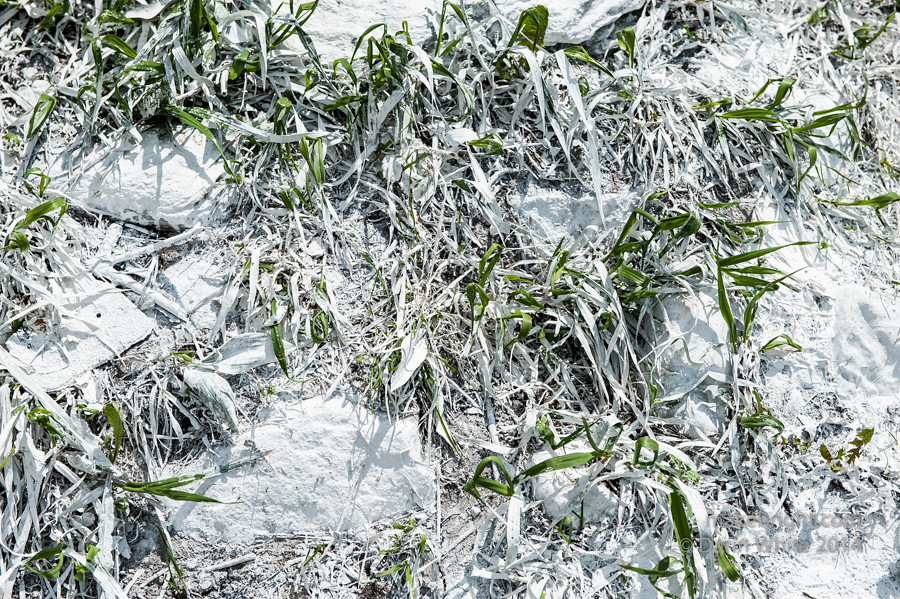 And the white grass… 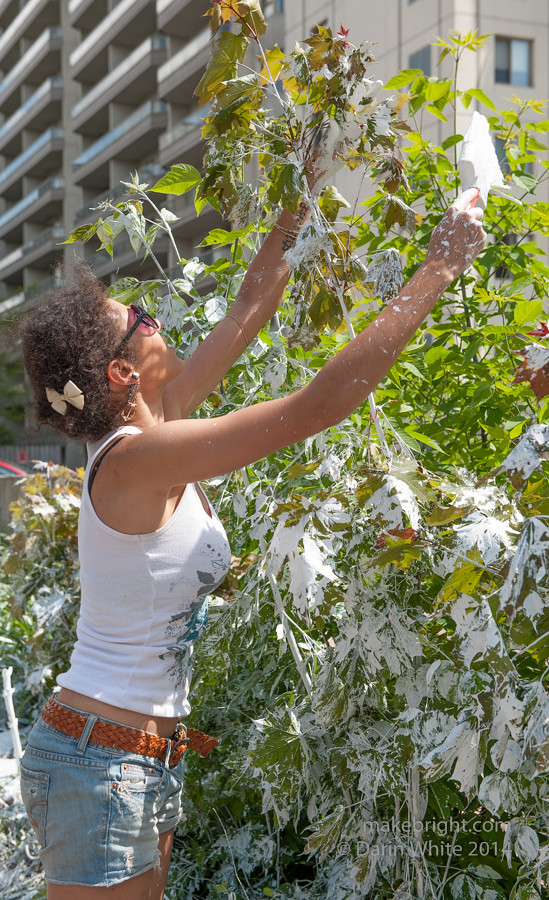 by volunteer Shannon, having moved on to painting the shrubs. 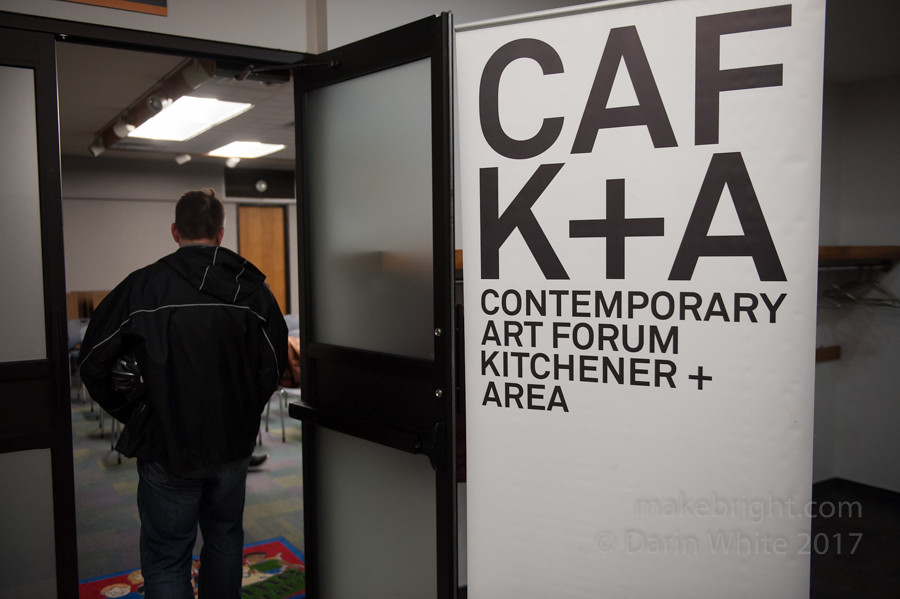 Fast forward to this week. In WPL main branch. 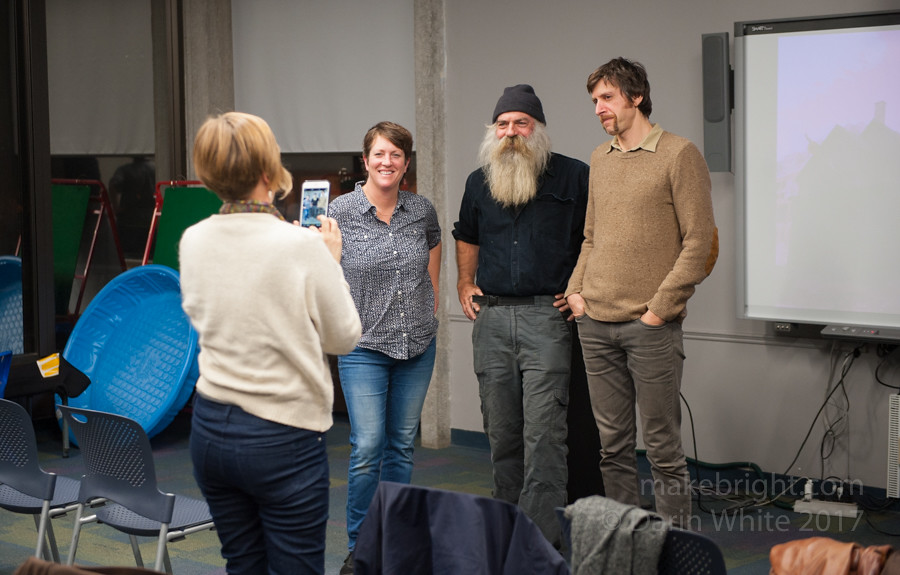 Victoria and Jeremy, of the CAFKA (and Yeti) posse, flank Don. 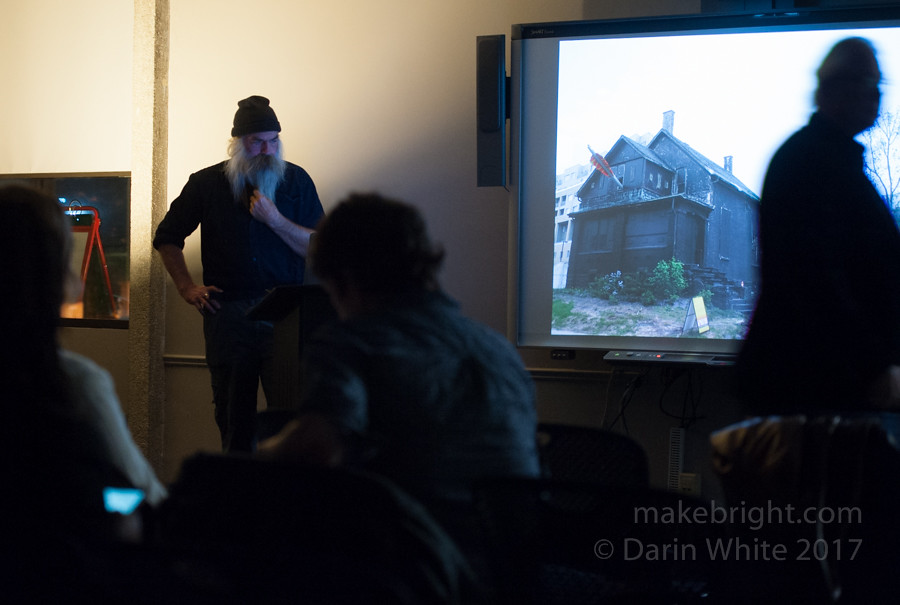 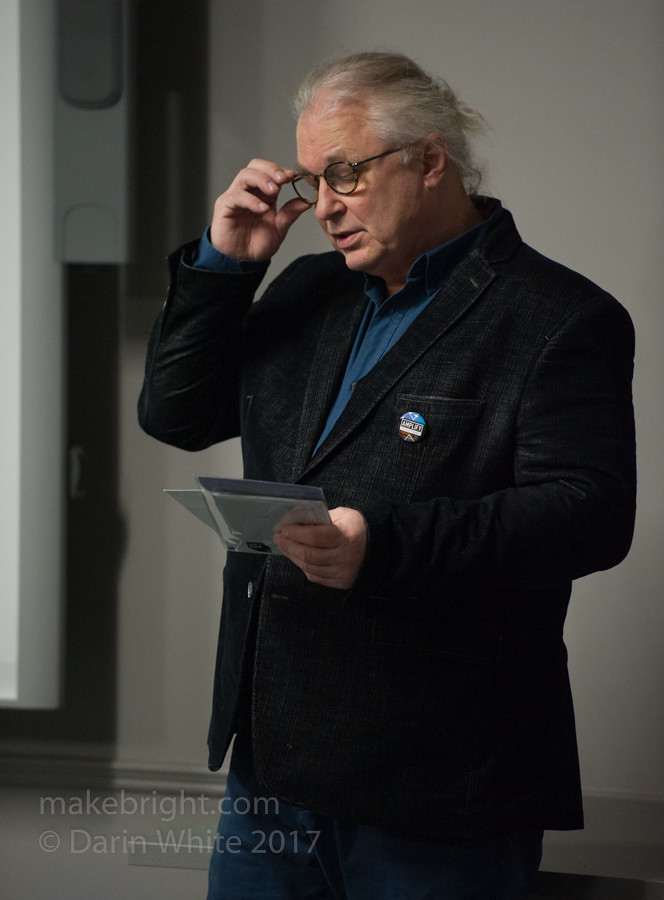 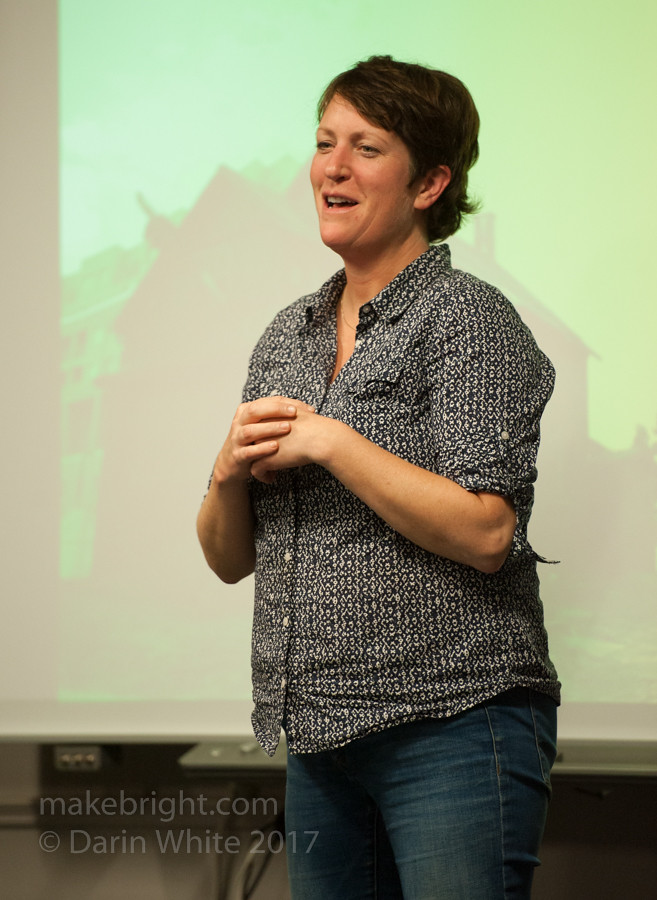 Victoria went to school with Don, if I understood that correctly, and that’s one of the connections and lucky timing that made the project go. 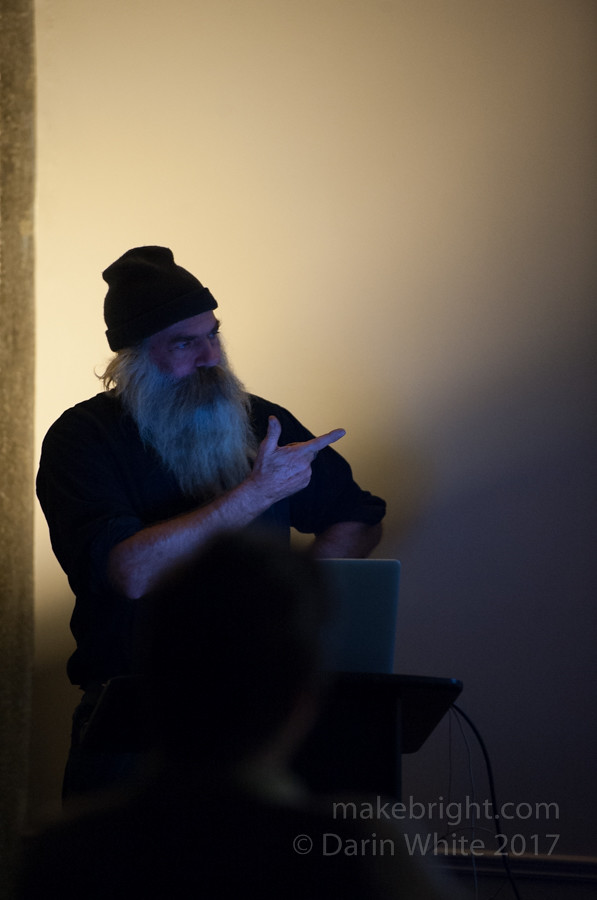 Don described the challenges of painting the roof with a roller mounted on a giant pole. Setting foot on the roof was forbidden. He wasn’t even allowed to store paint inside the house to comply with city rules. 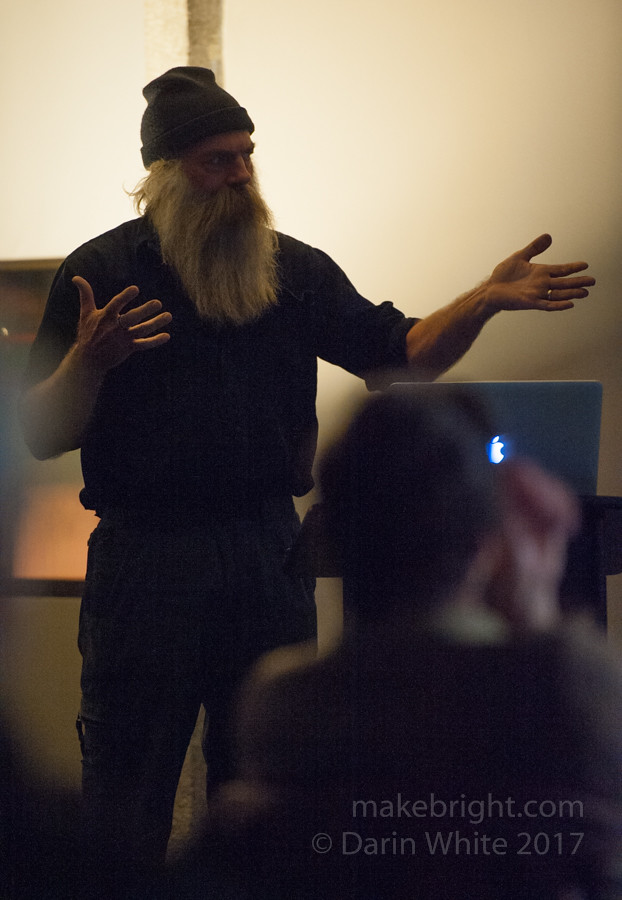 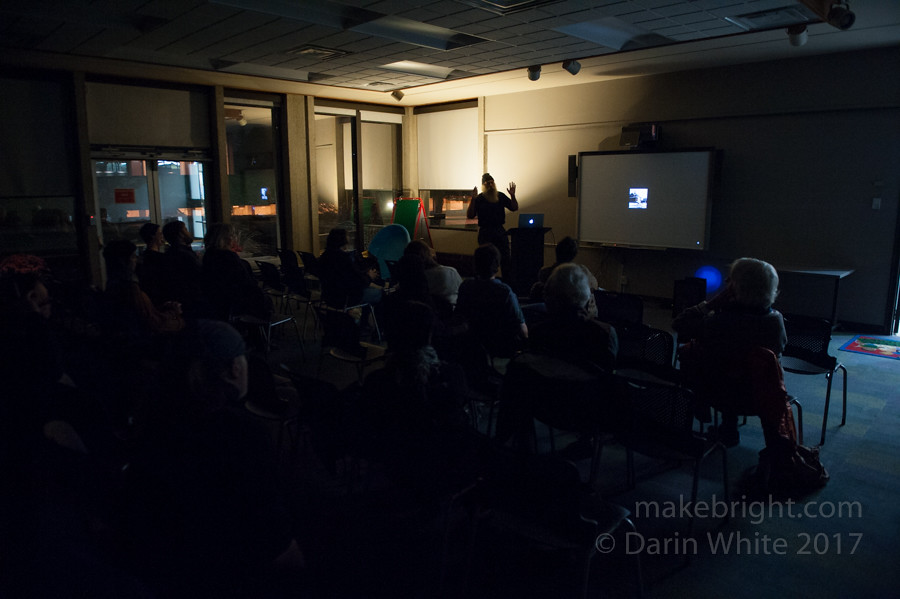 Something like 35 volunteers pitched in with Don’s 14-hour days to get the painting done. 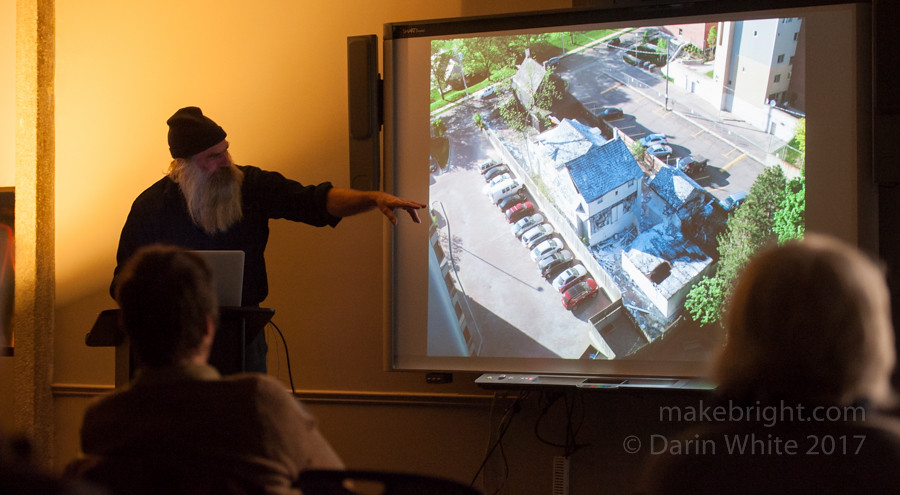 Some parts of the structures had to be painted over the fence from neighbouring properties. Despite the challenges, Don spent most of the talk recalling the questions of curious and friendly neighbours and the race against the clock to complete the painting in 10 days with the paint he had available. 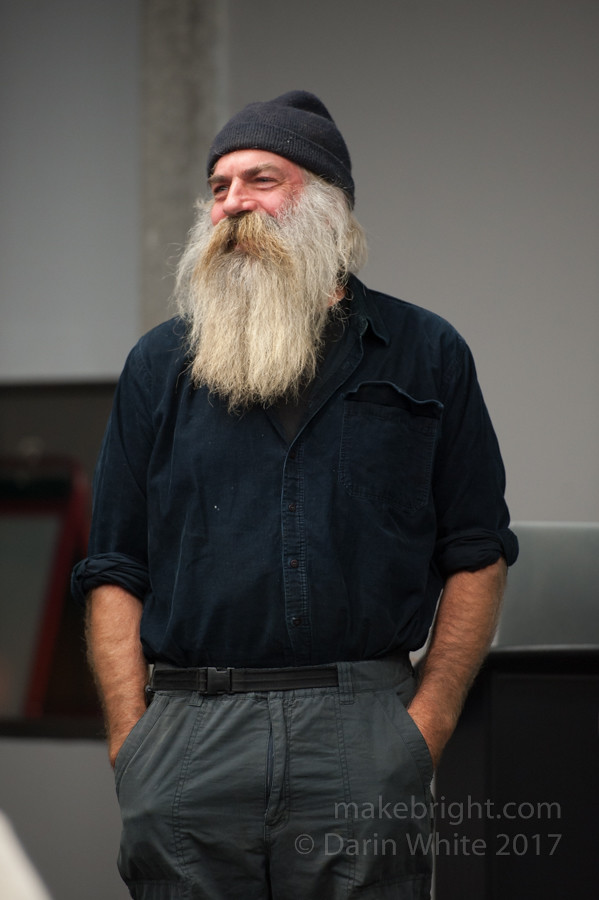 I think the challenges and the controversy were all wrapped up with the concept and execution of this art and that made me love it even more. I asked Don how we, as a community, might support artists creating big work. If I distill his answer by examples, it boils down to “work together”.

This is Waterloo Region.

This entry was posted in art and tagged art, artist, CAFKA, installation. Bookmark the permalink.

1 Response to The best art changes us