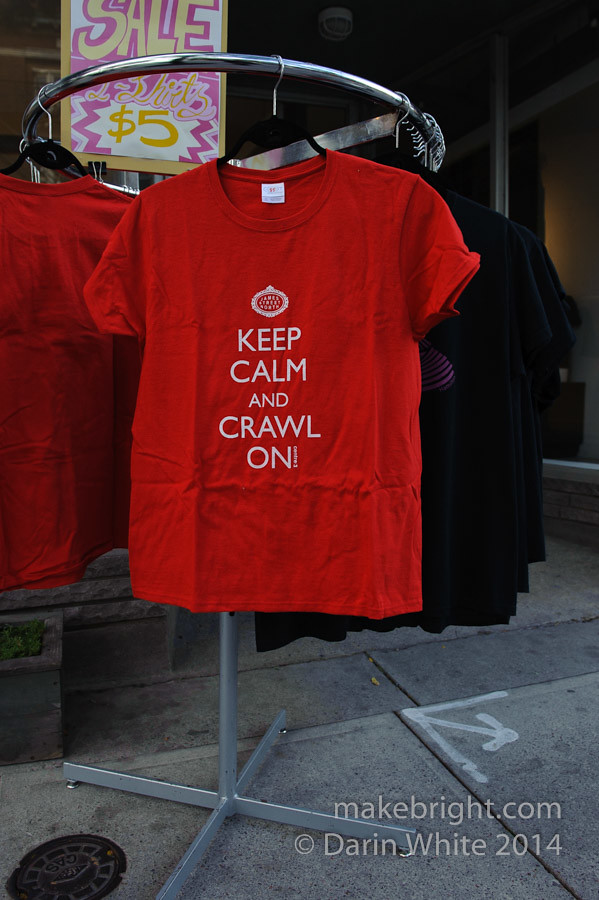 Where does the time go and why am I not getting to the ever-awesome Hamilton more frequently? It’s been two years since I hit the gigantic TH&B United show up at The Cotton Factory on Sherman. And two and a half years since my mind was blown by SuperCrawl. Well friends, tomorrow Fri Apr 14 is the regular 2nd Friday monthly arts crawl in the Hammer and I’m going. Going solo. Not exactly sure where I’m going because the monthly crawl is delightfully organic by nature. Perfect. Hamiltonians, if you see a big guy with a camera wandering James North, say hello and know that I have traveled through the Hamilton-Waterloo Region *arts* corridor (HamWRAC) to see you.

Due to my storytellin’ force of habit, I often do some homework before fieldtrips and this is no exception. I scoured the web for stuff about the monthly crawl, in search of a list of places I should hit. I did find some anecdotal blog posts, old reddit threads, some tweets and a piece in the Spec. The most fascinating find was a film of in-depth interviews called Hearts: A Film About Hamilton’s Art Crawl. This 2015 piece directed by  J. Cody Lanktree and produced by Zena Hagerty clocks in a 90 minutes and offers a really layered look at this arts-ecosystem-of-the-people (my term) that felt really honest. I watched it twice and took notes.

The 2005 origins of the crawl are a bit hazy because there’s really no written history on this loose agreement to stay open a bit later and target art shows/performances/sales to this night. I’m always trying to learn something on field trips and distill out what might be applied in Waterloo Region. The film digs in on some familiar and complicated topics in the domain:
* the importance of gallery owners owning their own building
* involvement/non-involvement from the City
* strong opinions on what value/costs a BIA brings
* gentrification
* re-imagined history of an event once it has had success
* importance of perception of a place
* working collectively to draw crowds
* organizing/not-organizing the crawl
* co-opting of the event by out-of-towners and non-art-related vendors
* even the sweet spot price-wise for selling work during the crawl ($50)

How about this: watch this film today and then hit The Hammer tomorrow. I park in the garage at 32 York Blvd and just wander up James Street. If you hit water, turn around.

Also: who’s up for First Friday WR? (with a nod to Sarnia, Ontario that already runs First Fridays)

Leave yer sofa, find the others.

This entry was posted in fieldtrip and tagged art, Hamilton. Bookmark the permalink.