Photogs passing it on 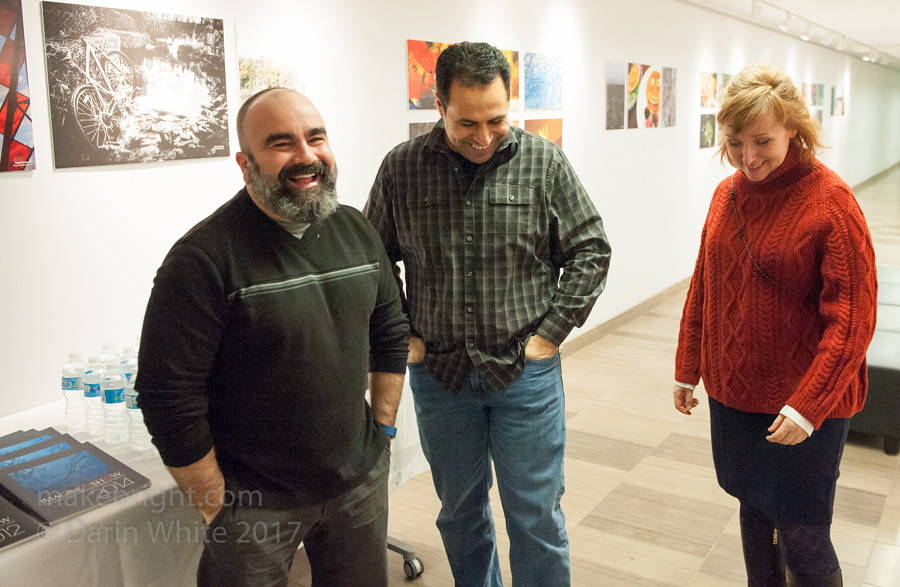 Passing what on? Why, the love of photography and the encouragement that fuels the pursuit of the image for the youth of Waterloo Region. My friends, three great photogs, taking their marks for a photo and chuckling when I told them I wanted very serious faces: (L-R) Anestis Papoutsis, Jason Panda and Lori Crewe. This crew supported the fifth and final year of Imagine a Show, a collection of youth photography, which opened last night in KPL’s “hallway of art” on the lower level.

I’m always on the lookout for WR people doing good work and gunning it so damned hard they don’t have time for self-promotion. I’m particularly enthusiastic about projects that are unique, that without the vision, sweat and legwork of the few, would not happen for us. This is that.

Jason and Anestis hit my radar back in 2013 when happenstance put me at a KCI student art show called After Hours, that they, as teachers, had cooked up for the students and community. It was one of those semi-rare and delightful jams that compel me to find out who is doing the heavy lifting behind the scenes. Nothing you enjoy here happens by magic. Since then of course I’ve intersected orbits with this dynamic duo at Maker Expo and all manner of other gigs in the art-o-sphere.

Lori, I met in 2014 at her Mindsounds exhibit in Kitchener City Hall. It was a terrific portrait series inspired by people living with mental illness. Her creative visual concepts and tight execution had me thinking about that work for a long time afterward.

All three of these photogs have poured themselves into the bottomless cup of volunteer endeavour, in a domain I love, in a capacity-building… uh, capacity. So this is a leaping high five to them. Well done, merci beaucoup. 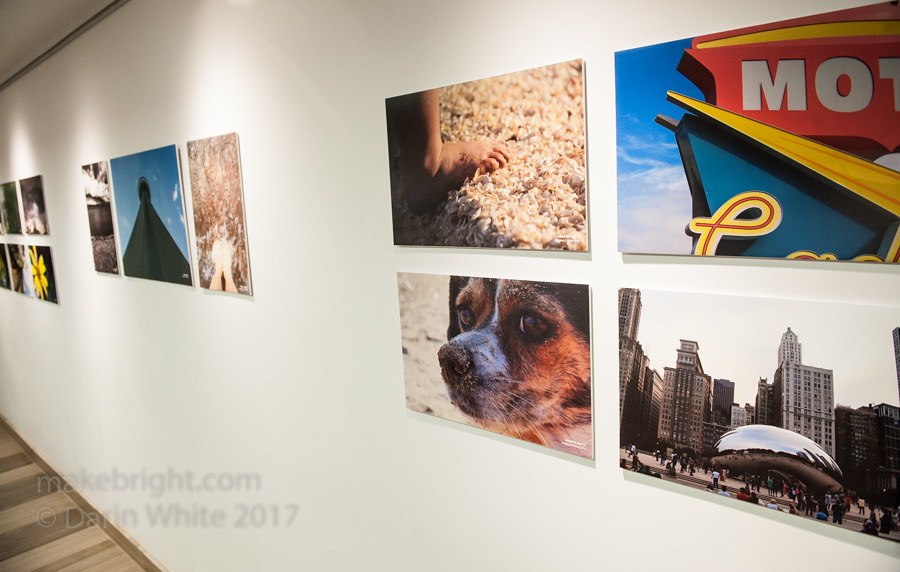 Click through for a seriously modest number of photos, including my faves from this show… 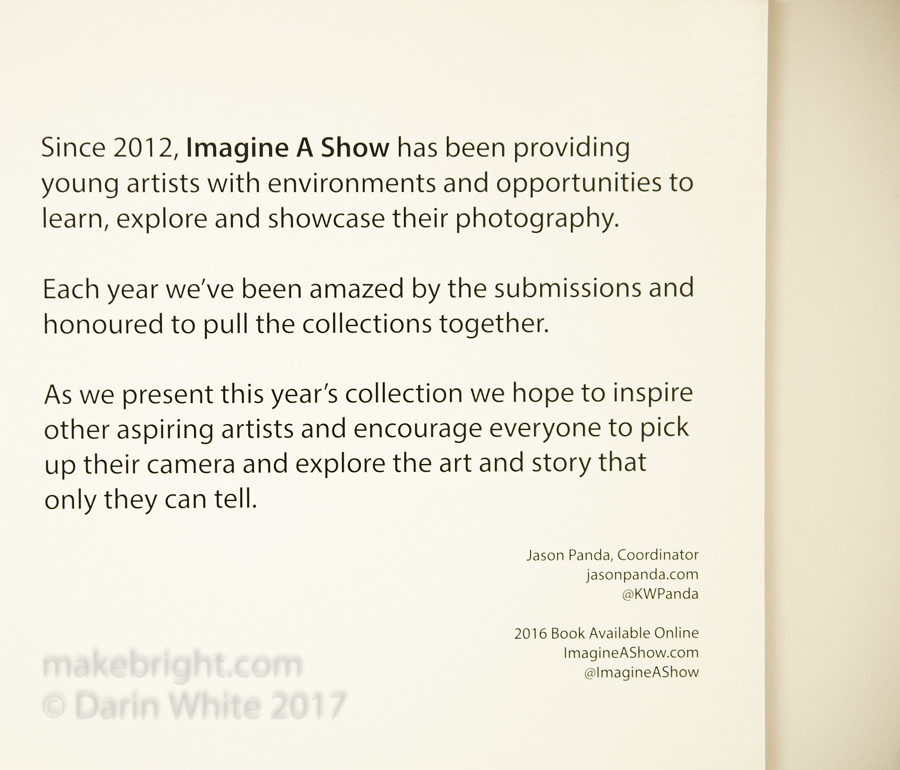 Jason told me this project was intended to be a one-off when it started and ended up running for five years. He’s ready to mix it up and get other projects going. I know how that works. 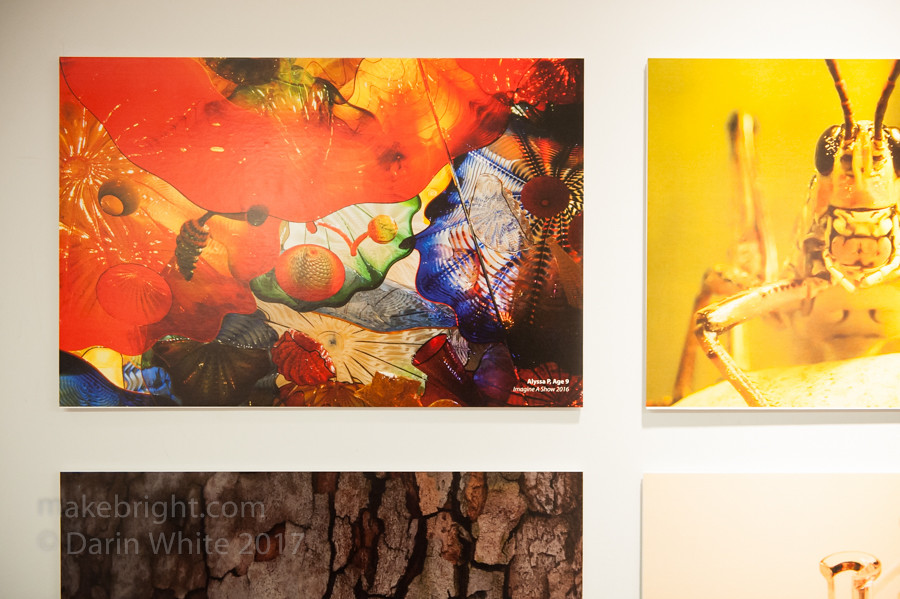 My fave #1 by Alyssa P, age 9. Lemme tell you something that was said by Garry Winogrand, a very pragmatic, celebrated photog: [paraphrasing] “it doesn’t matter what camera you use, where you shot the pic, who you are, what genre you’re bucketed into, what galleries hang your work. All there is, in the end, is the image.” I would add that it doesn’t matter how old you are.

Photographs are like a portal. They are an opportunity to see the world through the eyes of the photographer. Looking at photos tells me as much about the photog as it does about the subject. It is fascinating. 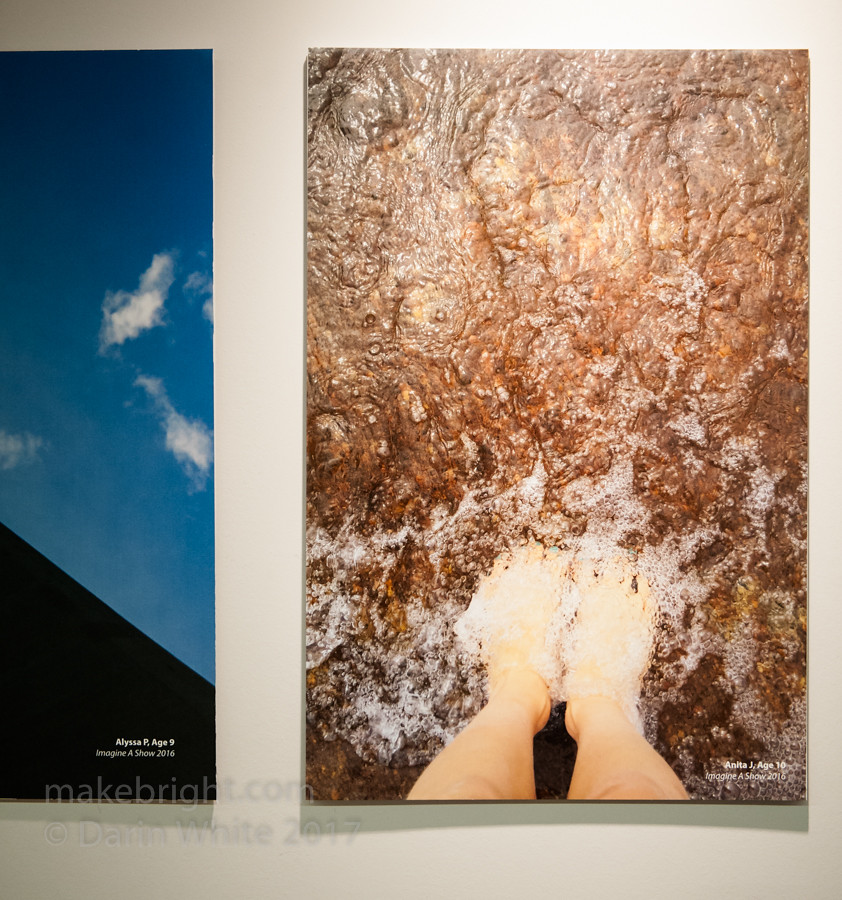 Fave #2 by Anita J, age 10. Occasionally I’m asked for advice by beginning photogs. I can offer only two suggestions: #1 Shoot all the time, shoot to get better, work hard. And #2 Shoot what you know, what is within your daily experience, what matters to you. I regularly feed myself this same advice. 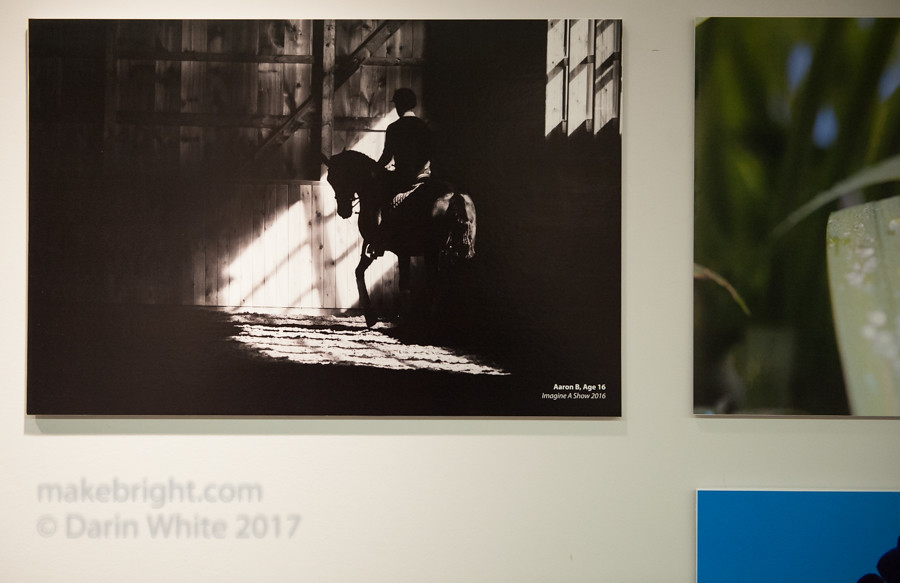 Fave #3 by Aaron B, age 16. My photo of the photo isn’t capturing the subtleties of this image, so you should go look with your own eyes. 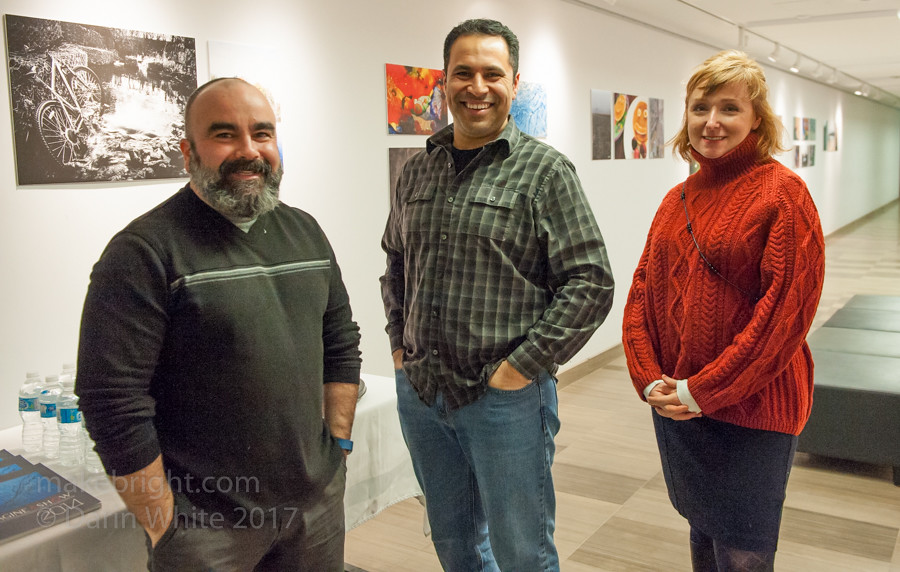 Ah, now there’s the posed shot. Nice to see you three. Thanks for the chat. 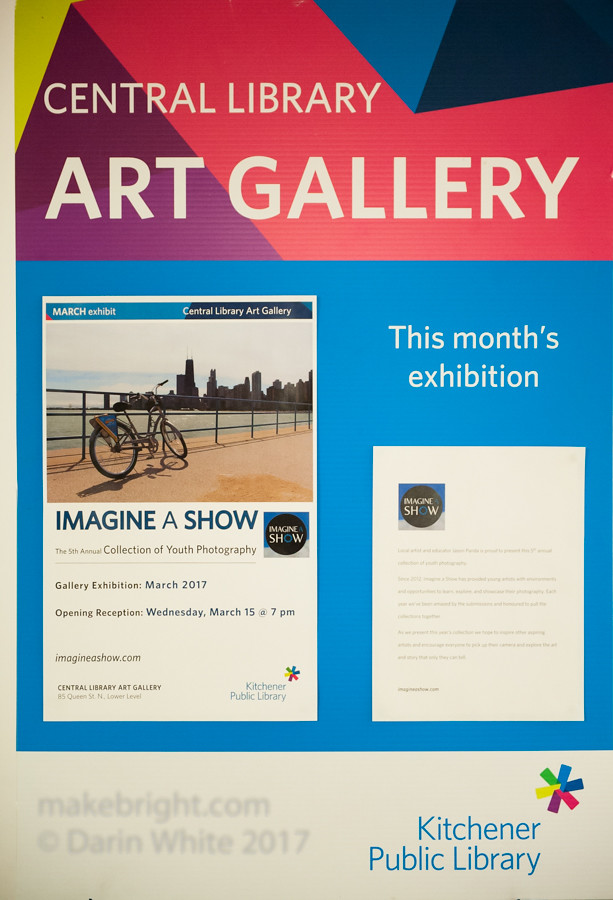 A shout to KPL, providing the space, making things happen. I see you.

This entry was posted in photography and tagged community, Kitchener, teach. Bookmark the permalink.