On a personal note… 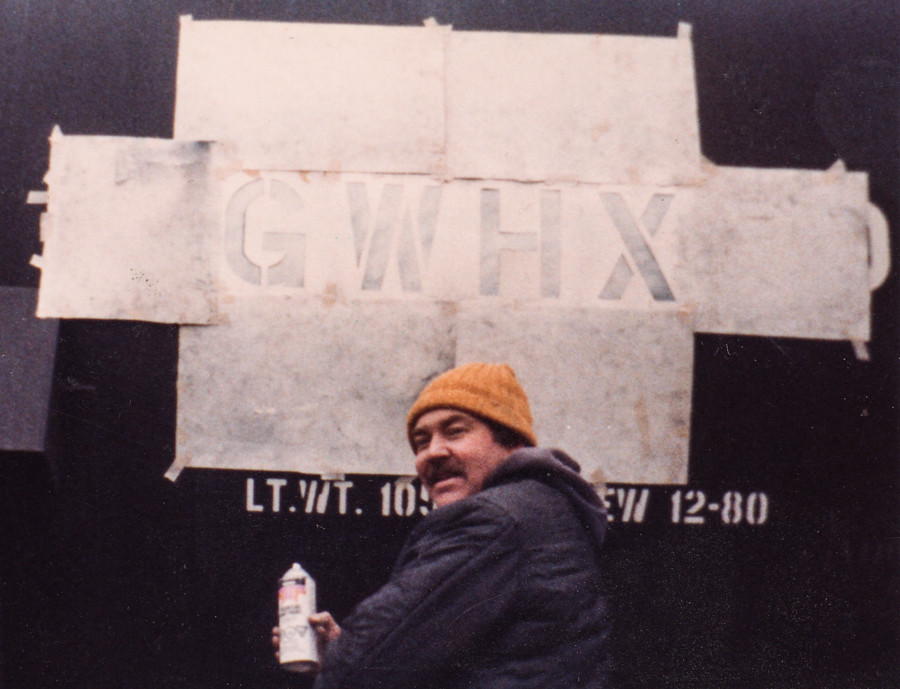 “If you see the train yard security, tuck the ladders up in closer to the tracks and sit tight.”

So said my Pop back in ‘82 as I helped him re-tag tank cars in the Sarnia yard. By day, he was a salesman of fuels for a Calgary-based company. One of the hassles for suppliers, shipping fuel by rail, was that the tank cars frequently need to be re-labeled as they changed hands. The official approach to that work involved a time-consuming shunting around the yard, then into the approved dock for repainting, and then shunting back out to the yard. Costly and slow. 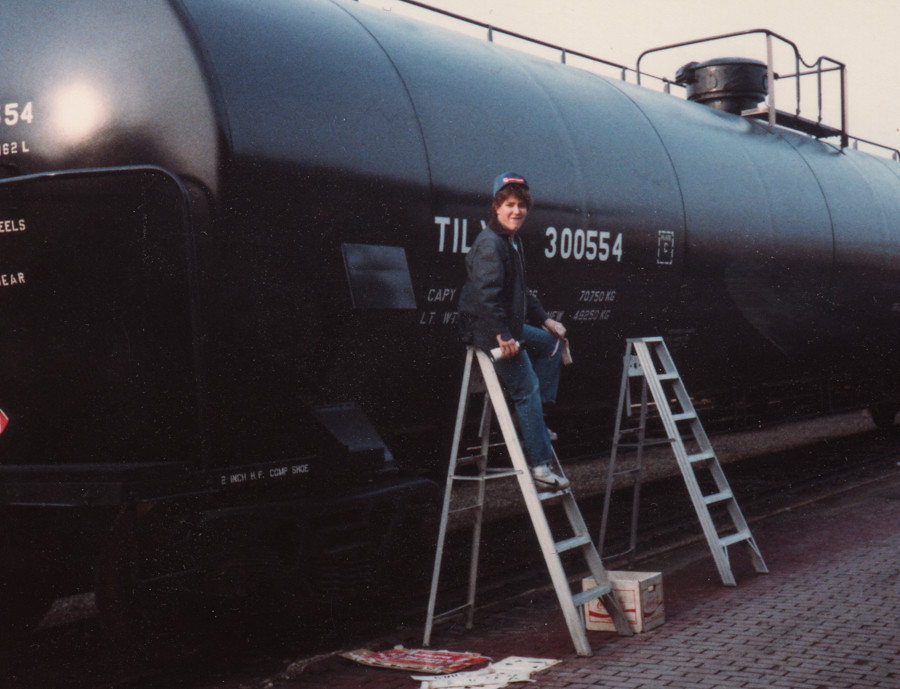 Somewhere along the line, my Dad, ever the enterprising hustler, reckoned this could all go faster/cheaper if somebody just dragged some ladders, paint and stencils into the yard and got to it. And this being really a 2-person job, I was one of the other somebodies of a small cast of family and friends, who got roped in to help. This is not the authorized approach. 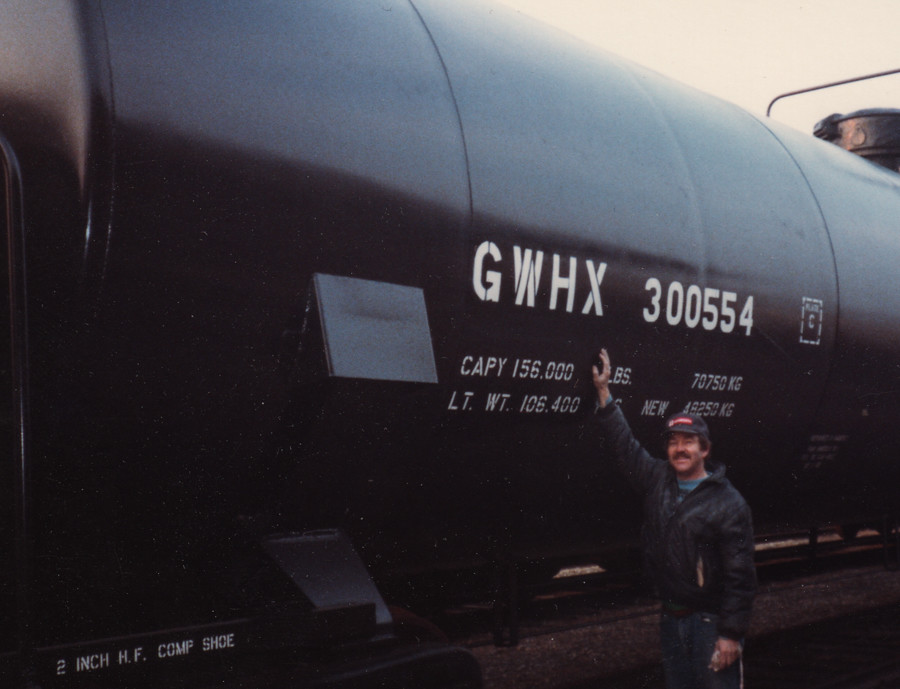 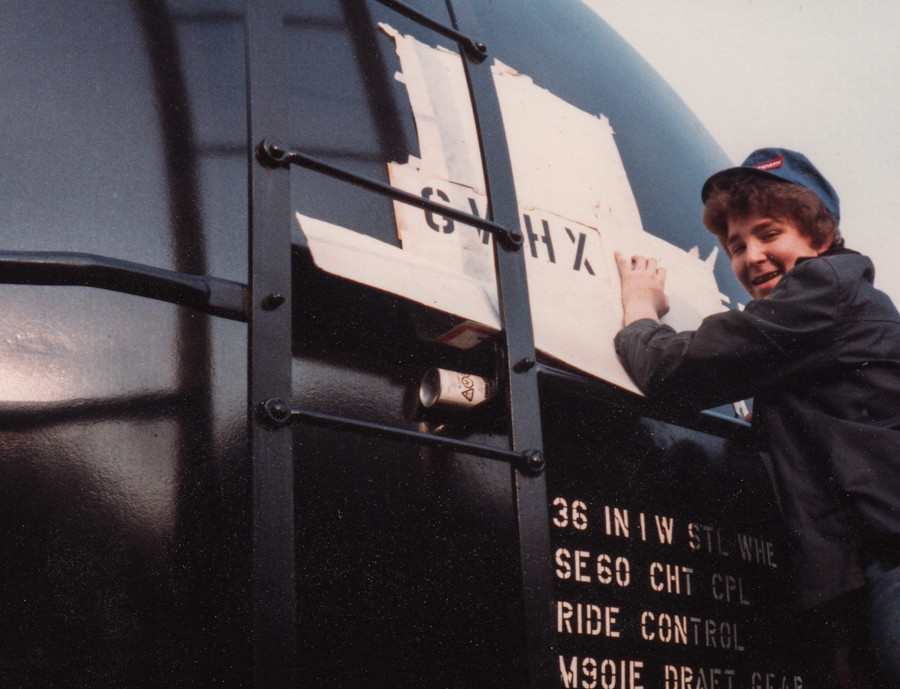 You gotta do the ends of the cars, too. Stuff I learned
* doing this in November is way less fun than in May
* masking tape doesn’t stick when it’s too cold (well, at least it didn’t in the 80’s)
* paint does have a freezing point when it will not spray
* paint cans will warm up inside your jacket but it takes a while
* ladders are generally incompatible with loose stone rail beds in the yard
* the real kick of the job for Pop was to see if/how long it could be done
* “just look like you’re supposed to be here” is actually a valid strategy
* these crazy adventures with Pop were not limited to train yards and they were in fact the whole deal of life. This is how we knew each other. 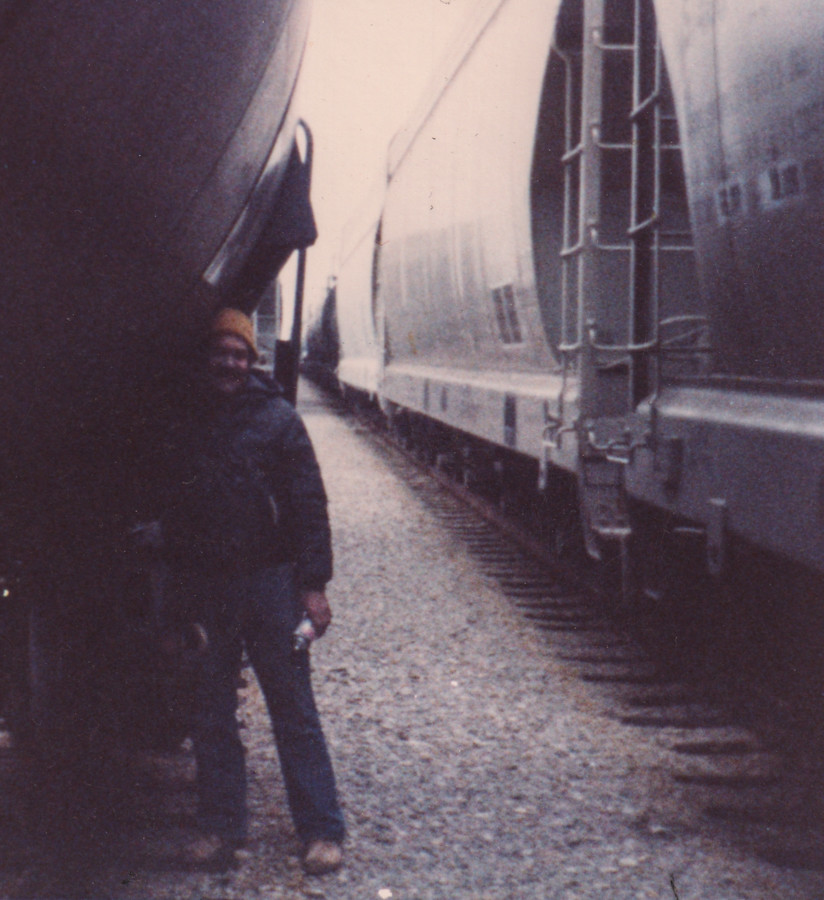 What I didn’t know then is that 35 years hence, I would be sitting on King Street, typing this on a laptop, blinking away tears as I recount this absurd, exhilarating, terrifying, hilarious adventure to people who only know the him that remains in me.

You’ve been gone three years to the day today, and still there is a hole in the world, just your shape, that I’m carrying. Every day.

This entry was posted in personal and tagged Duncan M. White, hustle, train. Bookmark the permalink.

3 Responses to On a personal note…