Nader: it takes less than 1% of the people to make change 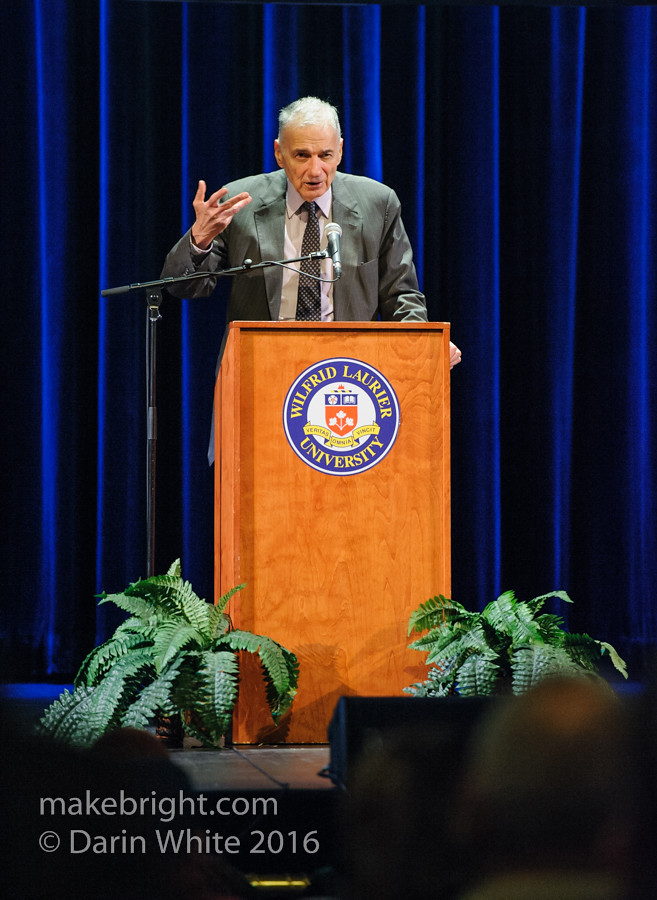 I drove to Brantford last night on a solo trip to hear consumer advocate legend Ralph Nader speak about corporate corruption. Shout out to Laurier for making that happen and making it freely available to the community.

The TL;DR: it takes less than 1% of the people, getting organized, to make significant positive change that may initially seem impossible.

Nader noted that in all of his endeavours, from improving automotive safety to fighting for safer workplaces, all of these were achieved with a relative handful of people who exercised concentration, imagination and curiosity. It was an encouraging call to action. Quoting Cicero, he noted that “Freedom is participation in power.”

I particularly liked Nader’s range between the philosophical and practical. He observed that we have become an increasingly distracted society. But he suggested it was changeable.  “Many people have a hobby, and I’m told they spend about 500 hours and $500 every year on that hobby. Now what if some of those people took up the hobby of preserving democracy?” Nader asked, eliciting chuckles from the audience. With diligent organization, he said, those people might pay attention to what’s happening in their community and country and then formulate their own platform. Then that group could invite their elected government representative to hear that platform and take it forward.

Nader also ranged between the troubling and the humorous. He described the high levels of sophistication employed by trans-national corporations to increase profit and eliminate accountability. I thought I was pretty well-versed in that domain, but I learned of some practices that I’ll need to read up on. In the I-don’t-think-he’s-joking department: Nader suggested that any well-heeled philanthropists in the audience could substantially help the United States by sending busloads of Canadians to tour the US and impart Canadian values. In fact, he wrote a book titled “Canada Firsts”, which details among other things our universal healthcare system. Myself, a proud Canadian, I think I’ll keep staving off any post-US-election smugness by carefully studying the history of my own country. 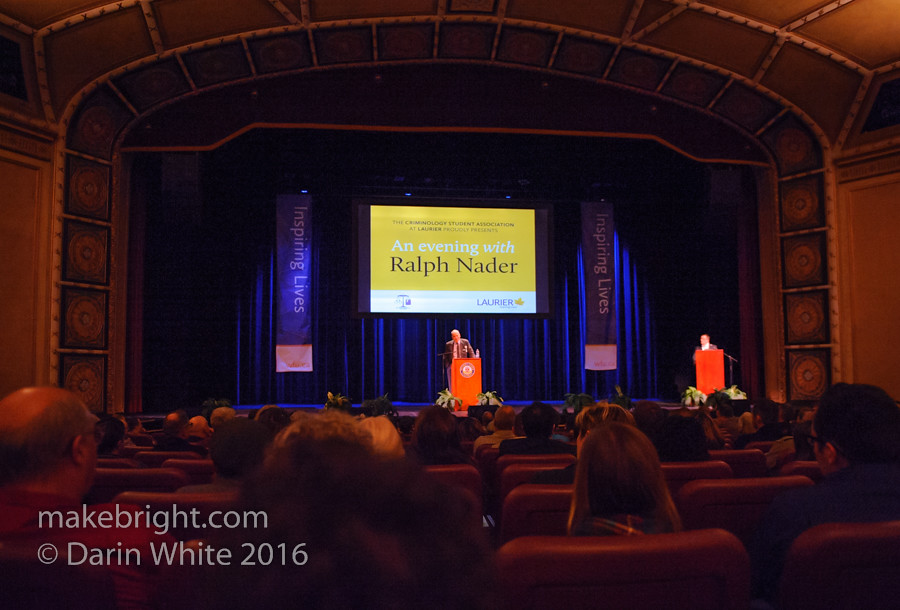 Earlier in the week, I met for coffee with my good friend Jack Jackowetz, a Brantford local, and he promised my first-time visit to this venue, the Sanderson Centre for the Performing Arts, would impress me. He was correct. Thanks to Jack and Anne for saving me a seat. I also need to thank my friend Gord for connecting me with one of the free tickets, necessitated by my procrastination in seeking out the U-Desk at Laurier’s Waterloo campus. 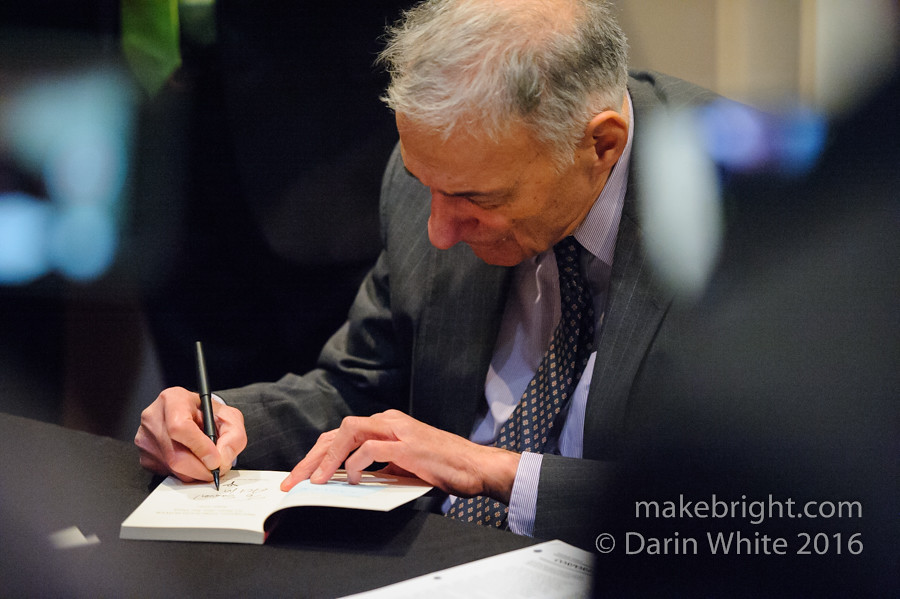 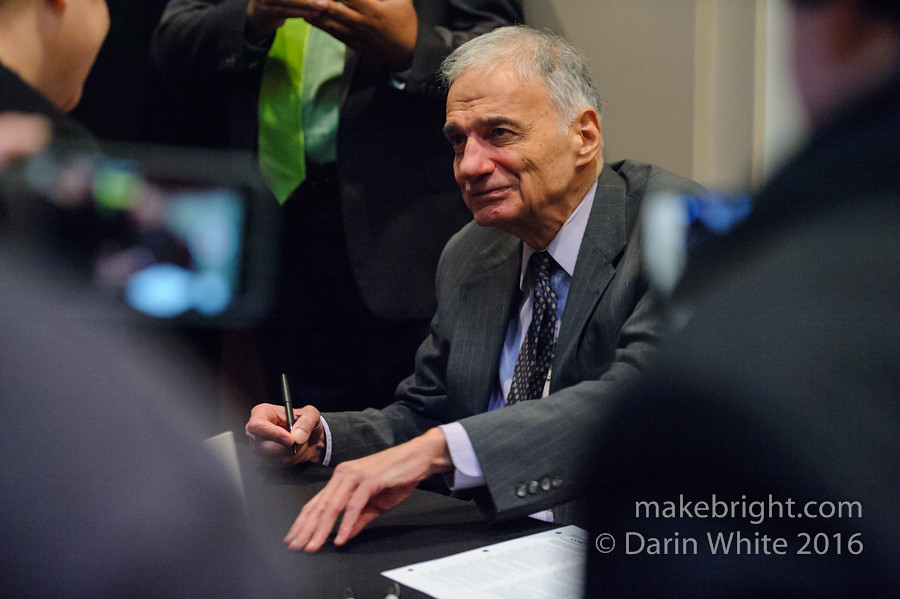 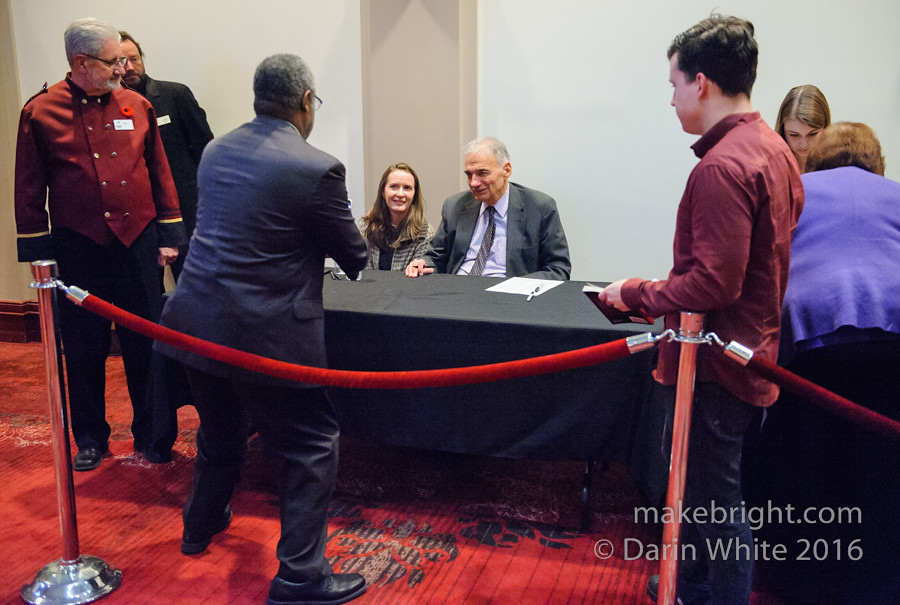 and posing for fan photos. 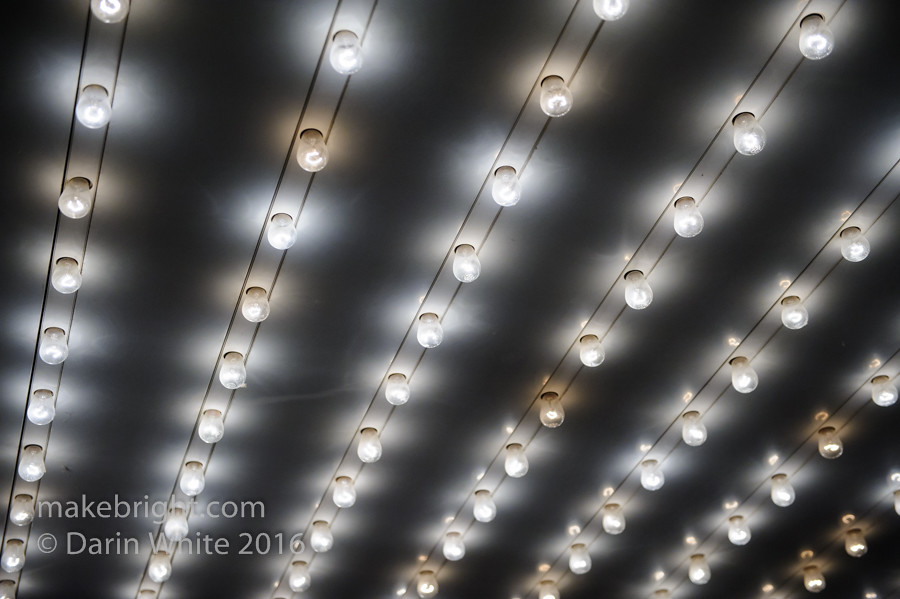 I wandered out into the night… 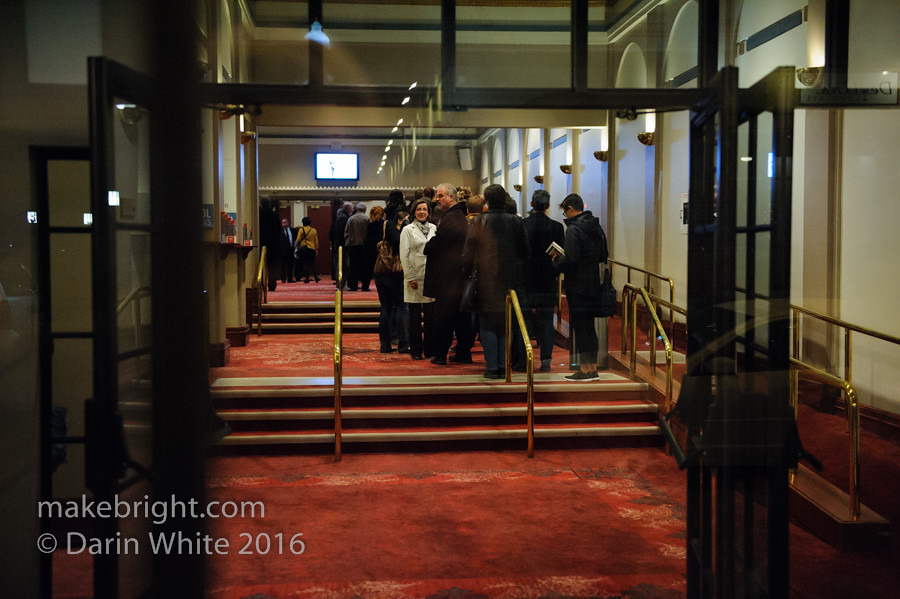 leaving the long line of signature seekers, and heading toward home, my head crackling with ideas.

On Dalhousie Street, this is Brantford.

This entry was posted in fieldtrip and tagged Brantford, community, Laurier. Bookmark the permalink.