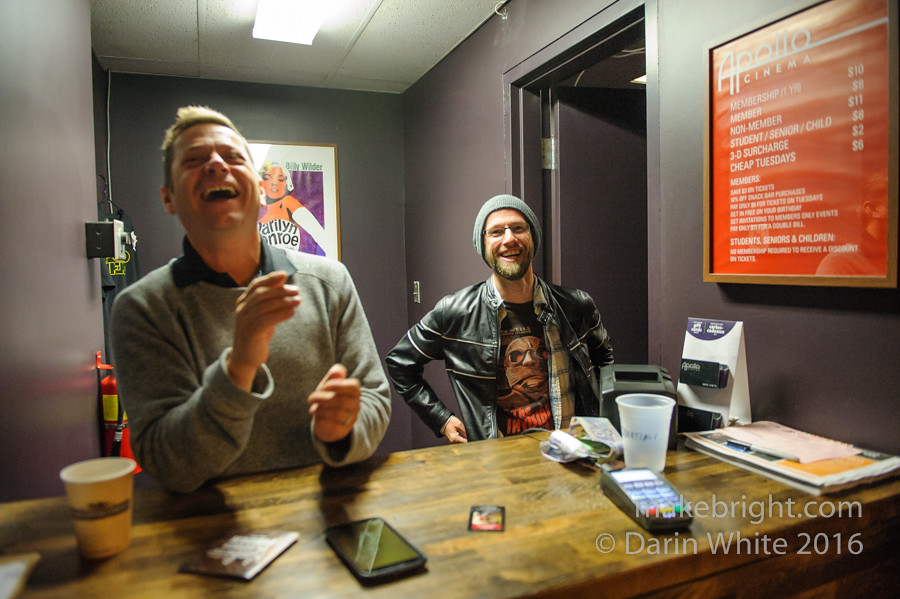 Last Saturday I got down to the Apollo Cinema to catch the screening of nine short films made by filmmakers in one short hour. My friend Duncan Finnigan (left) put out the call in October, inviting anyone to come up with an idea and start the clock when they push “Record” on their camera. Of course where you find Duncan, you often find fellow filmmaker Lyndon Horsfall (right), and vice versa. I like their think-it-up-and-do-it approach to community engagement.

The TL;DR: this is a good thing, encouraging people to try out their filmmaking chops. The next round of films screen at the end of January, so you can submit your own. Their effort could use a little sponsorship, so if you like the work, support the work.

Speaking of sponsors, this jam was helped along by the Grand River Film Festival, Centre in the Square and the venerable Ed Video out of Guelph. 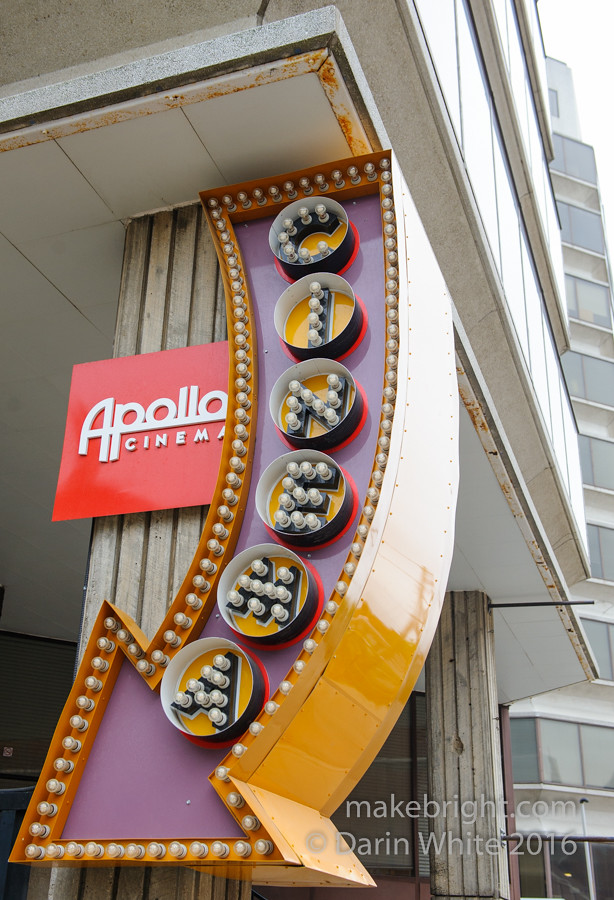 No surprise to you DTKers: the films were up on the big screen at Apollo Cinema. 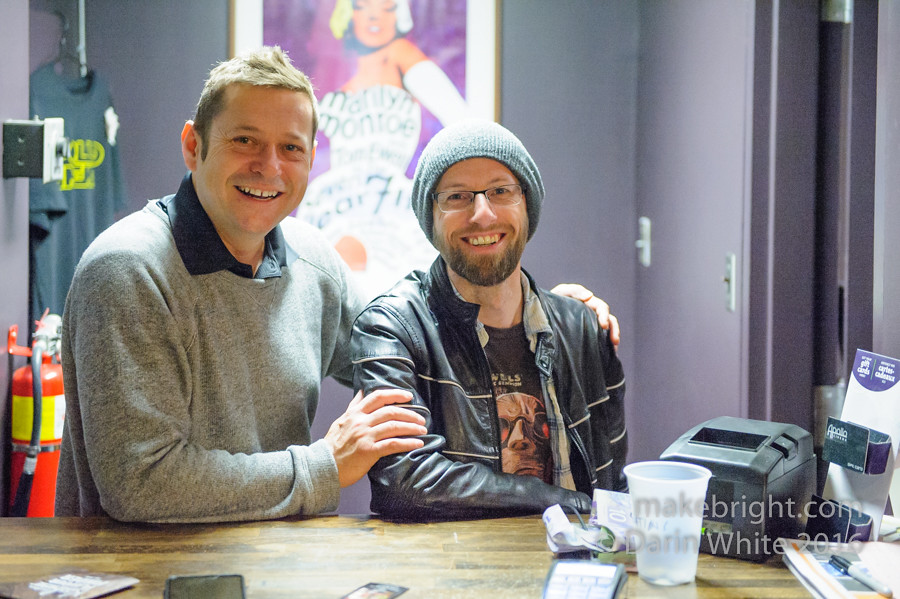 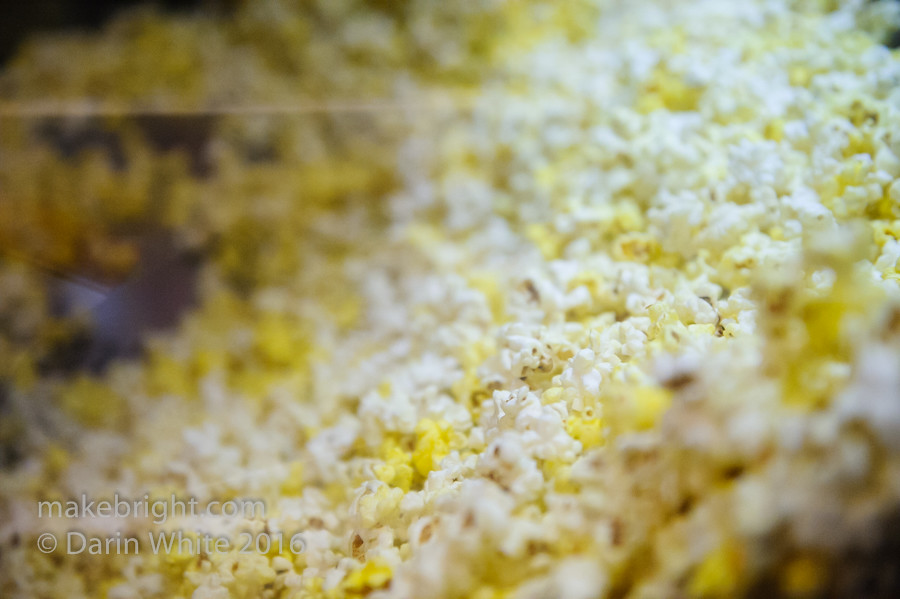 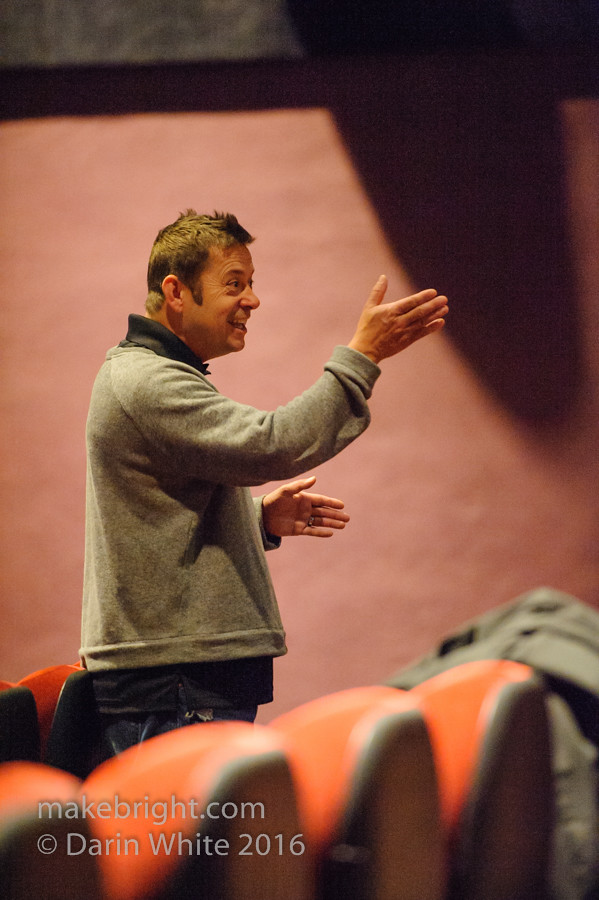 Just a few more minutes for the audience to assemble. 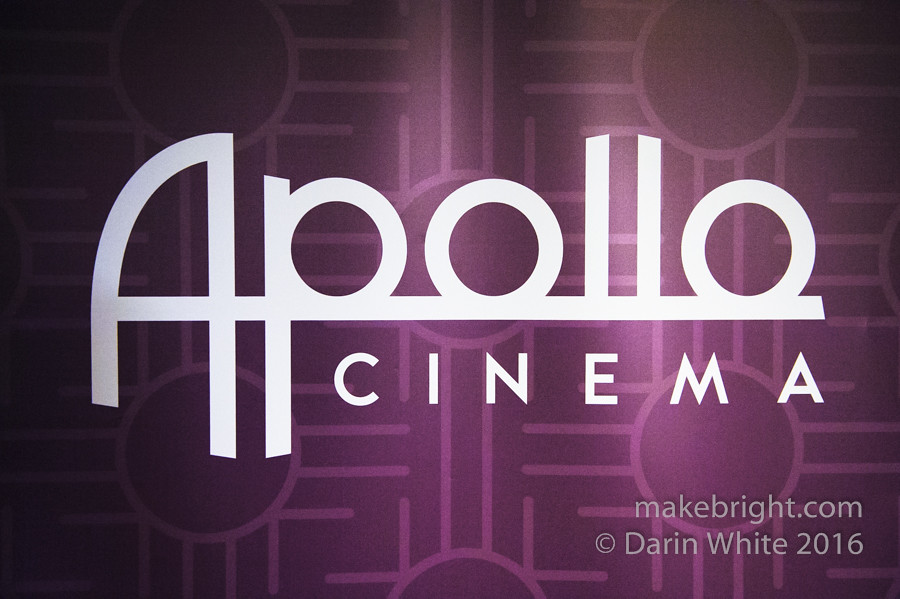 This was one of those many things I go to where I have no idea what to expect. And I go anyway. It’s very interesting to see the creators and the work they put together under such a tight constraint. It’s a bit exciting to see this wisp of a thing come together only because a group of people committed to it. Makes you think of the possibilities. 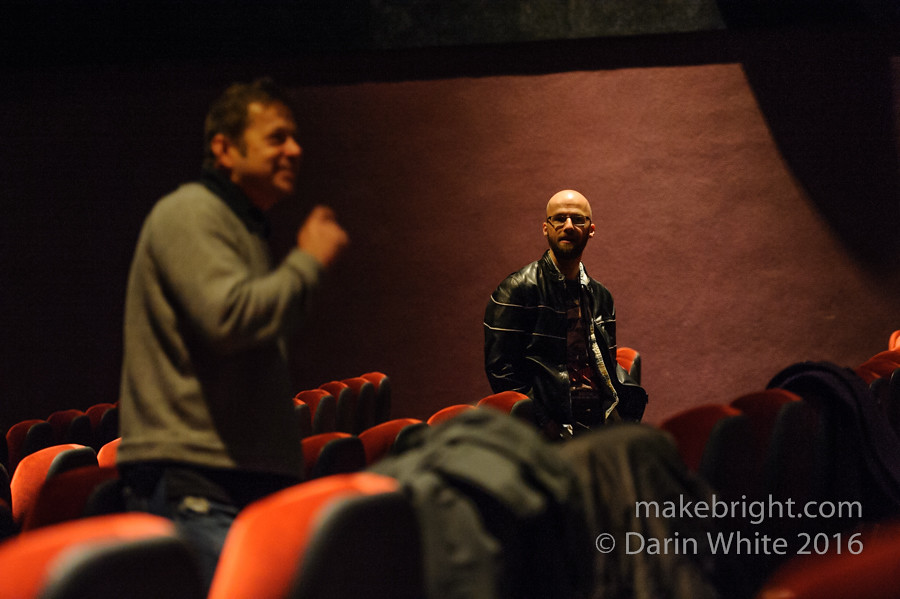 It’s hard to photograph Duncan in the dark. He’s a fast mover. 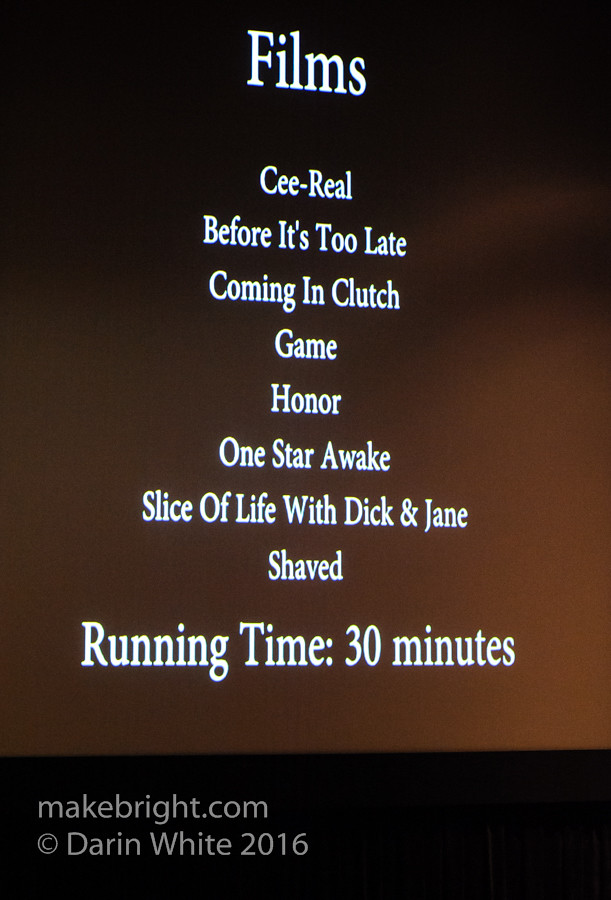 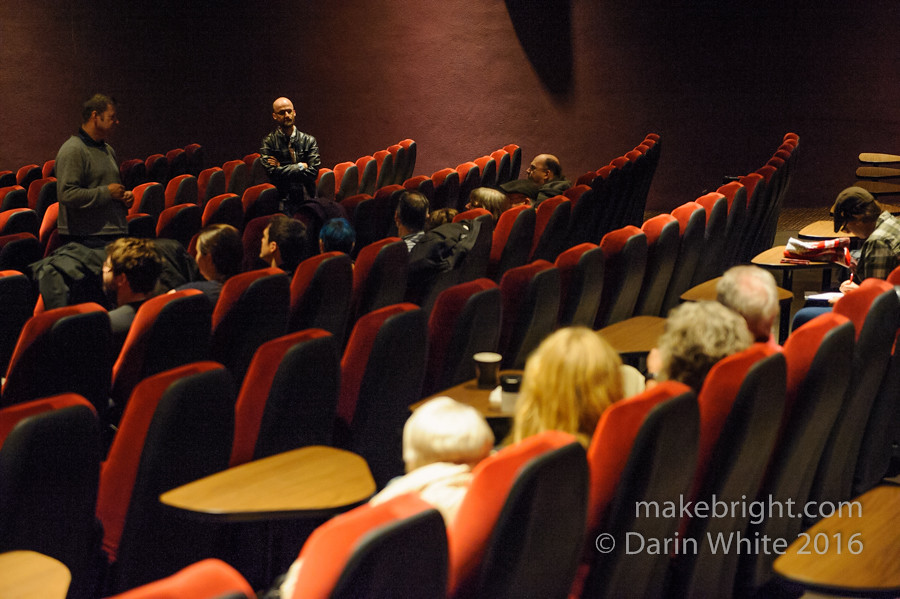 After the lights came back on, Duncan asked the crowd about their experience of the 1-hour film challenge while the judges sorted the results. I didn’t know a single soul in the audience, which tells me that local filmmakers are rich ground for new friends. 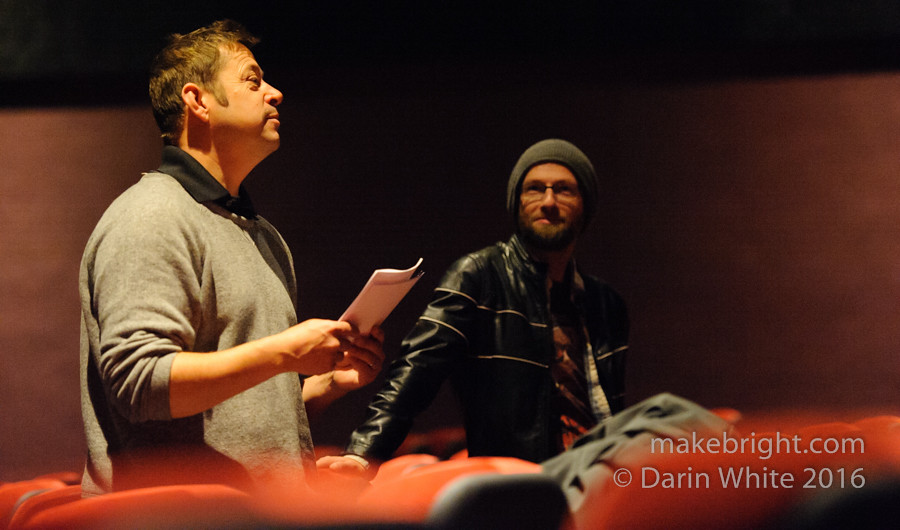 Calling out some winners… 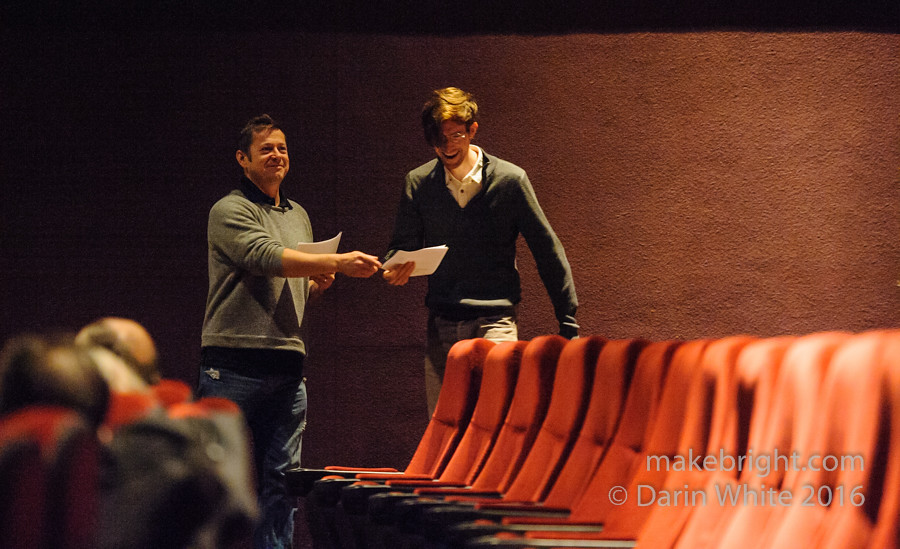 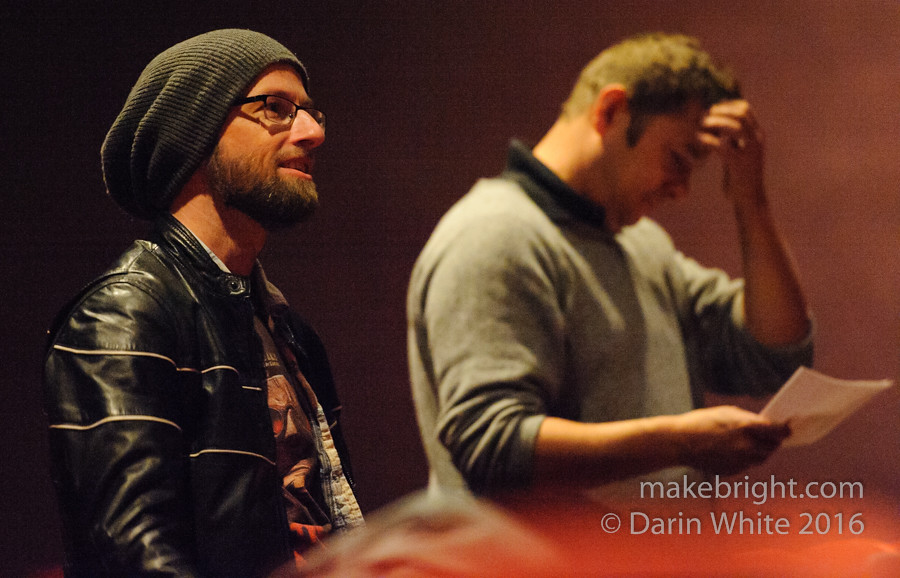 Regular readers know I’m more of a still photography practitioner, but this really think about what short film I would make in an hour. 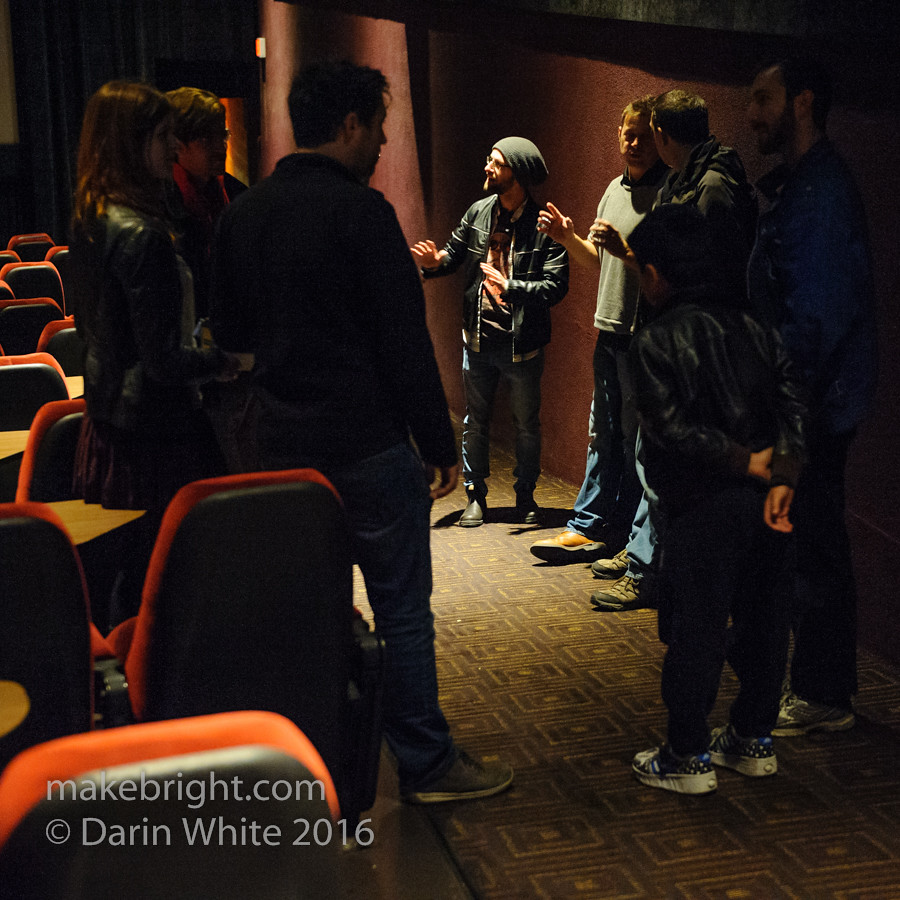 Had to include this shot just for the symmetrical hand gestures of Lyndon and Duncan in separate conversations. Great work guys, puttin’ this together. Thank you. 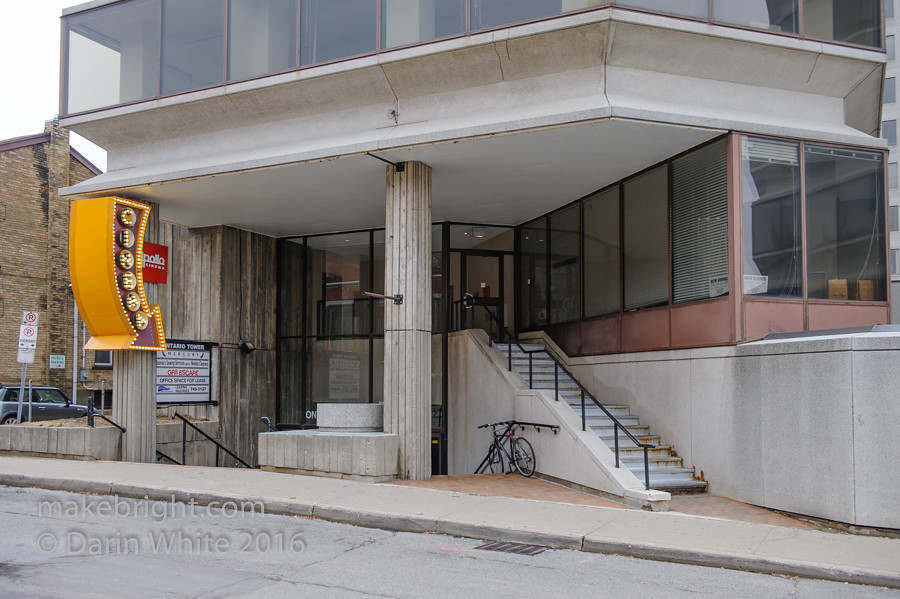 You got a film in you? Of course you do. See you in January.

At Ontario and Weber, this is Kitchener.

This entry was posted in film and tagged Apollo Cinema, Kitchener. Bookmark the permalink.