A thank you that reaffirmed my work 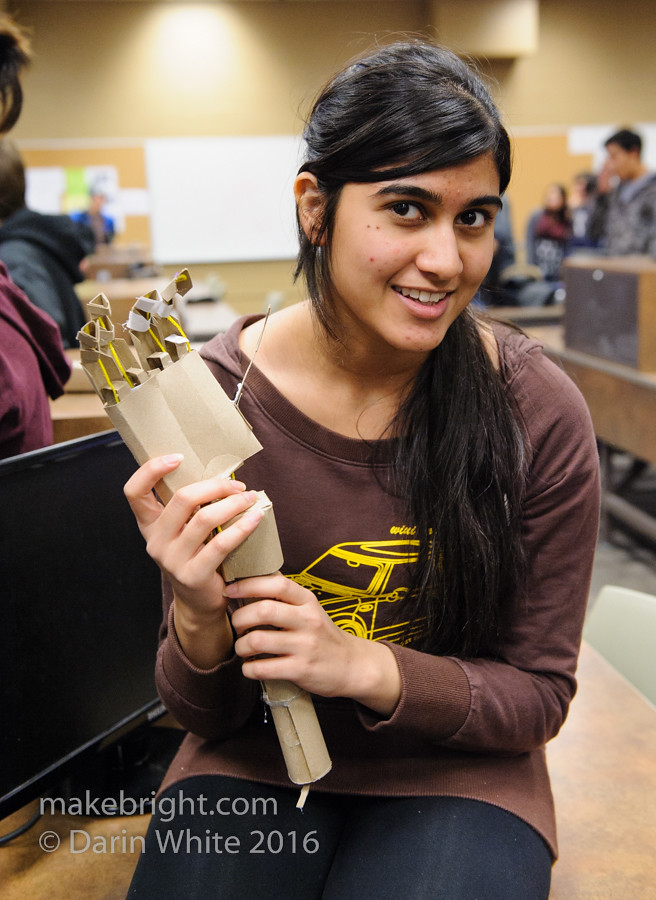 Every once in a while, I get a thank you, so heartfelt that it stops me in my tracks and makes me remember why I started makebright back in 2010: to contribute something positive to the community, to have made a constructive difference through what I’ve done.

This is UW student Sameen Waseem. I included her in a story back in February when I visited Prof. Andy Trivett’s ME101 class while they tackled low-fi prototyping. At the end of the summer, I received this comment on makebright from Sameen:

“I am a Mechanical Engineering student at Waterloo University. You wrote a little about me in one of your articles and its been on my list all summer to thank you for using such kind words about me. It meant so much to me and the excitement of sharing it with my friends and my family was truly such a heart warming experience. I cannot explain how much of a difference it made, I actually had more motivation then ever to work hard towards my goals. I exceeded my expectations even if they weren’t the best in the eyes of others. So I would like to say thank you and that your work makes so much of a difference, maybe more than you realize.”

This hand is made by Sameen and her group. Andy introduced Sameen as the maker who sorted out all 3D printing in WATiMake on a co-op workterm. She figured out all the optimal procedures and settings and documented the whole thing (though she laments that “nobody reads the documentation”). I asked what the big takeaway was from that experience and she said: use the laser cutter whenever possible. She said one of the best uses of the 3D printers was to make custom superhero cookie cutters.

I talked to her quite a bit about her experience as a woman in the predominantly male class. This is top of mind for me as my daughter Arden has her sights on UW Engineering in two years. Sameen said it’s important to just believe in yourself and what you want to do, even if your friends are doubtful of your choice of studying engineering. She added it was doubly hard as a woman from Pakistan to go into engineering, but she had a lot of encouragement from her dad. Yay dads! Sameen is hoping to land a co-op job at Formlabs (who make that awesome SLA printer we saw earlier in this post). I hope the folks there are paying attention because Sameen is a maker’s maker.

It feels a little self-serving to post this, like I’m going thank-you fishin’. But that’s not it. I’m not given to whinging on social media, but some days this community investment work is unfun and I smirk at myself and say, “Self, you signed up for this.” This day is not one of those days. It is, rather, a great day. Sameen, you’re very welcome. All the best in your studies and career.

This entry was posted in community and tagged thanks. Bookmark the permalink.