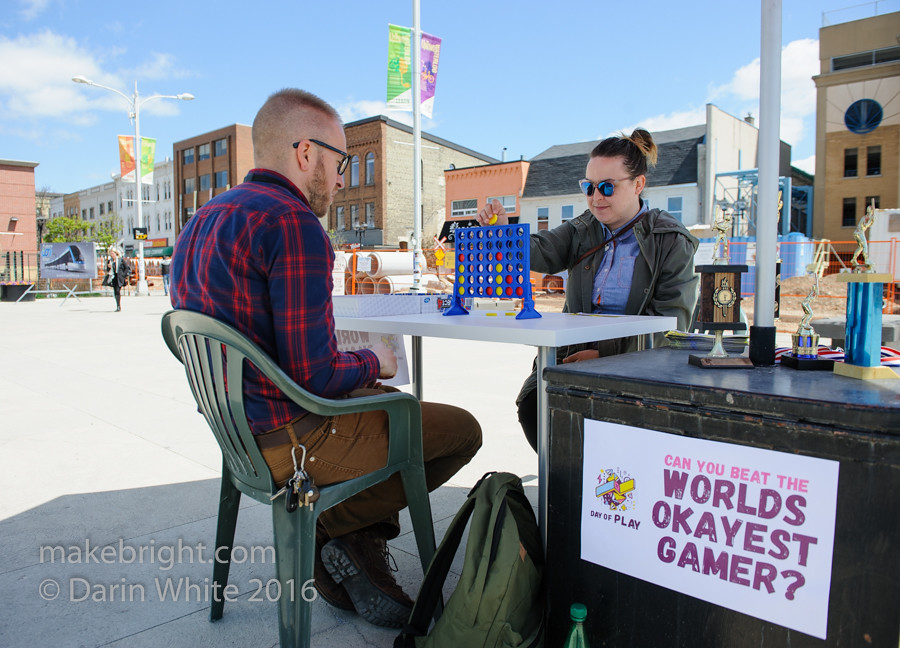 Josh Bean (left) recently joined Waterloo’s Arts & Culture team. I met him through Jonathan Massimi, and considering they are both social activators coming out of Brantford, perhaps we should look to our southern neighbour and ask if they have any more they can send us.

Part of Josh’s job is to program the public square and we’ve been bouncing ideas off each other on how to most effectively engage the community in our respective gigs. I think the three basic ingredients are trust, a well-developed sense of humour and being a real and accessible person at street level. To the latter point, last week Josh sent me a Facebook link to this guy Thomas who is doing a date-while-you-wait at NYC subway stops. Josh started doing something along the same lines in Waterloo Public Square today to promote the upcoming Day of Play series and really just to engage people face to face. One of the first to play was the Queen of Zine, Ms. Ellie Anglin (above), who thought she didn’t have time to play, but changed her mind when I gave up my seat at the table. You’re wondering who won: no groaning when I say we’re all winners. 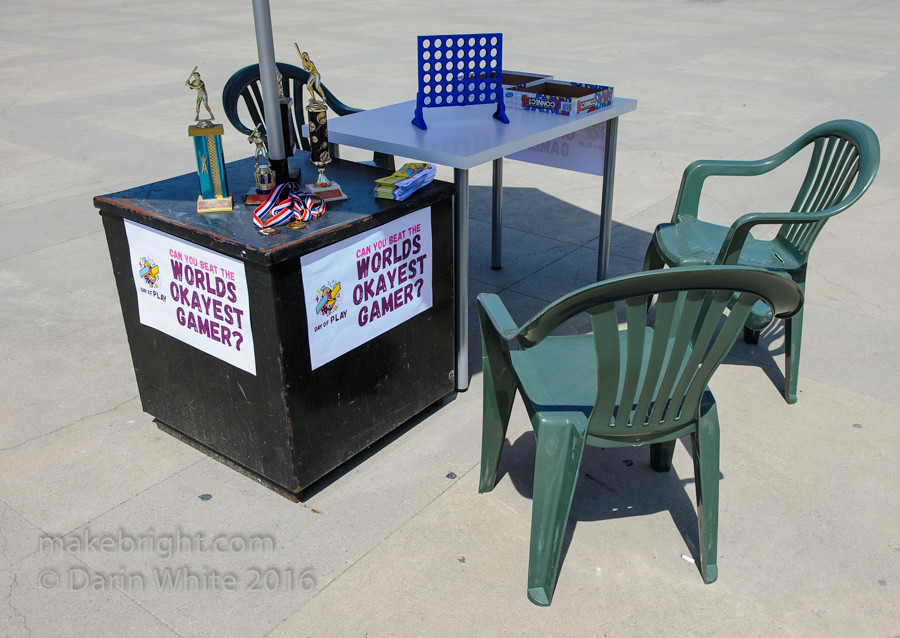 Especially delightful are the trophies and medals you can win playing against the “World’s Okayest Gamer”. Josh admitted to me when I got back in the game “I probably should have looked up some strategies for this game before coming out here.” 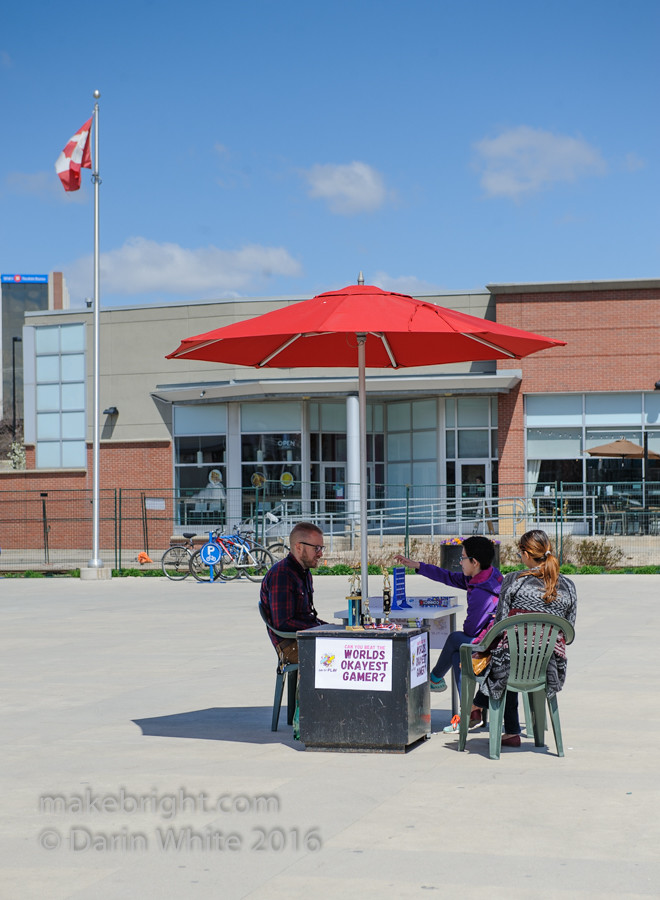 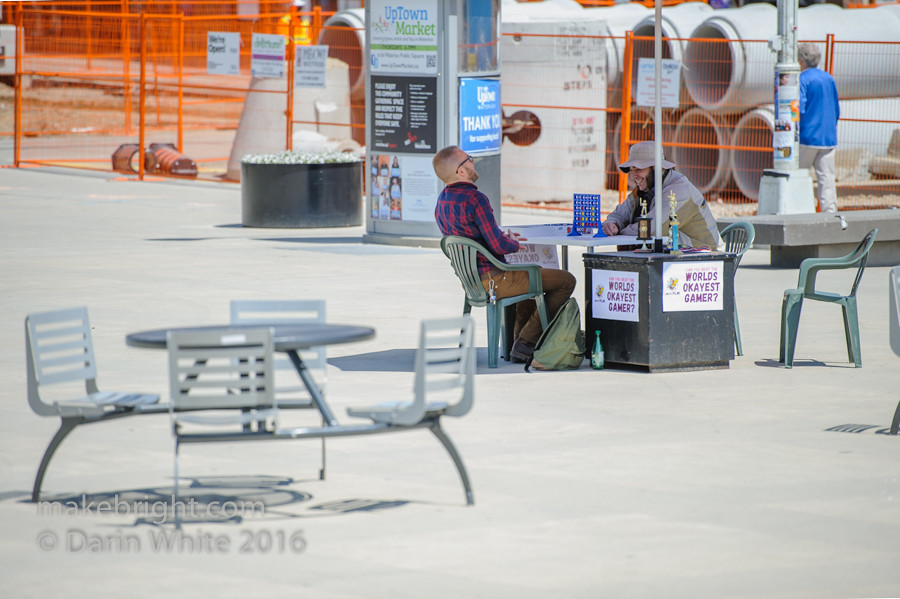 It was very interesting to see Josh engage strangers in the square. For every one that sat down, there were about eight that were looking really hard at this curious and novel thing in our square. And half of those eight smiled wide when they read the sign. 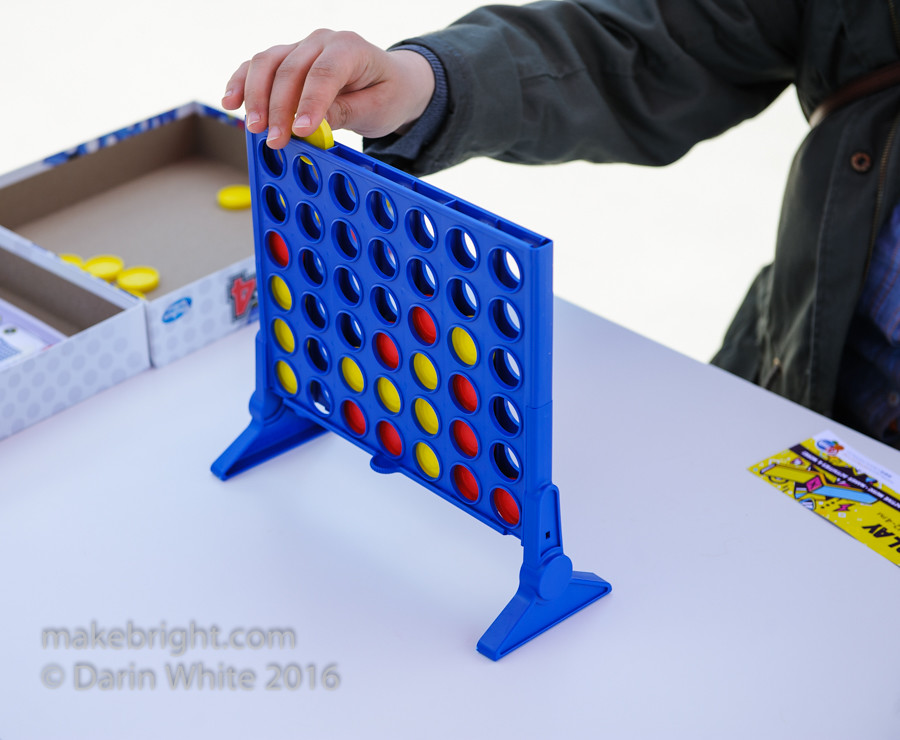 In Waterloo we fancy ourselves as big risk takers, as innovators. I’m not sure that’s the case when it comes to taking risks around social connections. We fare pretty well during the busker festival because that’s got some structure around it. Talking with strangers on any old Monday falls a bit outside our usual routines in the core. 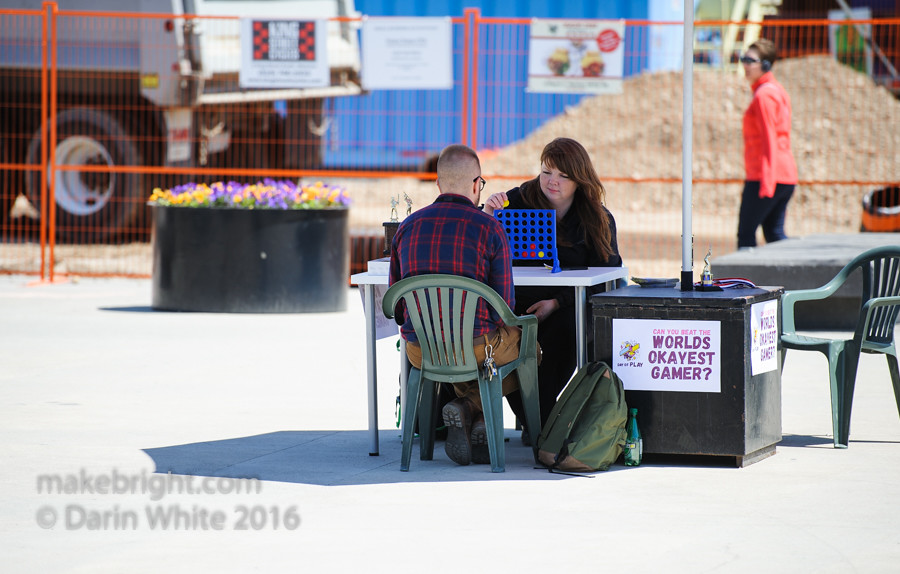 Josh is a pretty friendly guy, so stop by at lunch hour and take a seat. He’ll be there for the rest of the week, he said.

Uptown in the square, this is Waterloo.

This entry was posted in community and tagged game, public square, waterloo. Bookmark the permalink.