Kitchener: can we keep this set at City Hall? 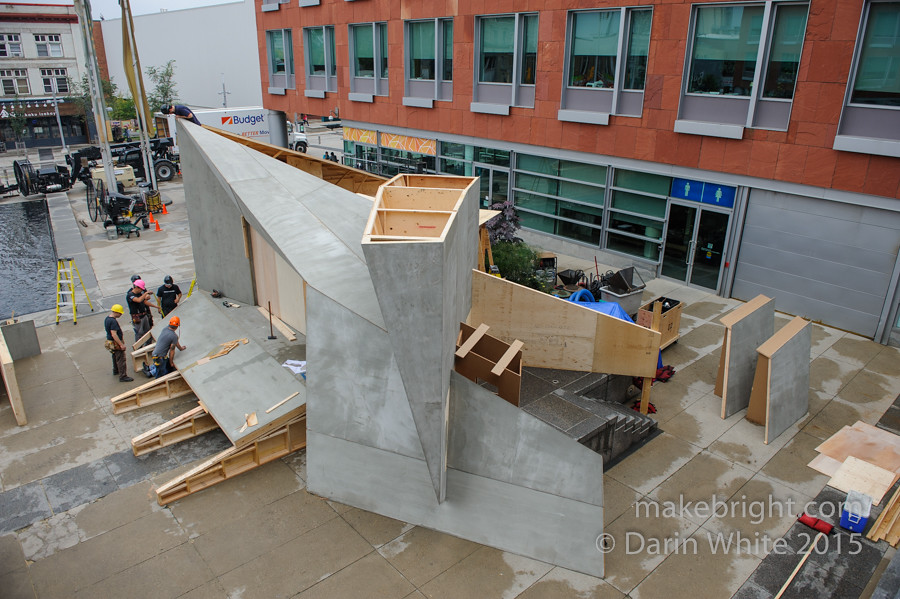 Further on my sandwich search today, I popped by City Hall to peek in at Lauren Weinberg’s new place there in the old Carbon Computing space. Well, I got more than I bargained for. I was trying to figure out why there was this funky plywood structure going up around the stage and what the deal was with the giant wind machines parked out front.

Well, who should happen by but Cat Bischoff who filled me in that this is a set build for the TV series Heroes, which is apparently doing a bit of filming here. My only question now is: can we keep it? 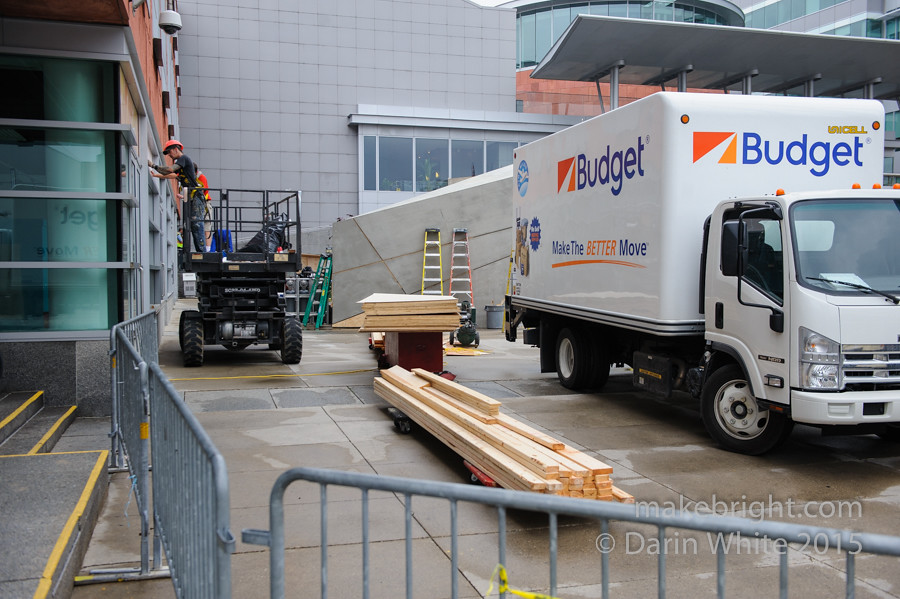 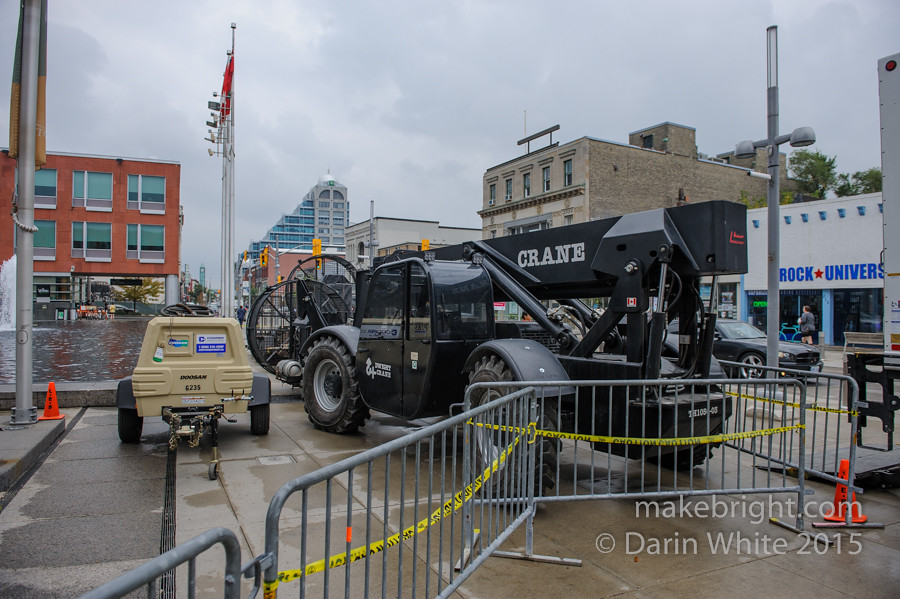 We could have really put this crane + wind machines to good use during Maker Expo. Low-altitude sky diving? 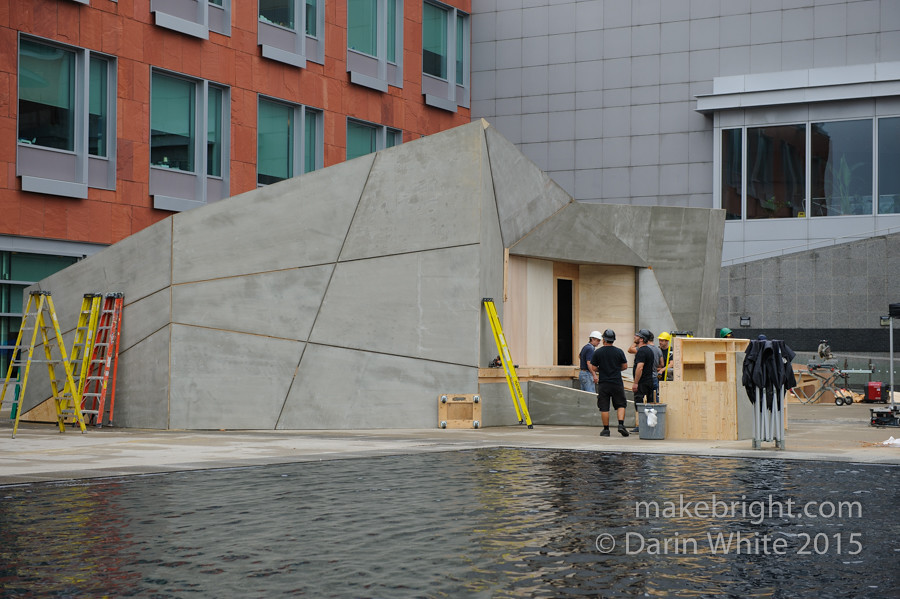 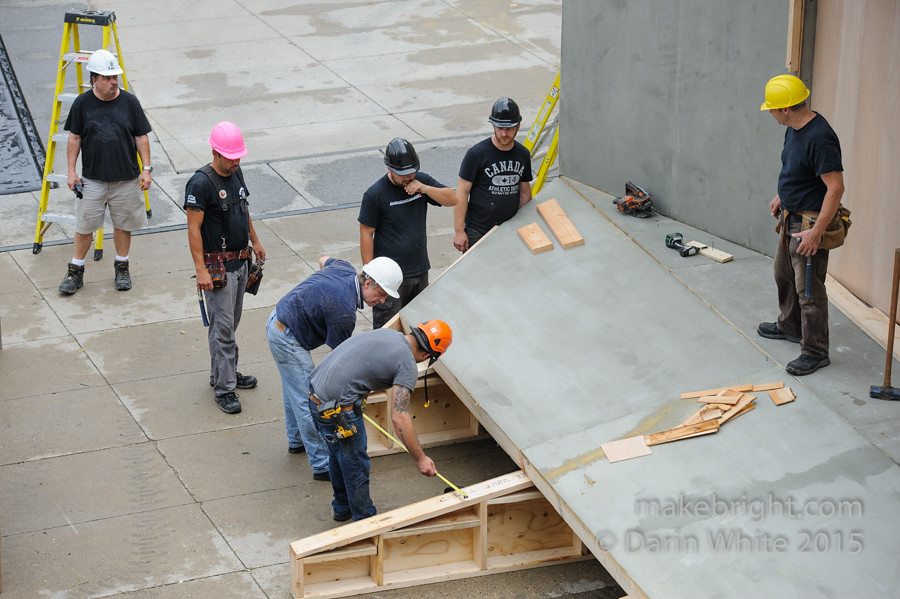 This could be a permanent fortress of solitude at City Hall. 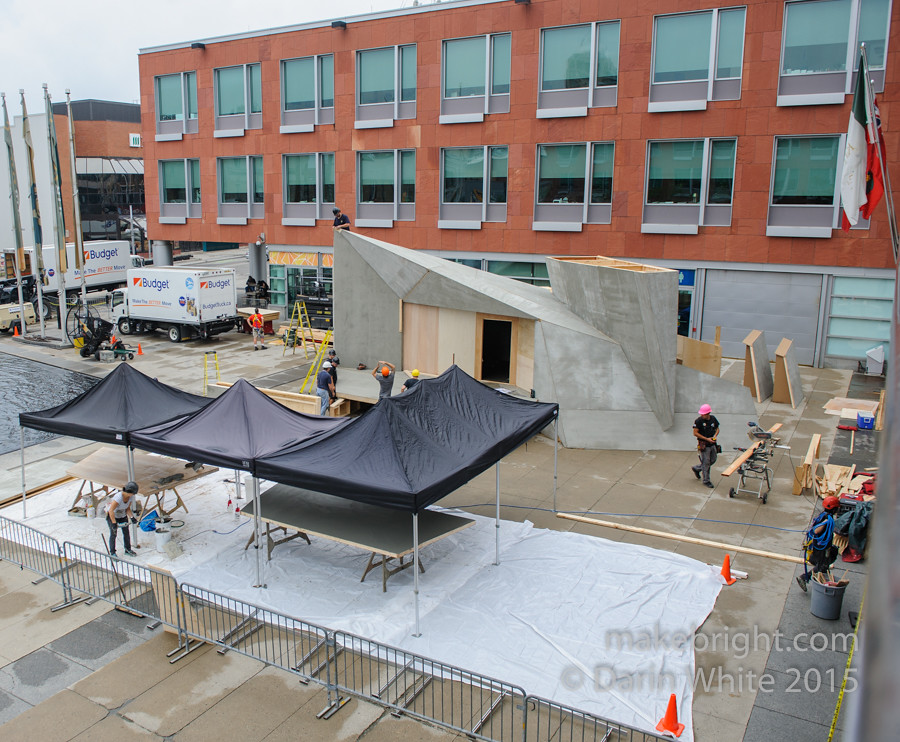 I want the job parging concrete(?) on to the plywood panels under the tents. Such a cool effect. 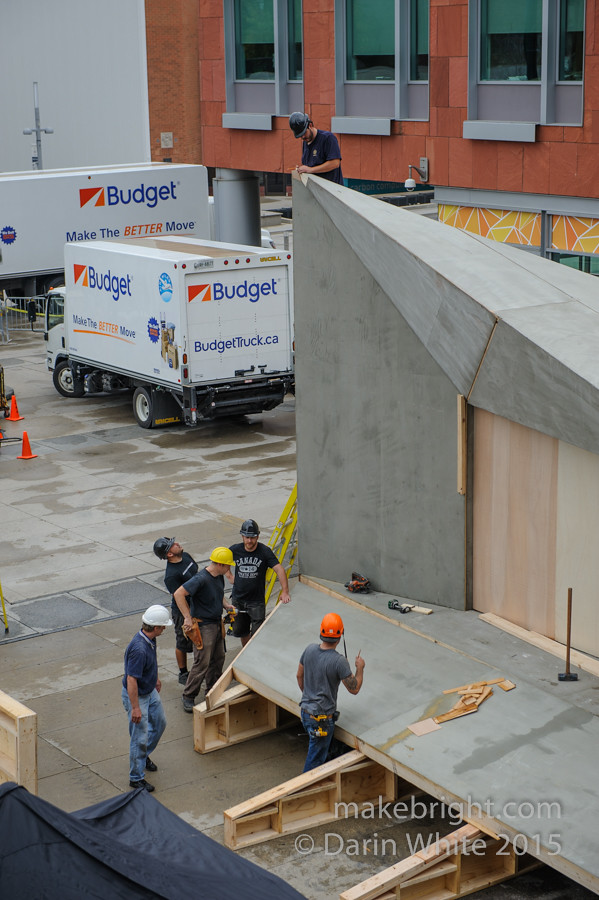 You know the Louvre Pyramid? Ok, this is different. 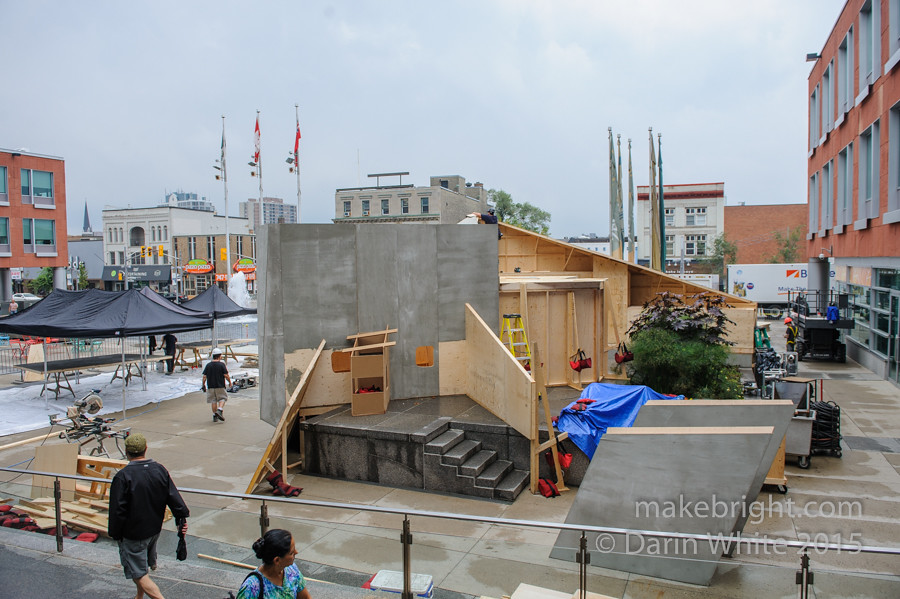 And then the skies opened up with biblical rain. Mad skillz with these carpenters. Respect.

We are all makers.

This entry was posted in build and tagged construction, KCH, Kitchener. Bookmark the permalink.