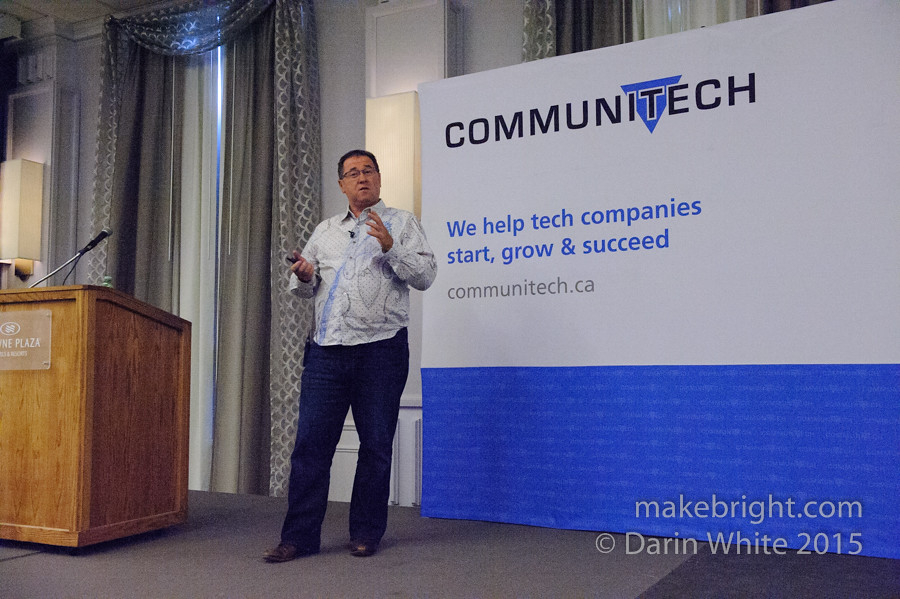 A couple of weeks ago, I was fortunate to catch a talk by Google’s Senior Engineering Director and Country Product Lead for Canada, Steve Woods. It was a talk on diversity in the context of Communitech’s Women in Technology Peer2Peer group.

My motivation for going was twofold. First, I’ve been working pretty hard with a talented crew on lighting up Maker Expo, which explains the dearth of posts here on makebright as most of my output has been diverted to the Maker Expo Blog. For that event we’ve put a lot of effort and thought into an honest attempt at diversity along the six dimensions of affluence, ethnicity, age, gender, locale, and makerly domain. Spoiler: in agreement with Woods, I can tell you diversity is difficult and necessary.

On the second count, I’m very curious about this giant and somewhat inaccessible force within our community called Google. I have a number of friends who work there, though like seasoned tech professionals we don’t talk about what we work on. I enviously watch the progress of the Google-hired mobile tire service on Joseph St. seasonally swapping employee tires twice a year. And I’ve even been upstairs for lunch in the Google cafeteria where I caught a glimpse of Myke Predko(!) demo’ing edu-bots for googlers (hey, I bought his Microchip PIC book back in the day and distantly shared organizational orbits of IBM Canada and RIM with him through my career). Yet still Google in its local instantiation at Victoria and Charles Streets is a mystery. 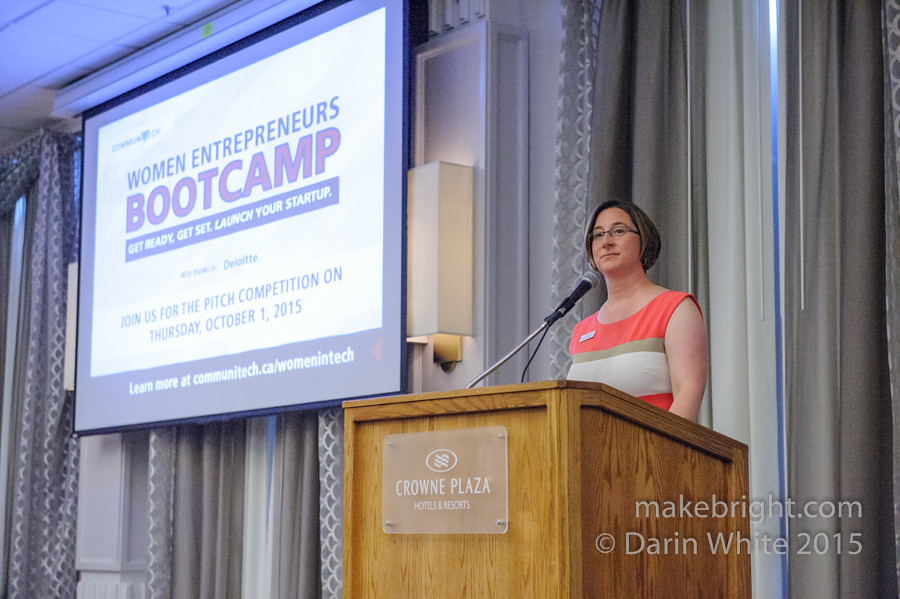 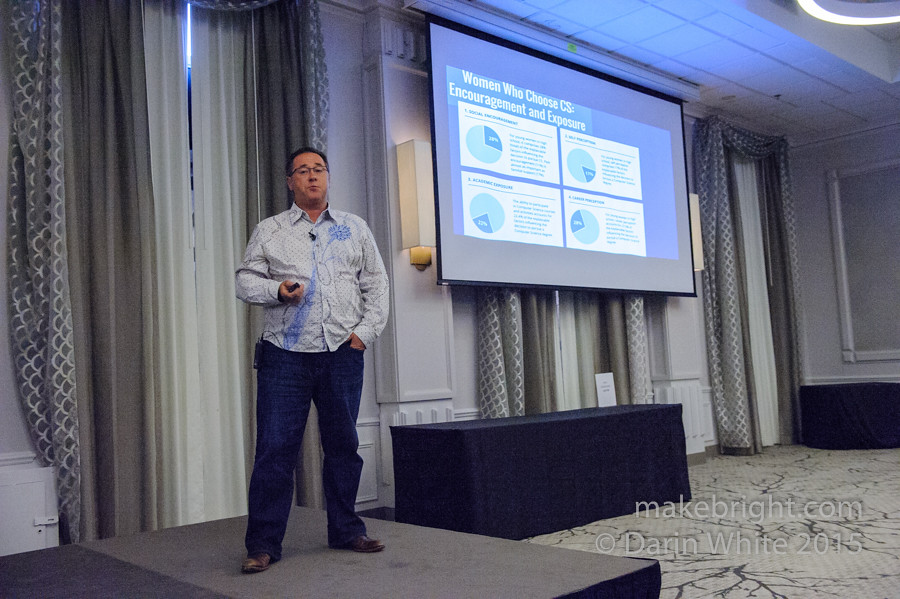 Steve talked about coding saving the world. Wait, just listen: we live in a world where there exists inconceivably large datasets. Tons of data on climate, on genetics, on disease, on food production. To make any productive use out of that mountain range of data for the good of humankind, we’re gonna need a lot of coding talent. There’s just not enough currently available and when we look at the dismal gender imbalance in software dev, we can see that half the world is wickedly under-represented in this domain.

Here’s where it got really interesting for me: Steve expressed some surprising organizational self-awareness. “I know I’m part of the problem”, he said, acknowledging that Google soaks up a healthy portion of dev talent itself, leaving less in the well for the rest of the world. He also said that Google is working to do better in terms of all kinds of diversity including gender balance. They have a ton of data on everything from, well Google Everything, as well as organizational plumbing like hiring, evaluation, promotion of their employees. In a funny aside, he described a likely-to-be-successful hire as a candidate that gets a good score on their tests, has one interviewer that hates them and one interviewer that loves them. They have the data to prove that. They also know exactly how they’re doing on gender balance. Like realtime dashboard-style awareness.

Knowing about the problem, quantifying and qualifying it was the first step. A first step toward improvement has been the adoption of training (maybe discovery is a better word) that Steve called “bias busting”. He noted that you may think you know your biases, but the most subversive ones will surprise you. They surprised him. He touched on greater representation of women in people leadership roles versus technical roles. Management. In a moment that made me laugh out (very) loudly, Steve said “If you’re a manager at Google then something went awry. Individual contributors earn more than managers at the same level.” 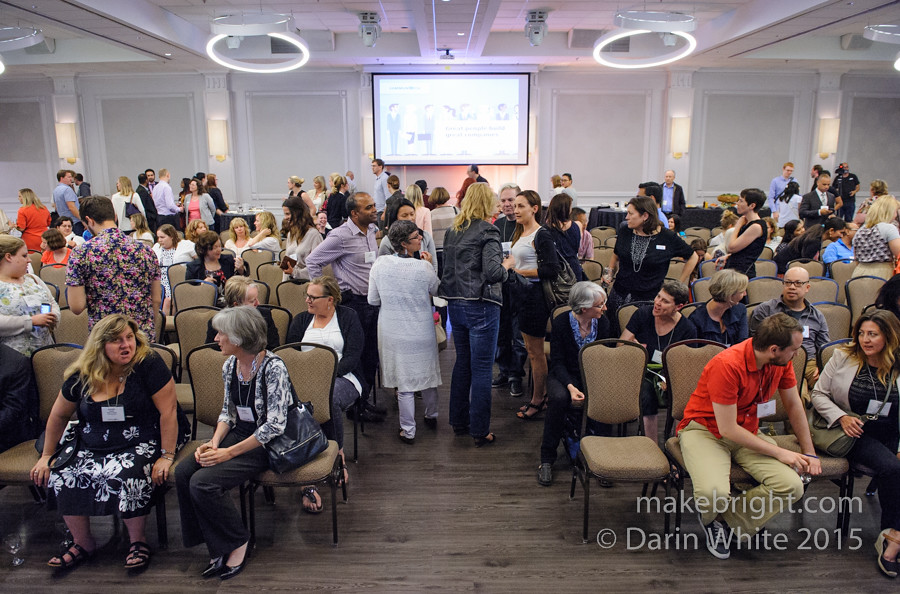 Where it gets especially personal for me, is when the talk turns toward kids. Steve’s got three(?) daughters in school. I’ve got a 15 year old daughter Arden and a nearly 13-year old son, Calder. Data again: we’re losing 61% of girls in math and science by Grade 7. I know this personally to be true. We have battled mightily in our family against external forces subverting equal opportunities for our kids. Our family has whiteboards around the house where we quickly sort out any stumbles in math and science and where we also push beyond provincial curriculum. We are active makers in my house and there are regular science experiments in progress. All this and still my daughter’s elementary school experience with FIRST Lego League was her doing the soft-skill presentation and social stuff with the other three girls and “the boys programming and building the robots.”

I try my best to self-regulate and judiciously throttle the sharing of what my kids call “Dad’s life lessons”. But I also try to dig some learning out of those experiences, reinforcing with the kids that our biggest hurdles in life are within us. Bust yer own bias. Arden, now in high school, joined car club where they are building electric cars. She’s also taking tech class where she learned how to design in CAD, etch her own circuit boards, and run machining tools. And all the while I try to strike the parent’s balance between pushing and encouraging as I wonder if or when she might flip her internal switch to say “yeah, tech stuff just isn’t my jam”. I’m no social scientist, but this I know with 100% certainty: for girls and women to survive and prosper in tech they need to hang together. Arden has in the past asked for and supported the idea of all-girl teams in various tech contexts and been unable to get traction. “Well, we don’t have enough girls for a team…” That, my friends, is the easiest challenge to work on so far in this problem space. 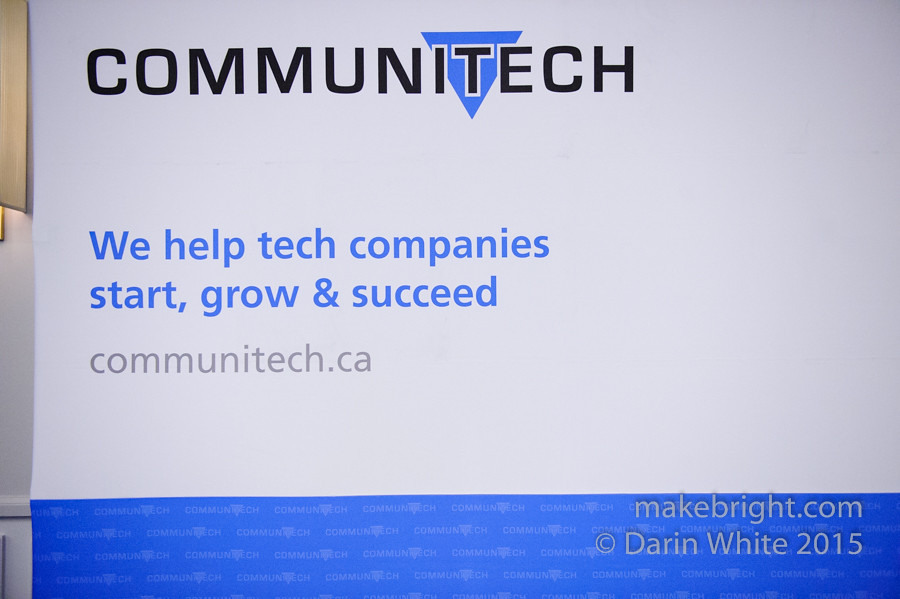 Here’s something that didn’t come up in the talk, but that is very relevant to the equal gender distribution of my family: every time there is a girls-only coding meetup like Go CODE Girl, my son asks “What about me?” Calder is hacking out his own software dev education, learning Javascript and Python on codecademy.com and creating games in Scratch. Mostly alone. It’s pretty cool to have conversations with my 12 year old about compiled versus interpreted languages, the benefits of strong data typing, and how machine instructions work. What I want for him is what I also want for my daughter: rich opportunities to explore and discover tech in the company of their peers. For all our ESQ camps, library programs, and school computer labs, we’re not quite connecting the opportunities with the resources. Maybe the Year of Code WR effort will get traction on that. They launch today. 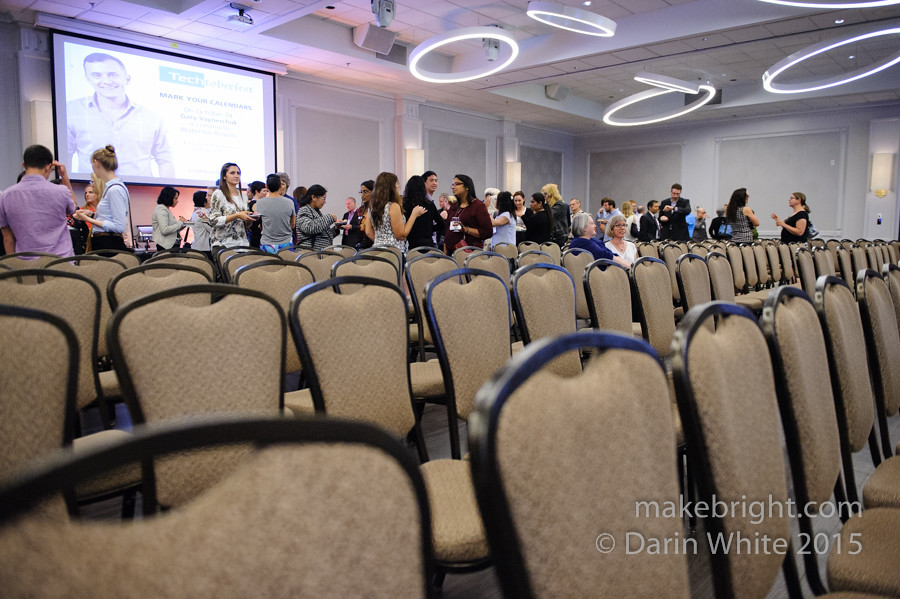 It was interesting to hear Steve describe his challenges with his daughter’s private school around mathematics. My memory is hazy on that anecdote, but I recall it had something to do with streaming her to a certain level of math. What I was mostly thinking about during that story was how high my own expectations are in the world of general tech-savvy. As I swing through the three circles of my life’s Venn Diagram, I encounter an astounding range of tech competence in the world. On one end I have friends explain (slowly) their latest ROP exploit that breaks someone’s security. Other friends are test-driving open source audio codecs on the multi-layered PCB they designed last week. On the less technical end of the spectrum, my pals mostly have email working and social media remains a relative mystery. Maybe it’s the breadth of this spectrum that makes it difficult for youth to find support in the highly-specialized domain of coding. 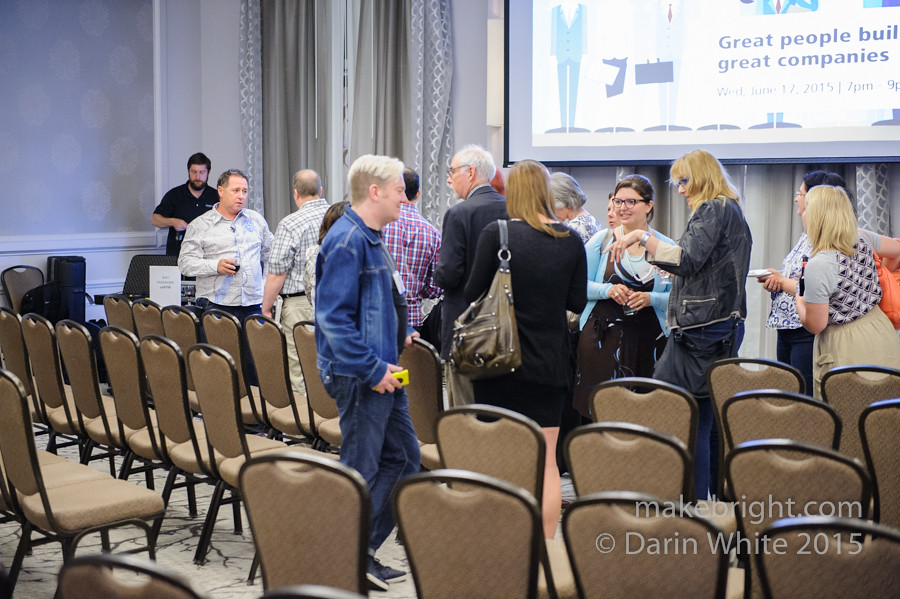 One of my final thoughts as the night wrapped up: I love this place where I live that has a bunch of smart people talking about and working on big problems. I walked out on to Charles Street in the evening feeling very optimistic.

This entry was posted in event and tagged Google, Kitchener. Bookmark the permalink.