Reinhart and Hunt at The Boathouse 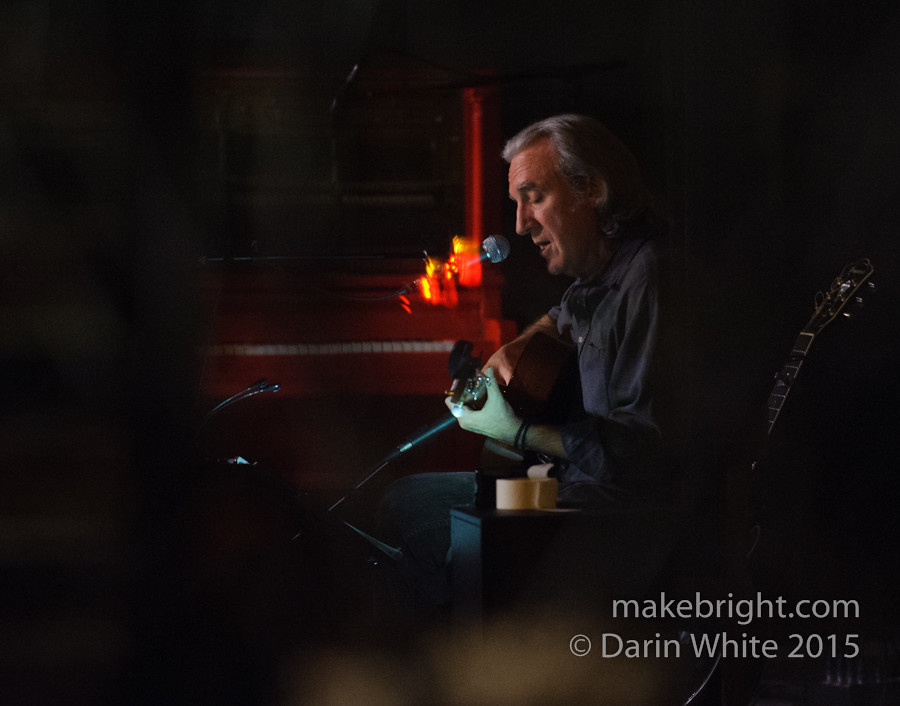 I hit The Boathouse last Thursday night after a rather hectic week. Caught a great set of the mellow urban folk sounds of Mr. Michael Reinhart, born and bred in Kitchener and now hailing from Montreal. Opening for Michael was Roberta Hunt, who regular readers may recall brings the irrepressible joie de vivre (and I rarely use that term) of Dixieland jazz.

I caught this shot above of Michael through the window as I was leaving. The tail lights of a taxi on the street were reflected in the window so I did some photographer’s yoga to put that in an interesting place. 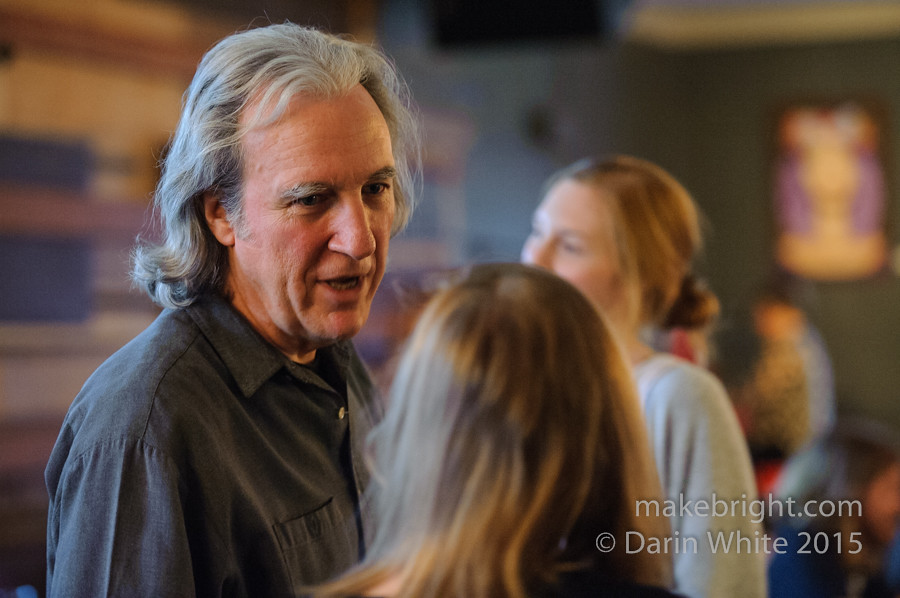 Having done a couple of shoots at The Boathouse, I can see the light change throughout the evening. Lots of light through the windows at 7:30 and then a jumble of different temperature light inside after dark. 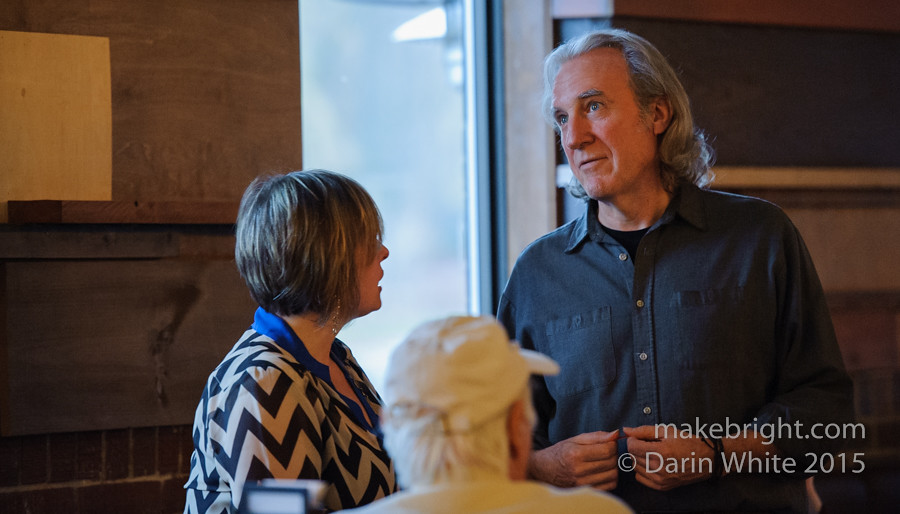 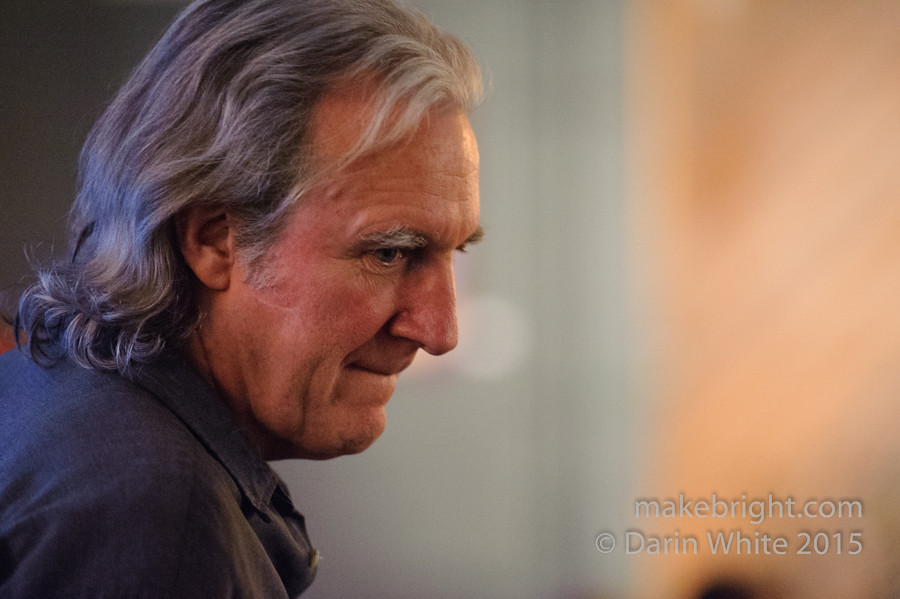 You may have guessed, Michael is the older brother of my pal Tony Reinhart. 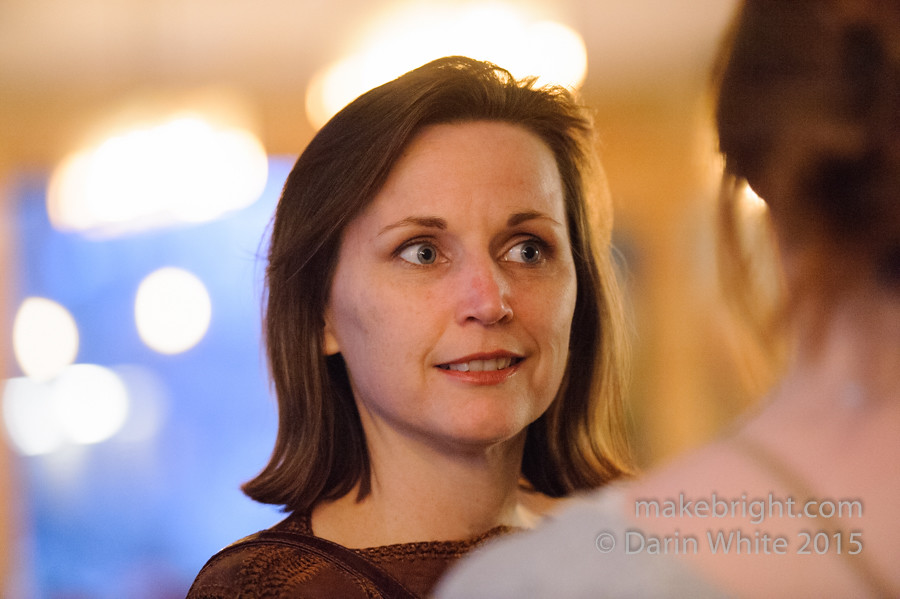 Associates of the Reinhart clan, like Tenille Bonoguore here, were in the house. 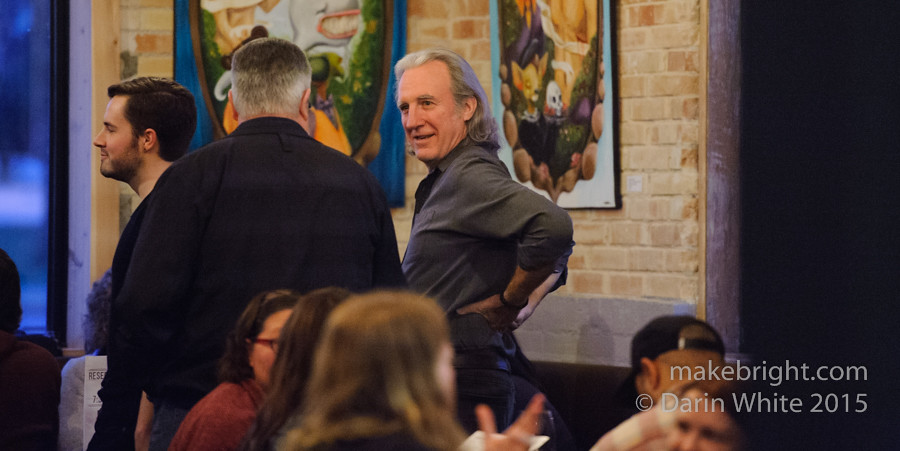 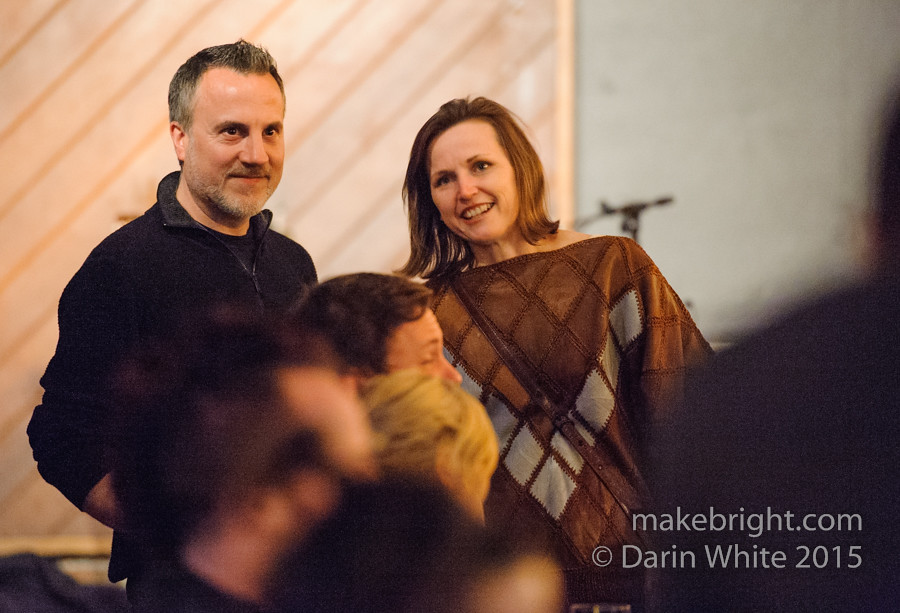 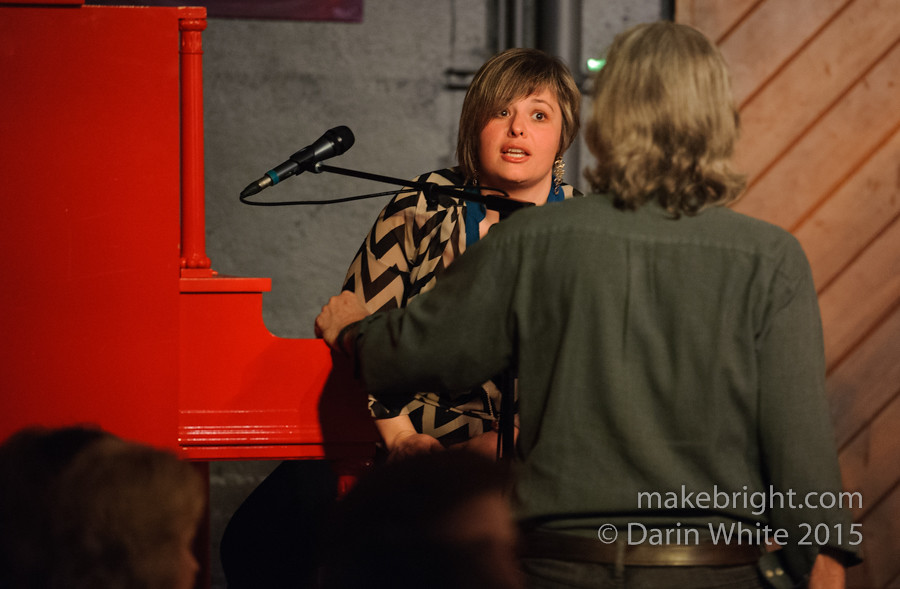 Roberta at the helm of the great red piano. Fun fact: Roberta is a trained piano tuner, in addition to being kickass on the keyboard. 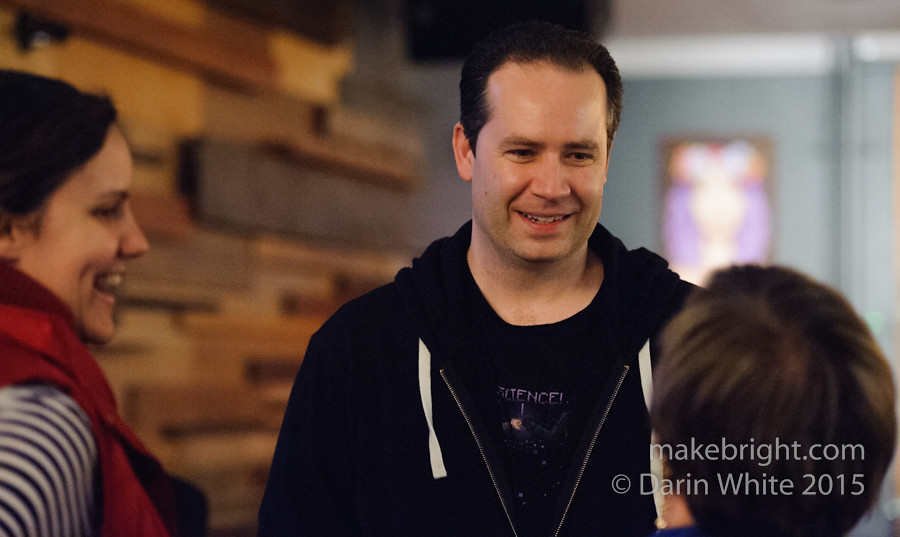 Music aficionados Colin Hunter and Liz Quinn in the house. 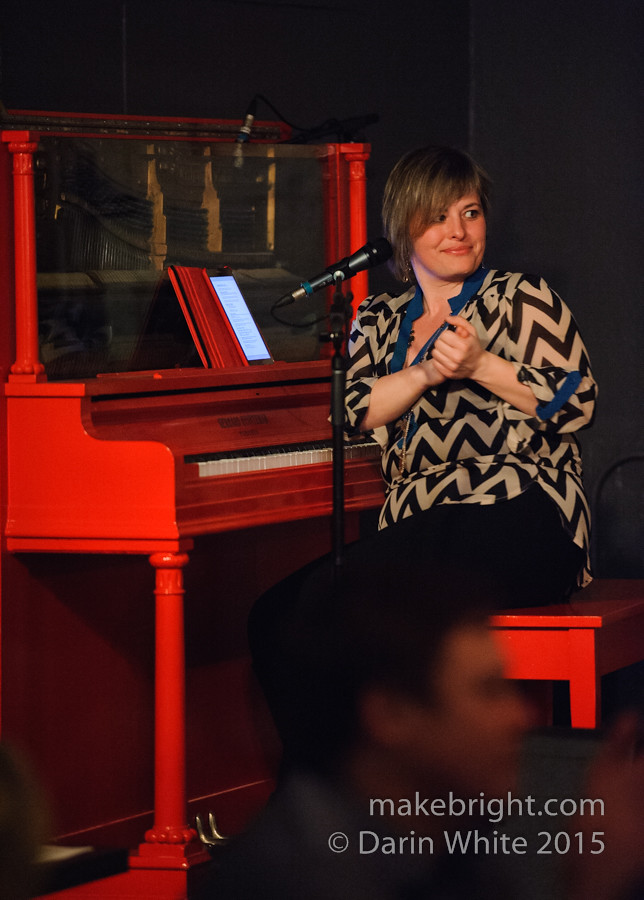 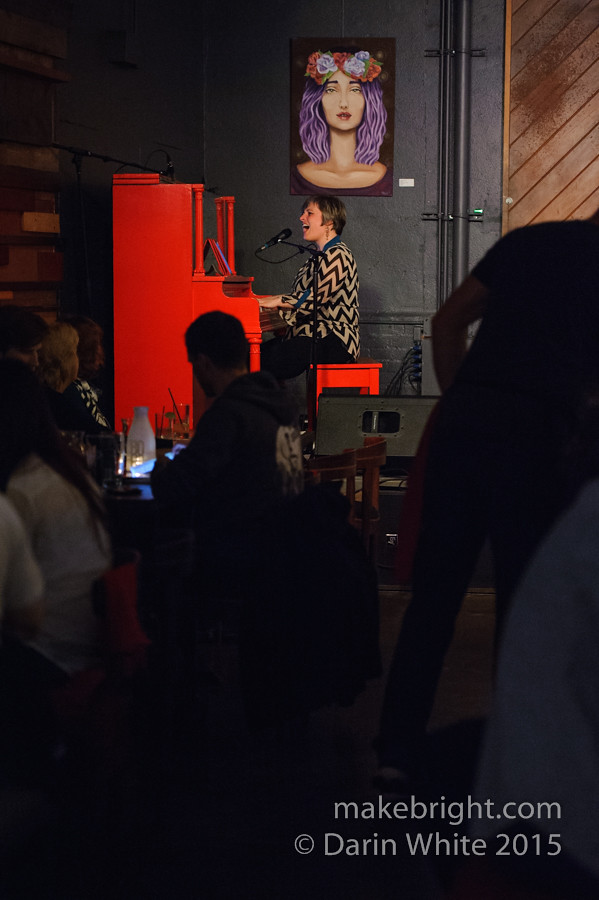 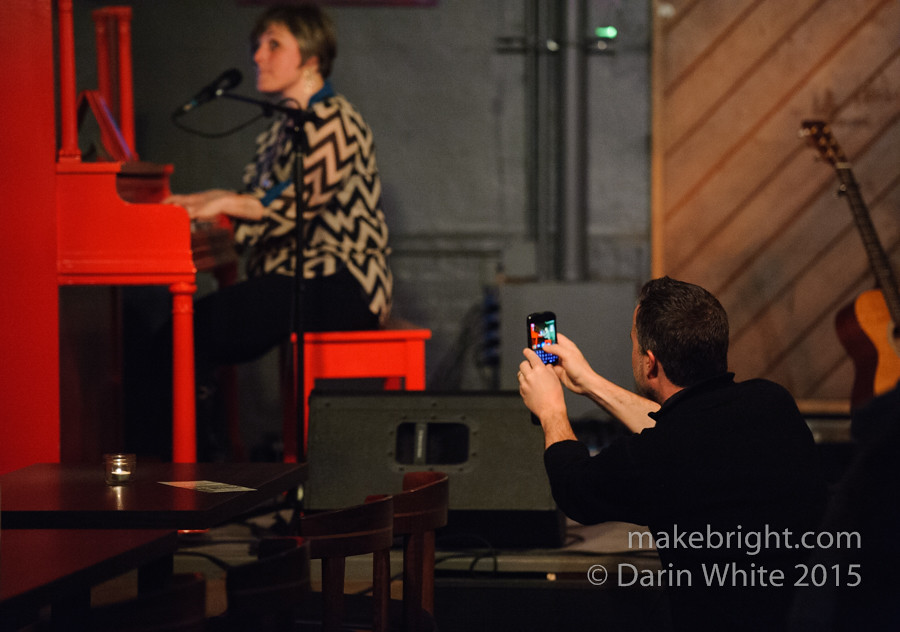 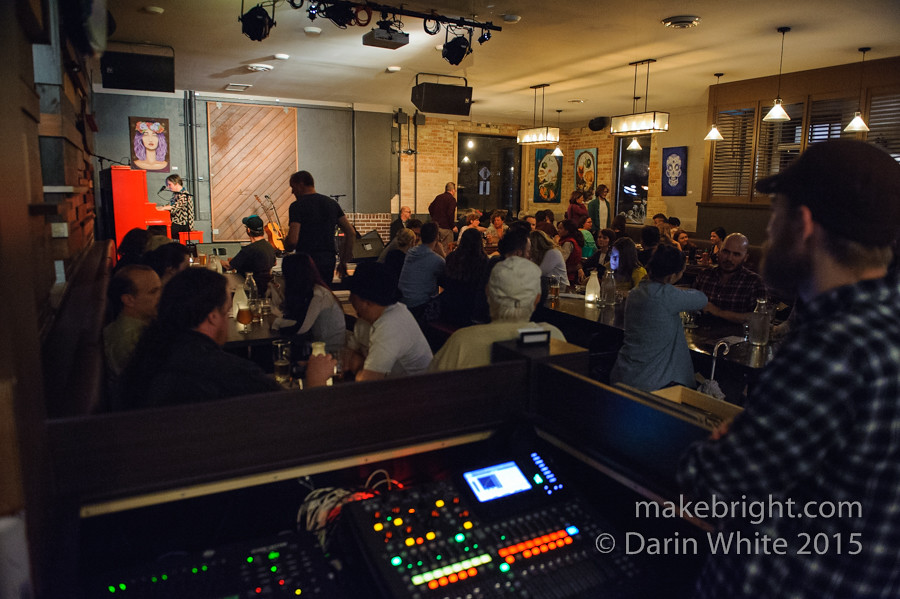 From the sound board… 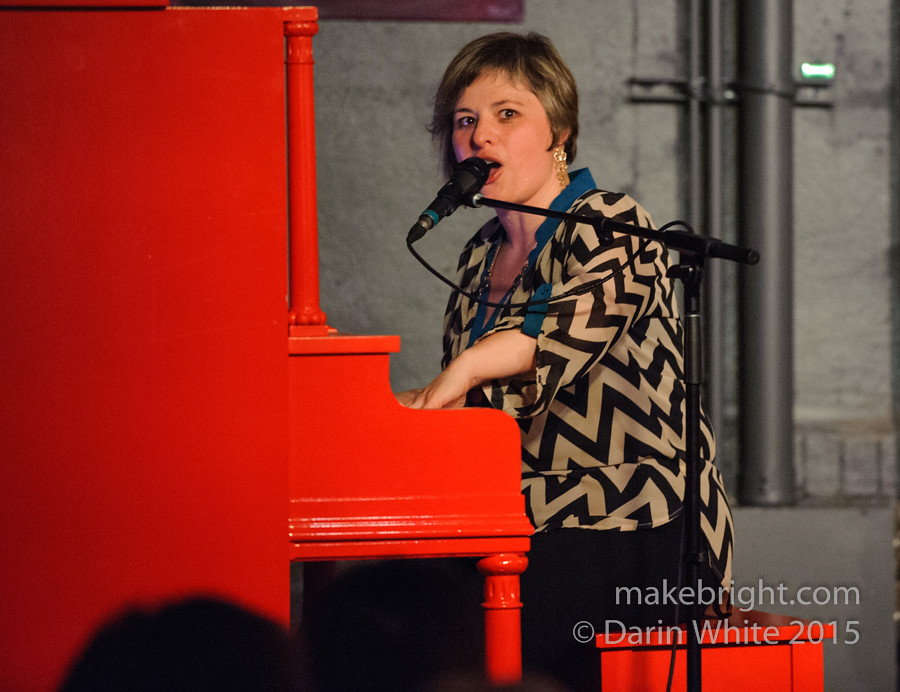 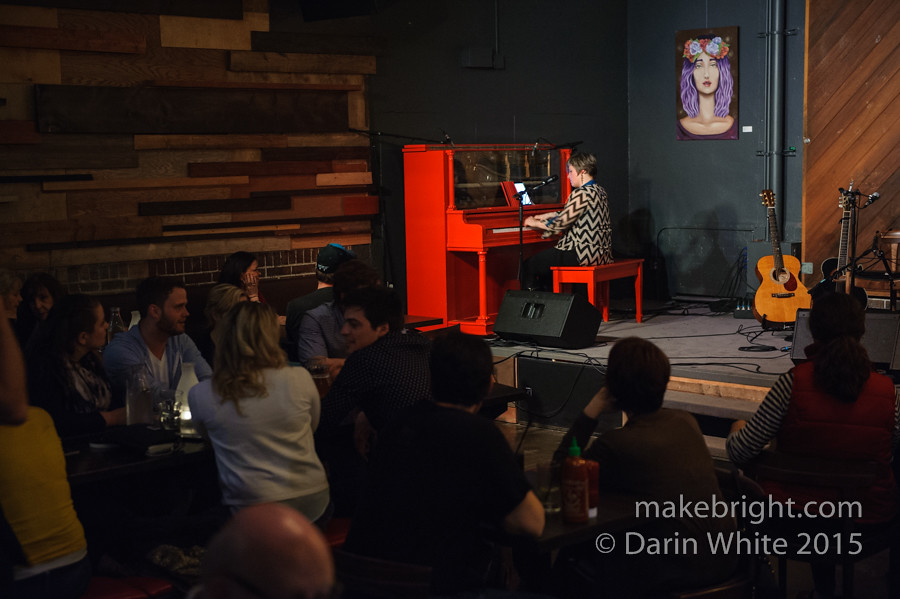 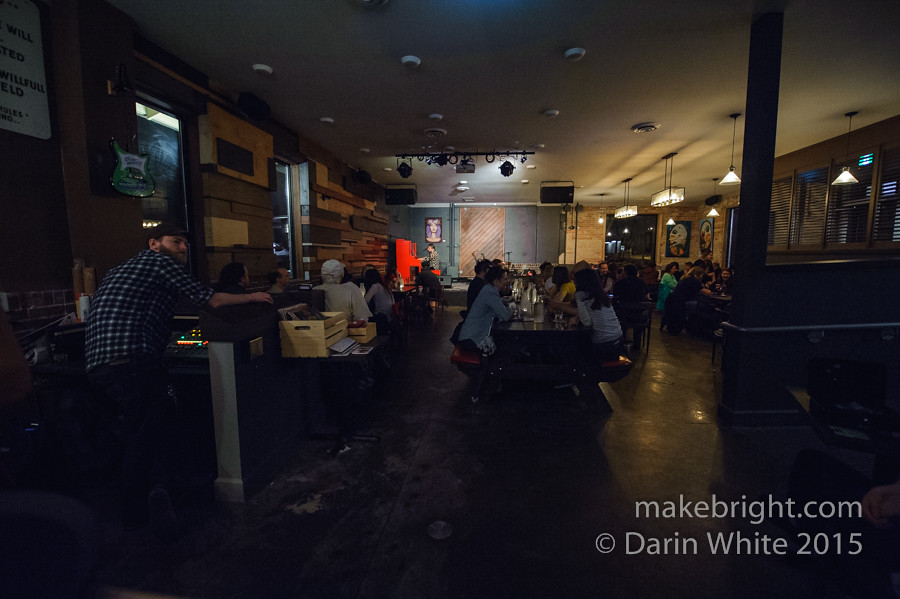 Got there early enough to grab this seat at the end of the bar. Perfect for a shoot as it lets me jump up and get different shots from around the venue. 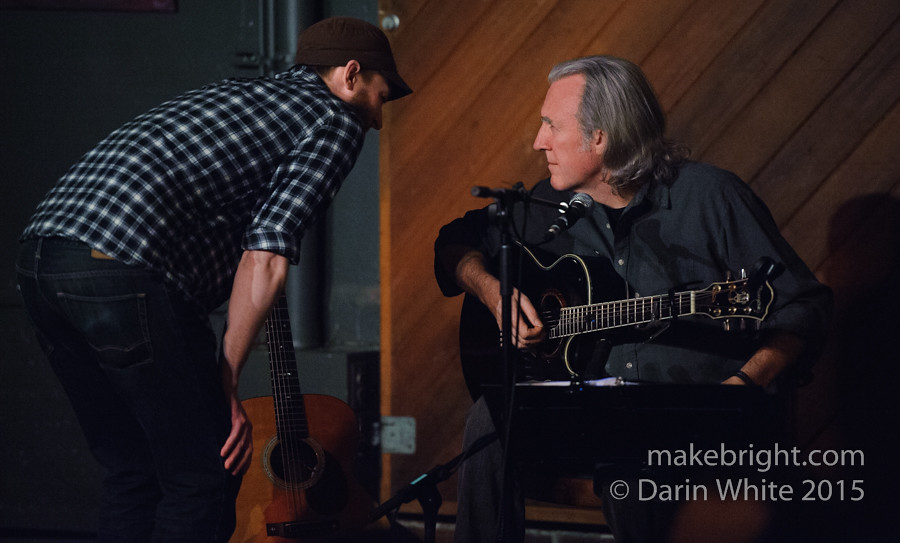 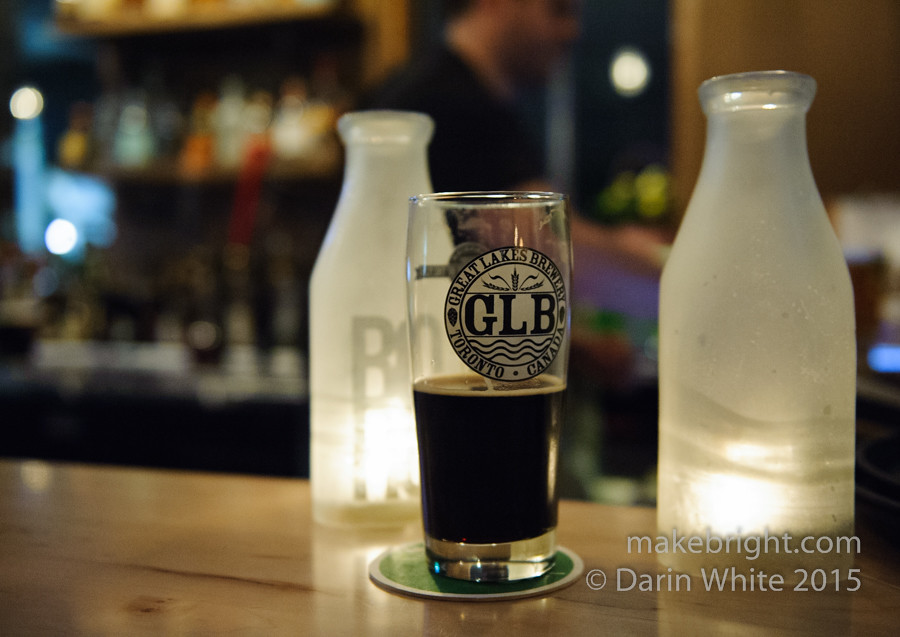 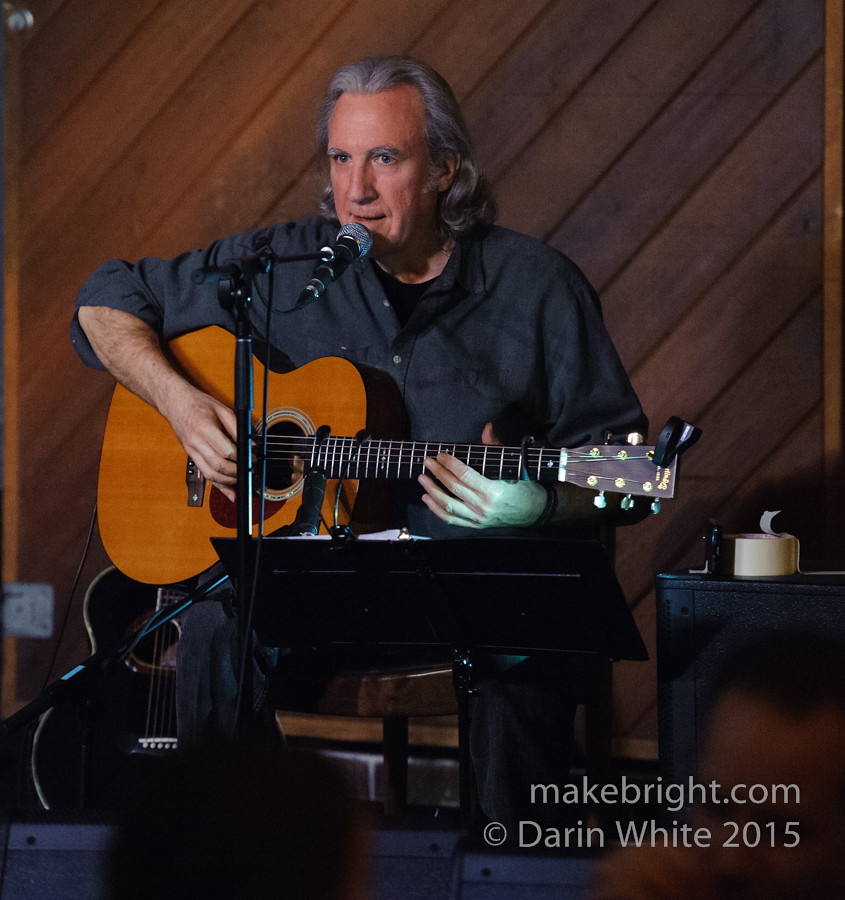 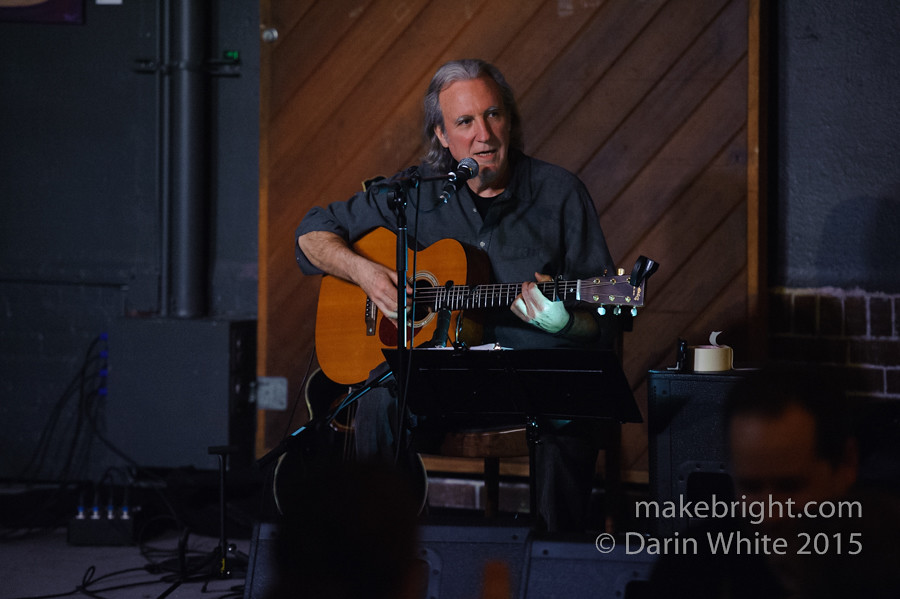 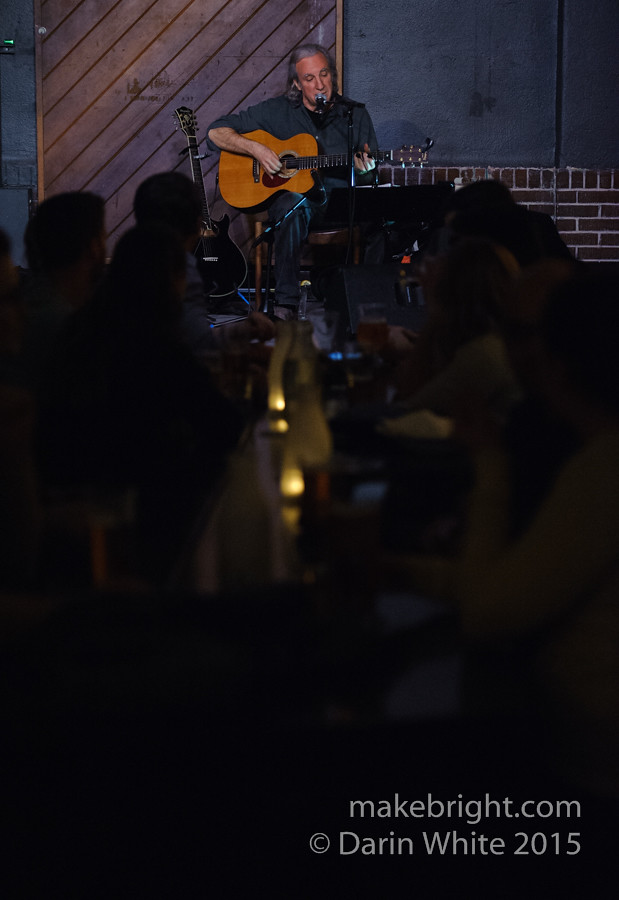 Down the line of picnic tables. Are they a Boathouse tradition? 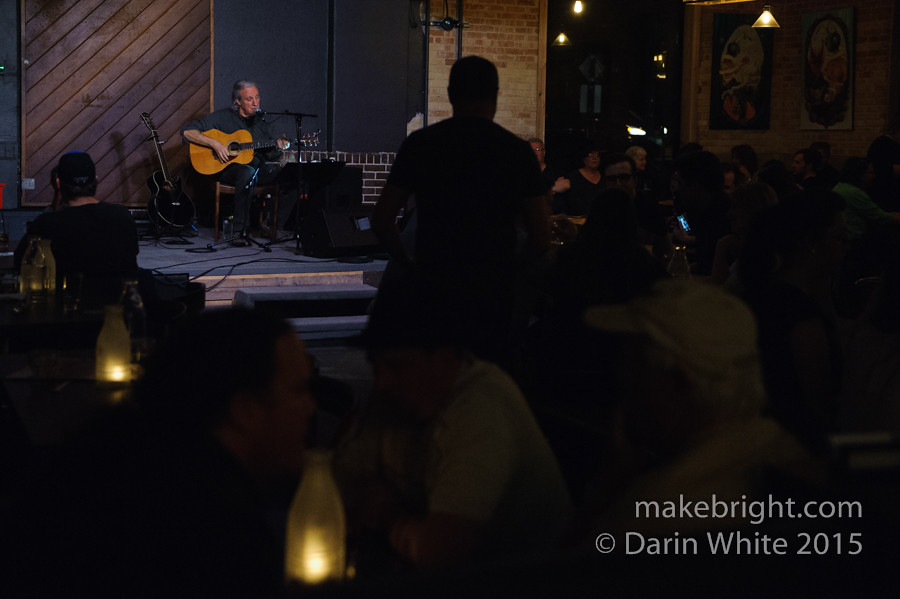 Three generations of Reinharts to the right of the stage. Represent! 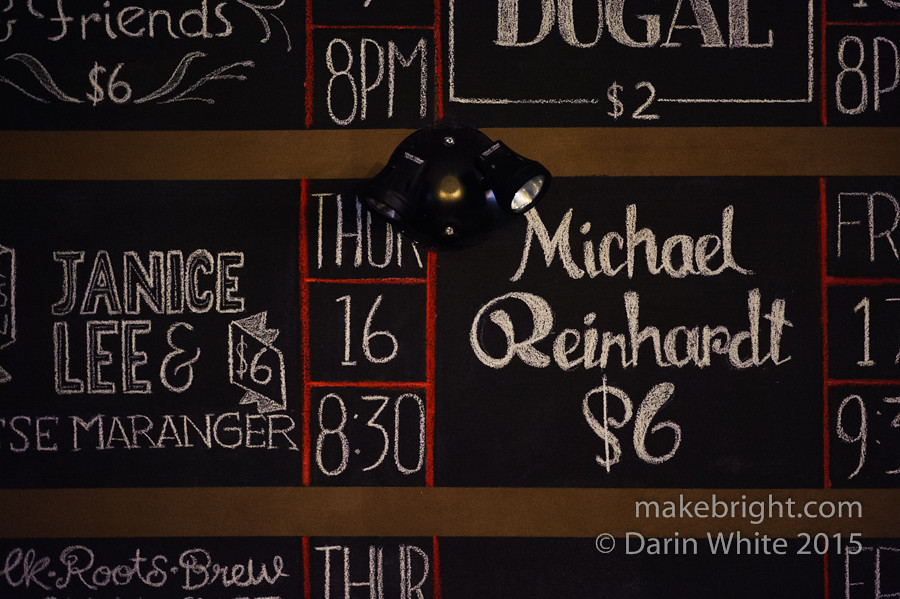 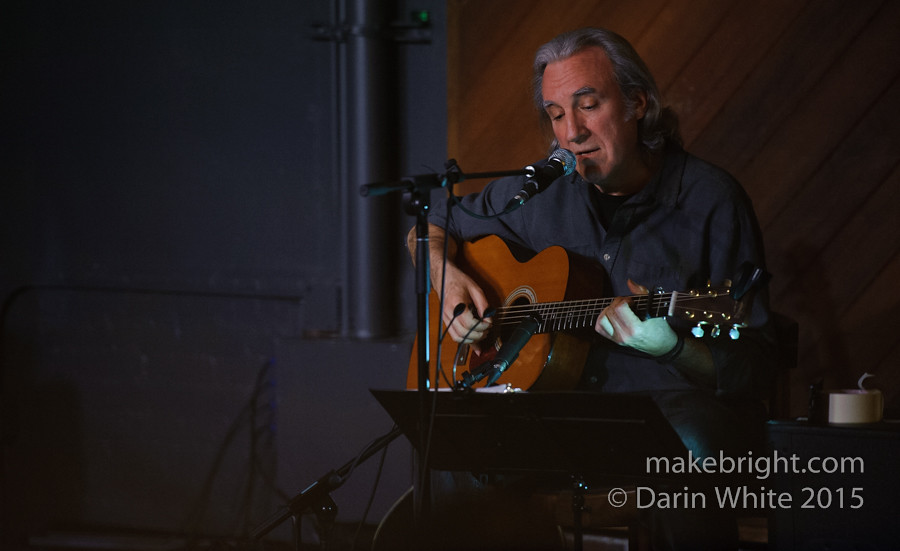 I’ve had some success shooting through the shutters by the door. Auto focus hunts a bit, but we git ‘er done. 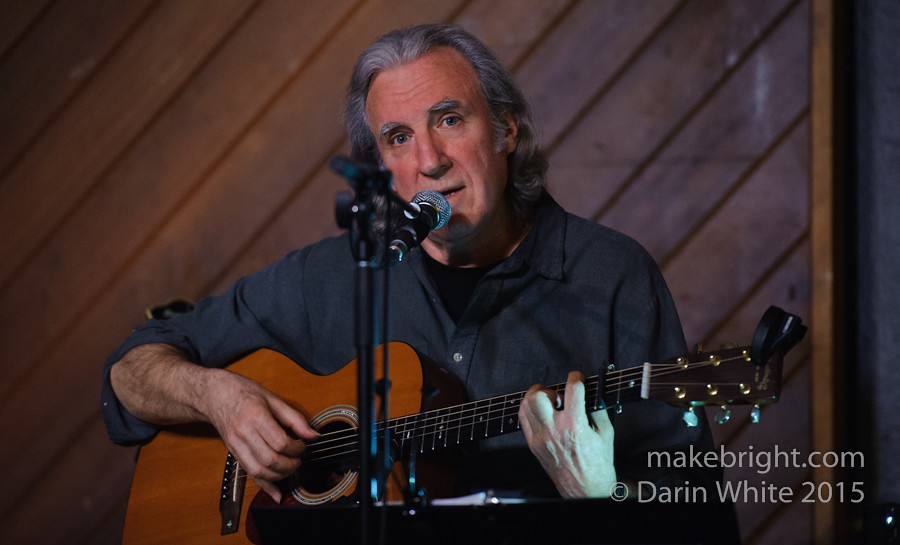 Michael not only composes/performs music: he also captures some great photographs in his world travels. Glad to have met him in person. 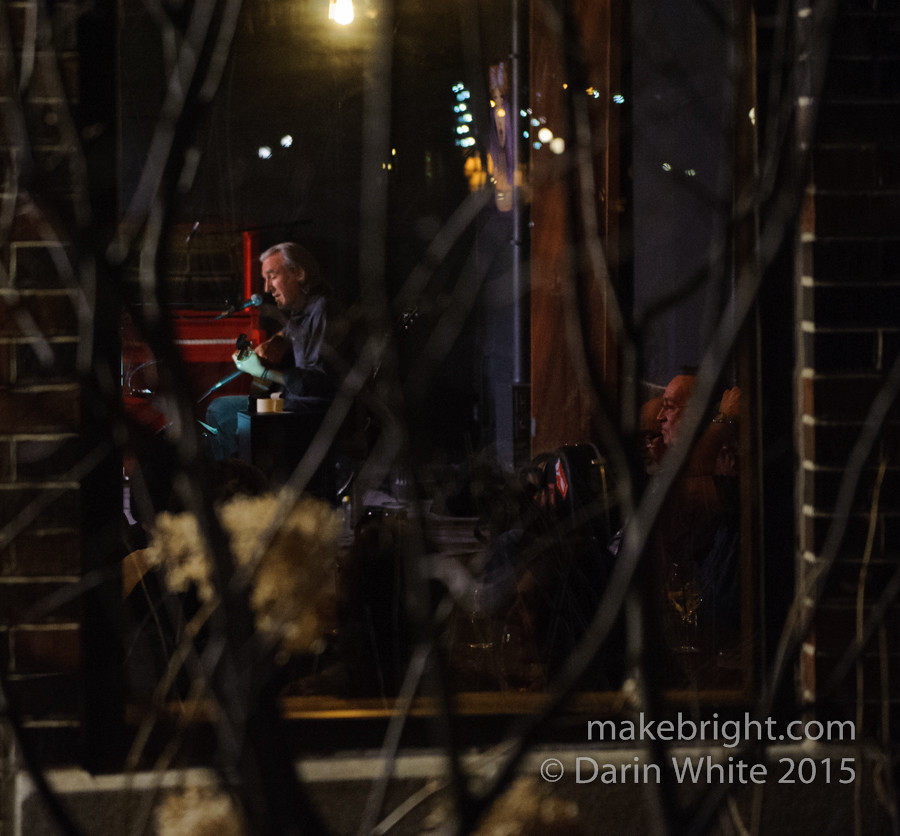 From Jubilee Drive in Victoria Park, this is Kitchener.

This entry was posted in music and tagged Boathouse, Kitchener. Bookmark the permalink.