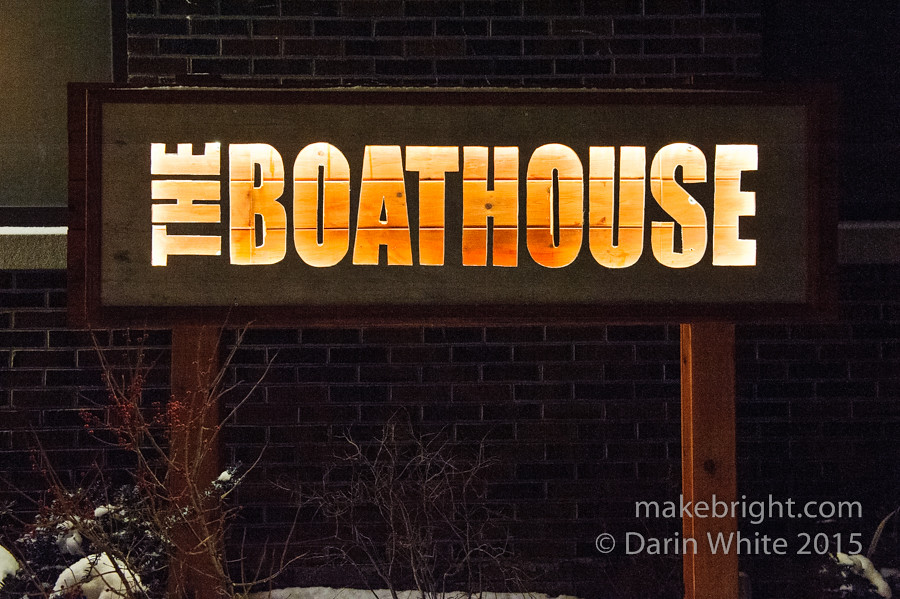 The Boathouse, a local joint in Victoria Park renowned as a music venue, lit up again last Thursday after a long process of ownership change and renovation. Bill McTavish, whom we love as the driver of Imbibe over on King, is now also at the wheel here, too. With Tessa Jennison on music and Natalie Herzing on bar and Bill’s usual selection of awesome beer, you’re going to need to go early. Brohemus and I rolled in there at 9:30pm and there wasn’t a free seat in the house as The Short Films were setting up. Chris Plunkett half-jokingly advises: “The trick is to go right after work. And then stay longer than you should admit publicly.”

Nice to see Stephen Preece as the quasi-greeter standing by the door. I thought he was joking when he mentioned the bar had opened for drinks only a few hours earlier. Rumour has it that somebody had to 5-hour drive round-trip to Toronto to get the liquor license so they could open the taps.

So, WR you know what to do when you see awesome: show up and spend a few bucks to keep it all going. Cover for the band was only $2. Parking is across the street by the ice rink or over on David Street.

This entry was posted in joint and tagged beer, Boathouse, Kitchener, music. Bookmark the permalink.