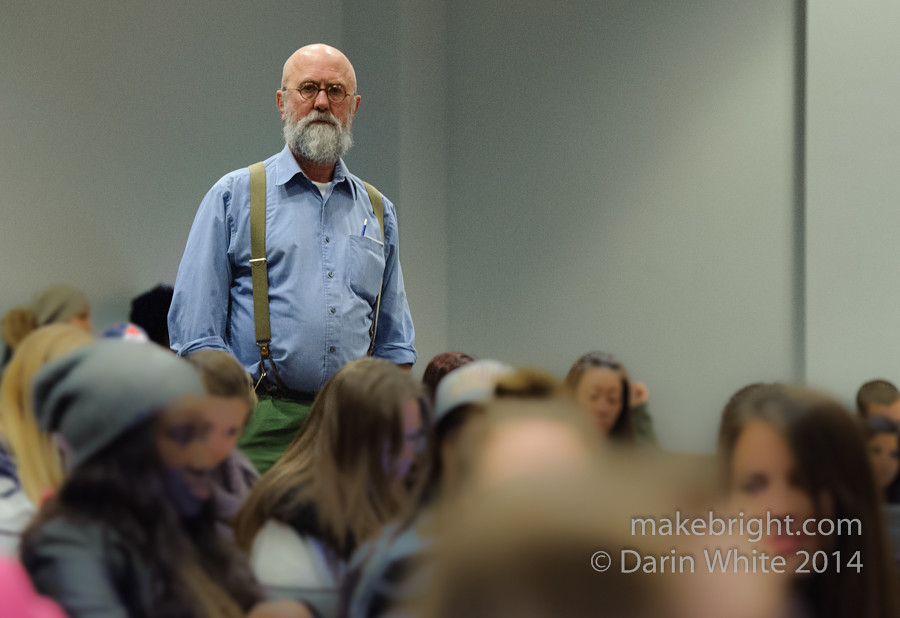 My friend Suzanne Luke, who curates the Robert Langen Art Gallery at the university, mentioned that Larry was coming to speak and that I was welcome to join to hear his talk. Holy macaroni, am I ever glad I did.

Many people might be more familiar with Larry’s still photo work, but today he showed us this wickedly layered video blending video, stills, music, and the sounds of machine gun fire. All this from the various conflict photography that Larry has done over a career spanning decades and multiple continents. It was so powerful to see the shooters juxtaposed with the victims over mashed-up audio from both sides combined with songs Larry composed and with friends performed. In a similar media blend that photog Louie Palu described earlier this month, Larry started shooting video and recording audio in addition to shooting stills. He talked about his pursuit as not just conflict photography, but more optimistically as conflict resolution photography. He talked about the secret wars that journalists can’t access. He talked Blackwater and the lucrative business side of war. He talked about the conscious decision to go his own way to Afghanistan to be free from restrictions imposed on journalists embedded with military. He showed a video he shot on a blown up bus in Israel where soldiers were trying to remove him from a bus and he was standing his ground. You have to be smart and understand your surroundings to know what is safe to do, he said in response to an audience question. He had authorization to be there from the Israeli government and the site was quite public, so he was pretty sure the soldiers weren’t going to take him out behind the bus and shoot him. It isn’t always so predictable in other parts of the world: “I wouldn’t go to Syria right now.” He told a story of a time he had arranged to embed with the Taliban, but the fixer that had set it up had to flee the country under threats after a misunderstanding. Larry talked about his efforts to deglamorize violence from the popular Hollywood version. He recalled a quote observing we had as a civilization achieved all these scientific and technical advancements and not advanced at all in terms of our humanity at all.

Ok, this is a total braindump, but there was a metric tonne of wisdom packed into that hour today. I could barely absorb it all. It reaffirmed my deep belief that photography, applied in whatever domain, can positively influence people. Check out Larry’s show Nightwalk documenting a night raid on a suspected bomb maker’s house in Kunar province, Afghanistan. The show runs through to December 6. Deets here.

Got to shake the hand of the man, through an introduction by Suzanne. A real pleasure. Thanks Larry for information and inspiration. Just outstanding. And thanks to Suzanne and Prof. Matthews for putting this together. 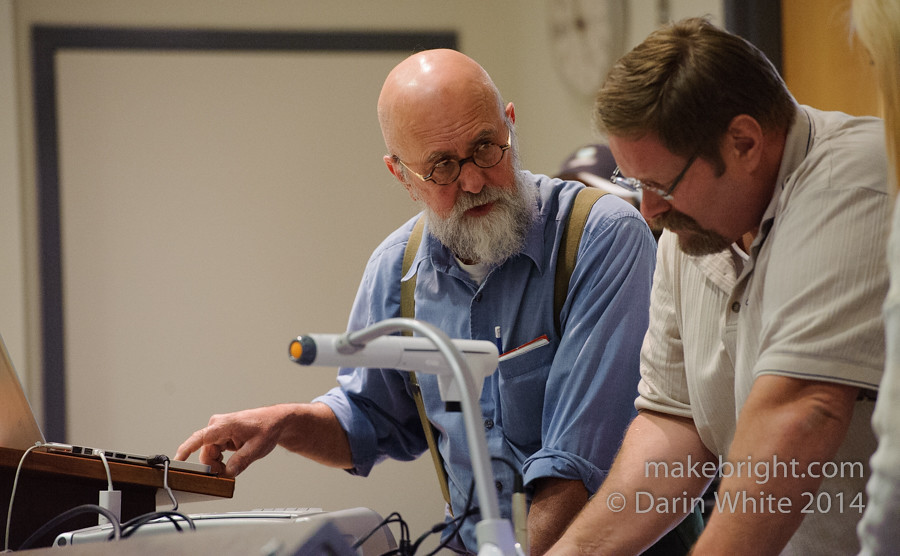 The demo gods, being what they are, conspired to thwart the necessary multimedia aspect of this gig, but all hurdles were overcome. Audio! Video! Man, this video Larry showed from El Salvador during the Reagan era… blew my frickin’ mind. I was looking at these shots, imagining what it took to be there and capture these images of unbelievably awesome composition. I’m not sure if the image-making genius of this work was lost on students not into photography, especially the dude that Larry called out for sleeping during the talk. For those… 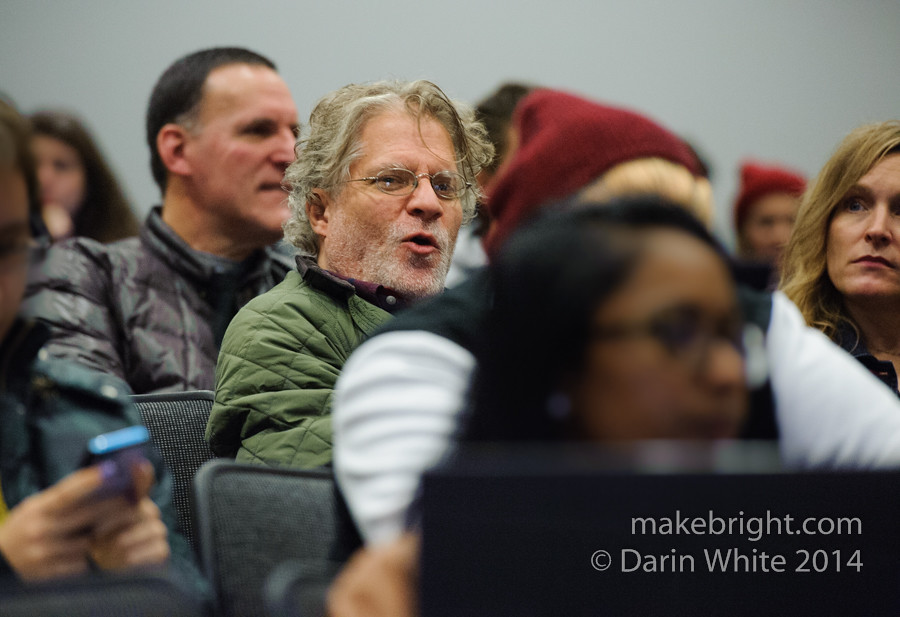 photogs like Mark Walton (in green), David McCammon behind him, and Jennifer King at right, you can take this in at a whole other level. 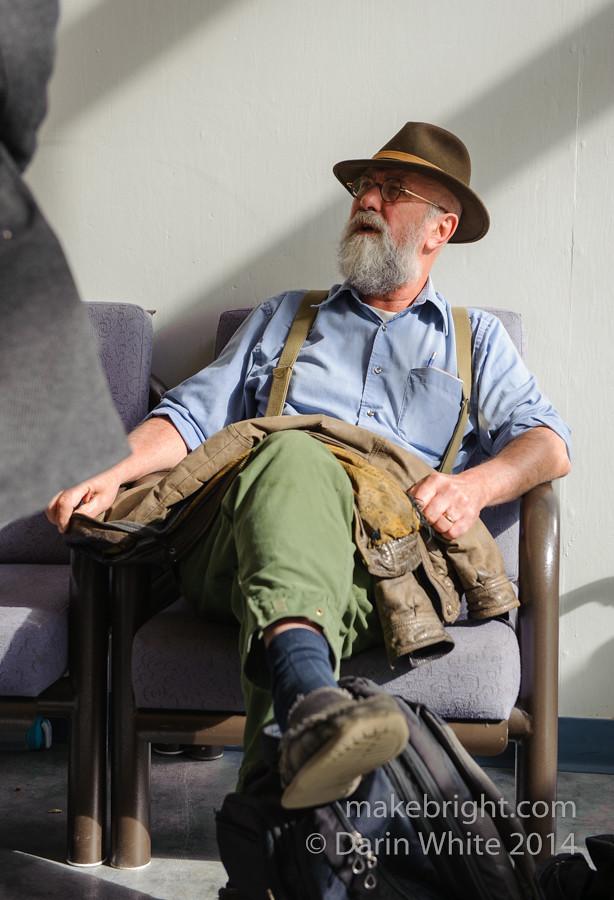 And then the talk was over far too quickly. Students, as they are known to do, started packing up to get to the next class. I was just trying to catch my breath and process what I had just seen and heard. I stumbled out of the theatre to shoot Larry in the hallway. 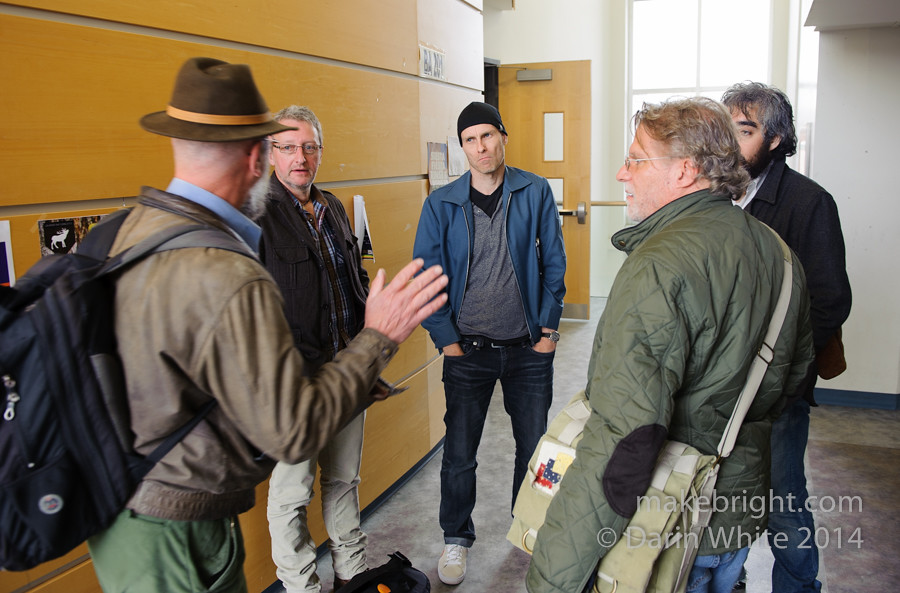 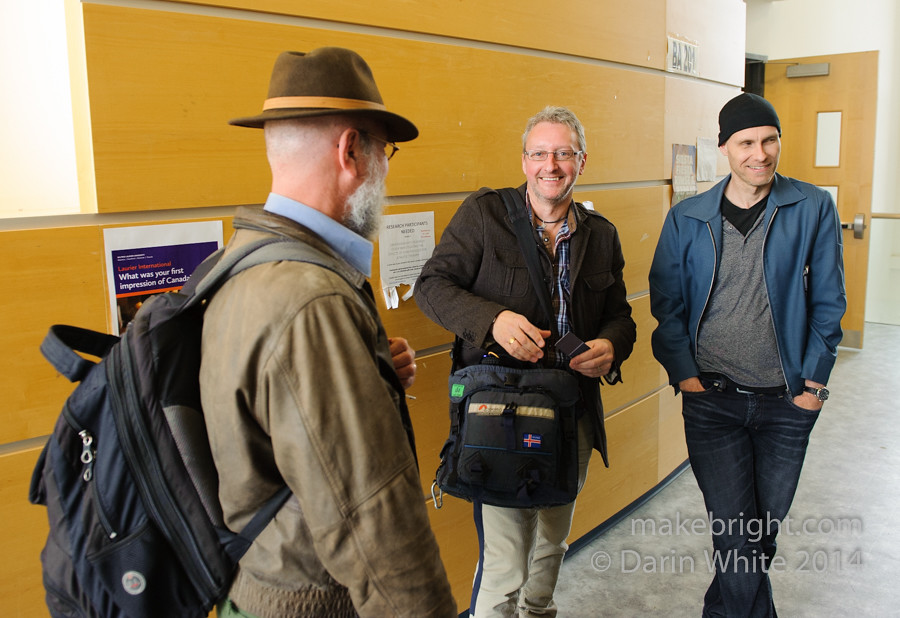 I make a crack about all these photographers with no obvious cameras. Karl makes crack about my big lens compensation. Par for the course. 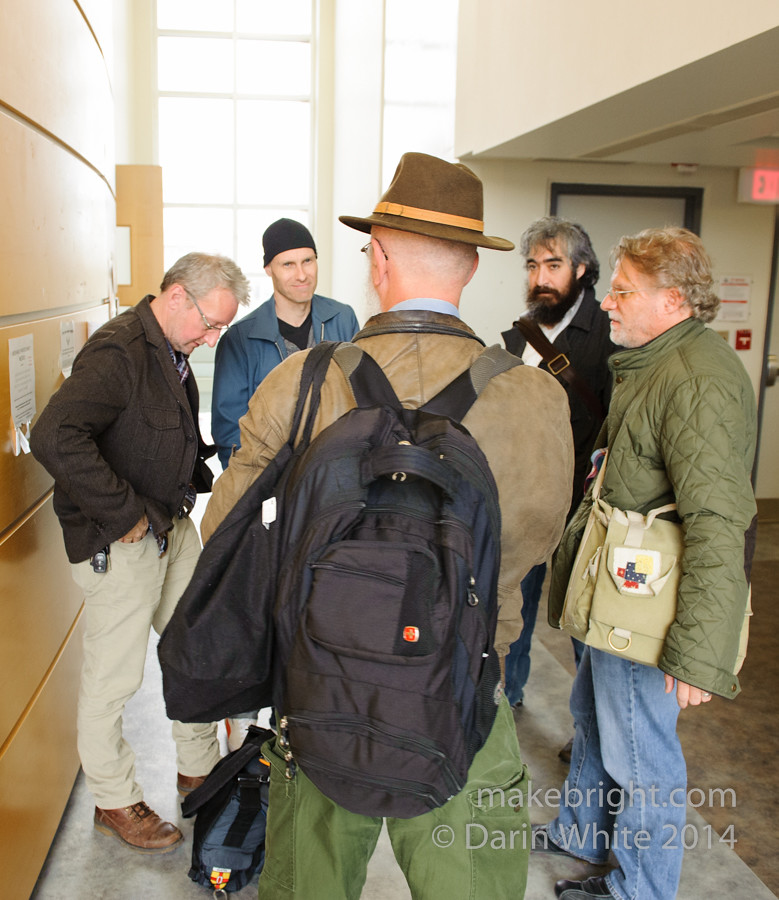 Let me state the obvious: Larry frickin’ Towell is here in Waterloo. In our town. Those that know me, know I’ve only begun scratching the surface in terms of learning about the history of photography and the giants of this discipline. But even I know this is a big deal.

In the Bricker Academic Building at Laurier, in the presence of greatness, this is Waterloo.

This entry was posted in photography and tagged photographer, waterloo, WLU. Bookmark the permalink.